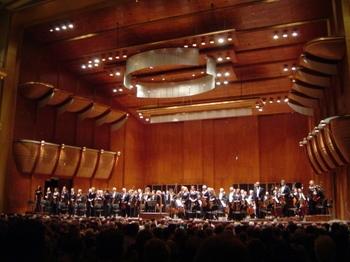 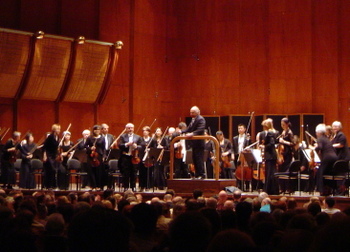 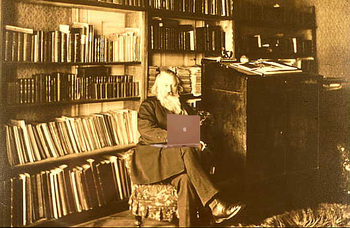 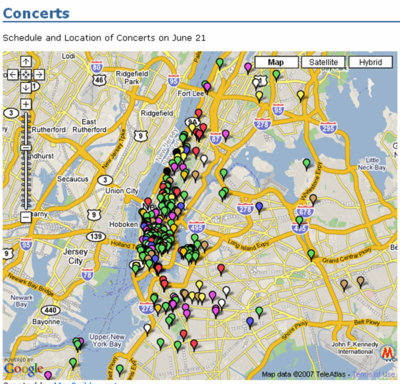 This Shouldn't Be Possible 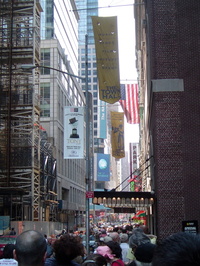 I am almost at a loss to describe what I witnessed yesterday at Town Hall, the final event of this season's Free for All at Town Hall series. Bach's Well-Tempered Clavier, a set of preludes and fugues written for keyboard in all 24 major and minor keys, consists of two complete versions: one written in 1722 in Kothen, and the second in 1744, at the height of his compositional powers in Leipzig. There has been much speculation regarding Bach's motivation behind the composition of The Well-Tempered Clavier. In format, they are study pieces, meant to convey the basics of counterpoint and harmony. But, they are much more than that: among the 96 individual pieces are some of the most sublime and profound works ever composed for the keyboard; taken as a whole, they are one of the absolute pinnacles in all of music. In the end, Bach's probable intention was to show that there are no "right" or "wrong" keys: that, "all keys deserve their place in the sun," according to a note in the program.

Performances of The Well-Tempered Clavier are legion. Beethoven performed the sets regularly as an 11-year old prodigy, and they had a profound impact on his own compositional style. In more recent times, Daniel Barenboim played both books at Carnegie over two concerts this past January, and Angela Hewitt will do the same in October. Currently, there are 559 listings of The Well-Tempered Clavier on Amazon. But, to the best of my knowledge, no one has matched the feat pulled off yesterday by the 30-year old Russian pianist Konstantin Lifschitz, who performed both books in two concerts. Moreover, Lifschitz combined the two books, playing the C major set from Book I, followed by the C major set from Book II, in order to follow a steady progression through the chromatic scale. And, he played them all from memory.

The whole thing took about eight hours, with a two hour break in the middle for dinner. (I got the feeling this respite was more for our benefit than his.) I've been through my share of musical marathons before (Wagner, anyone?), but I have never witnessed such a display of virtuosity and stamina from a single performer. (The closest I can recall was Yo-Yo Ma's traversal of the complete Bach Cello Suites at Carnegie in January 1991, which took a total of four hours, with a 90 minute dinner break.) By the end of the first hour, I was already completely overwhelmed.

I must admit I am ambivalent in my reaction to this bewildering spectacle. On the one hand, I feel fortunate to have experienced the symmetry of Bach's entire musical journey in a single day, even if there were moments when I temporarily zoned out. But, I can't help wonder how Bach himself would feel about Lifschitz' performance, seeing as he never intended for all of these preludes and fugues to be played at once - and certainly not from memory. My guess is that he would be astonished, perhaps even appalled to know he was responsible for such madness. And, one look at Lifschitz - who is alarmingly gaunt with a scraggly beard, and who mutters to himself while hunched over the keyboard - one can't help but think there should be a rule against this sort of performance. (Even John Scott spread his Buxtehude out over four months.) 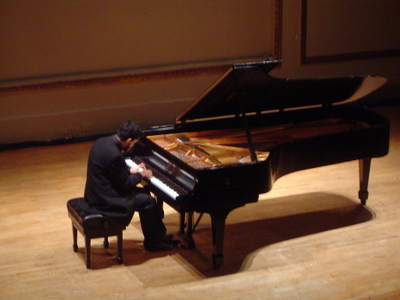 That being said, Lifschitz is far more than a trained monkey, showing a real depth of artistry and maturity in his playing. And, after appearing at times like he was ready to cave during the first concert, he seemed relaxed, almost nonchalant throughout the second concert. Lifschitz is clearly a major talent, who will almost certainly enjoy a successful career - provided he doesn't flame out.

By the third hour or so, I gave up being astonished by Lifschitz and simply fell into the music. The pieces in the major keys were beautiful and warm, while those in the minor keys - particularly the one in B-flat minor - necessarily leaned towards the dissonant. Everything built up to the final key of B minor, which sounded majestic and regal, perhaps even a bit sad. (This is the key Bach reserved for his own great Mass.) Lifschitz played it with deep reverence, letting the notes linger a bit longer than before, almost as if he didn't want the evening to end.

When the last notes did finally pass from his fingers, he was greeted with a raucous ovation, which he seemed genuinely surprised by. After three curtain calls, he returned the favor with an encore: the very first prelude from Book I, making me seriously wonder if he was ready to start the whole thing over again. After two more curtain calls, he played a second encore: something soft and sweet I couldn't remember from the second or third hour. Lifschitz came back for one more bow in front of the delirious applause before finally leaving the stage for good. I can only hope he had a hot meal and a big glass of Stoli waiting. 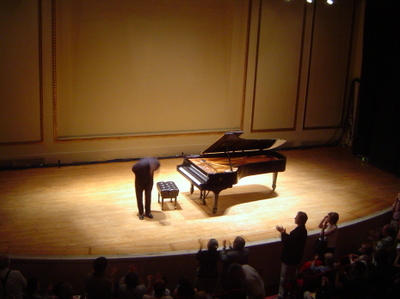 Postscript: On the sides of the stage, one could see the amps and wires set up for Bright Eyes' sold out run of seven concerts, which resumes tonight. I immediately had a fantasy that Conor Oberst, the lead singer, showed up yesterday thinking he was playing, and instead ended up staying for Lifschitz' entire performance, prompting him to announce from the stage the following night his newfound devotion to the music of Bach, proclaiming rock music "dead." Like I said, just a fantasy...