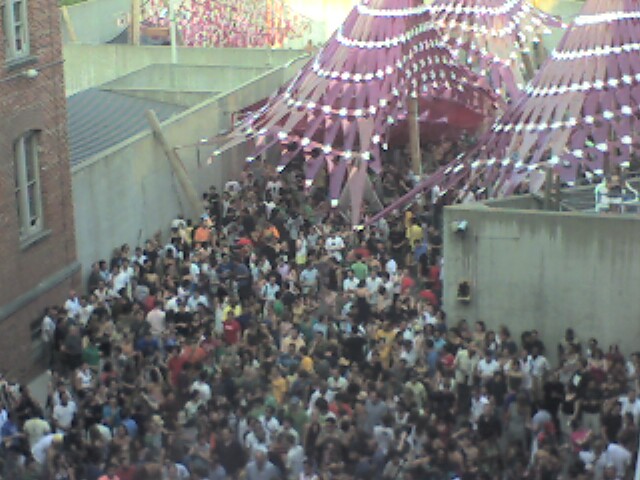 Up in Queens now for the last P.S. 1 Warm Up of the year (well, the last one with DJ's: next week is a rock bill.) Escort is the headliner, going on around 8.

Wandering the museum, I stumbled on a show called "Organizing Chaos", featuring both chance and determinist works by John Cage, Cornelius Cardew and Steven Vitiello. My personal favorite: Christian Marclay's "Guitar Drag", in which a guitar hooked to an amp is dragged behind a truck for the better part of an hour, until it collapses. More noise than music, but I found myself laughing out loud more than once. 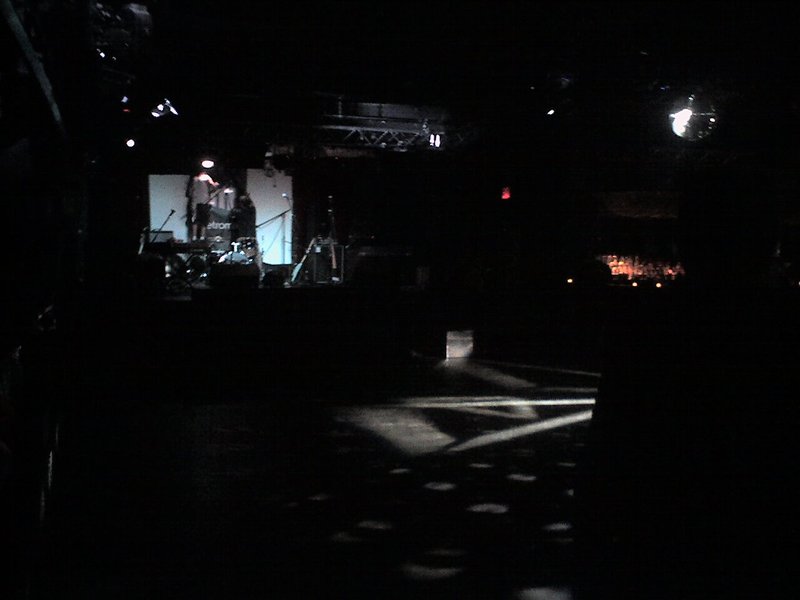 After a productive Saturday morning (for me, at least) I've been nursing my beer at Studio B's "After The Jump" fest for the better part of an hour. Rule No. 1: never show up at a show less than an hour after the stated start time (sigh). Eh, what do you want for free? Teenage Prayers are up first. 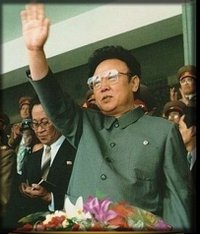 I've just caught wind of the news that the North Korean Minister of Culture has extended an invitation to the New York Philharmonic to perform in Pyongyang before the notably-eccentric Dear Leader, Kim Jong-Il. The invitation reportedly comes on the heels of a recent meeting between U.S. ambassador Christopher Hill and his North Korean counterpart Kim Kye-gwan, in which they discussed the possibility of cultural exchanges between the two countries in a bid to improve ties.

Of course, North Korea has been labeled part of the Bush Administration's "Axis of Evil," and has recently tested a number of nuclear weapons within its borders. However, diplomatic relations have generally improved since North Korea signed a disarmament agreement in February.

Philharmonic PR man Eric Latzky says the Philharmonic board is currently considering the invitation, which would mark the Philharmonic's first trip to the Communist country. "We appreciate any invitation to the New York Philharmonic and will explore the possibility of this as we would any other invitation," he says. Who knows, maybe Kim will even contribute some May Day performers to add a bit of color to the proceedings.