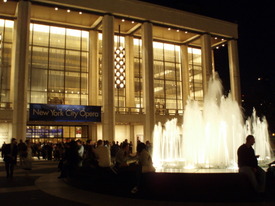 I only made it to City Opera in time for the second act of last night's performance of Margaret Garner, but that was long enough to capture the essence of composer Richard Danielpour and librettist Toni Morrison's extraordinary achievement. The gripping opera, based in pre-Civil War Kentucky, concerns the tragic tale of it's title character: a runaway slave who suffers rape and degradation at the hands of her white owner, then kills her children rather than have them grow up to suffer the same fate. The subsequent trial in Cincinnati absurdly convicts Garner of "property destruction," rather than murder. When the owner arranges for clemency as she stands on the gallows - on the condition she be released to his custody - she pulls the trap door on herself. 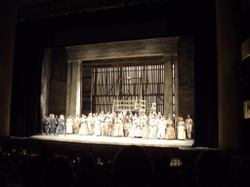 Danielpour has written Margaret Garner largely as a folk opera, recalling Gershwin's Porgy and Bess in it's incorporation of jazz and blues idioms, while the story shares far more in common with Leos Janacek's 20th Century masterpiece Jenufa, a staple of the repertory and seen just last season in an extraordinary Met Opera production. Danielpour's lush, occasionally discordant score was engaging and harmonically complex, if not exactly genre-busting in it's innovation. 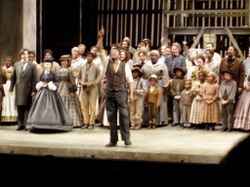 The cast was uniformly superb, investing their lines with Southern and Black rhythms. Among the leads, Gregg Baker, reprising the role of Margaret's husband Robert that he created for the world premiere production, was a hugely powerful presence with his booming, rich baritone. Lisa Daltirus was searing in the role of Margaret's mother-in-law Cilla, bringing to mind Anja Silja's unforgettable performance last season as the Kostelnicka in Jenufa. And Tracie Luck, who played Margaret, brought an engaging mix of detachment and honesty to the role, becoming ever more spectral as the performance wound to its tragic conclusion. 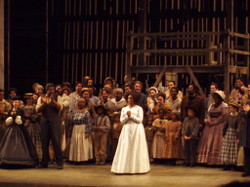 Perhaps the greatest aspect of Margaret Garner is the eloquent and moving libretto by Toni Morrison, whose Pulitzer-prize winning novel Beloved was based on this same story. "The words hold the music," Morrison says in a video on the City Opera website, and the Nobel-Prize winner - one of this country's great artistic treasures - obviously took her responsibility to heart:

"Only unharnessed hearts can survive a locked-down life."

"Reason has no power here over the disconsolate. Grief is my pleasure." Curiously, the reaction to Margaret Garner among the New York critics has been everything from lukewarm to downright disparaging. Which appears to be further evidence of the growing abstraction that plagues musical criticism, as if critics are desperately trying to hold onto their threadbare principles in the face of what is happening around them. Opera is a democratic experience, and for 400 years, the success of a performance has been determined not by a critic's next-day column, but by the audience's immediate reaction - which tonight was a full, enthusiastic, and well-deserved ovation. It is no secret that music critics confer with each other during intermission, and the fact that they have chosen to largely disregard the audience's viscera 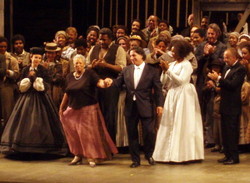 l response in their reviews says that they are more afraid of one another than they are of losing their quickly-fleeting relevance. (Tan Dun's The Last Emperor enjoyed a similarly-polarized reaction during its Met premiere last season, and it's sold out run far outweighed the critics' pans in Peter Gelb's decision to return it to the repertory this season.) This is not to say that audiences are always right in their estimations: I have been bewildered more than once by the disconnect between the quality of a performance (good or bad) and the audience's reaction to it (positive or negative). Last night was not one of those times.

Postscript: For those who haven't already heard, City Opera's incoming General Director, Gerard Mortier of the Paris Opera, announced last week in the New York Sun his intentions for the 2009-10 season. It is a doozy: Messiaen's Saint Francis of Assisi, Stravinsky's The Rake's Progress, Glass 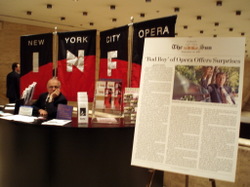 ' Einstein on the Beach (it's first NY performance in 30 years), Adams' Nixon In China, and Britten's Death in Venice, starring British tenor Ian Bostridge. In addition, Mortier will expand the Opera-for-All program, which currently offers $25 tickets to three performances in the fall, to run through the whole season, with 40,000 tickets available between $5 and $20. He also plans to hold weekend afternoon educational concerts, combining a musical performance with a kind of talk-show format, in which Mr. Mortier will converse with a celebrity guest, possibly an actor or a rock singer. Odds are, folks at the State Theater are a lot more jazzed about it all than this guy. 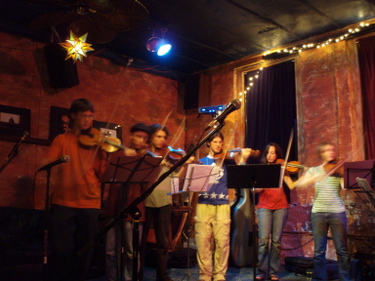 On my way home tonight, I stopped by the Tea Lounge in Park Slope for the debut of Tom Swafford's String Power: a pickup band of eleven young string players, most from the Mannes School in Manhattan. The played an eclectic mix: everything from Praetorius, to Charles Mingus, to some of Swafford's own compositions. Some of it was a bit uneven - in unison, they sometimes sounded like a Suzuki class rehearsal - but mostly they were tight and energetic. Not to mention in your face: at one point, I almost got poked in the eye by the cellist's bow.

Swafford - who did all the arrangements and led the group - is a recent transplant from Seattle. "There are just so many great musicians here," he told me at the break. "I met some of these guys in school at Berkeley, but you really have to come here to find this many players willing to try this sort of thing." He was charmingly awkward onstage, apologizing at the outset to all the glow-faced patrons trying to surf the 'net. "We won't be more than a couple of hours," he said.

On his website, Swafford speaks about his approach to music, which isn't all that different from your's truly:

"In high school I played keyboard in a rock band, piano in the school jazz band and violin in the orchestra... Recently, the contrasts have become even more extreme. One night I play with a punk band in a dingy bar where the audience throws beer to show their appreciation, the next night I play string quartets in a church sanctuary. I do not believe in the supremacy of any one genre of music any more than I believe one type of person is better than another."

No word on String Power's next performance, but we'll be keeping an eye out.

Speaking of DIY fallen classical outfits, Anti-Social Music will be playing Galapagos on Sunday with Opera on Tap. (They're calling it an "OOT-ASM".) Door's at 5p, $5. 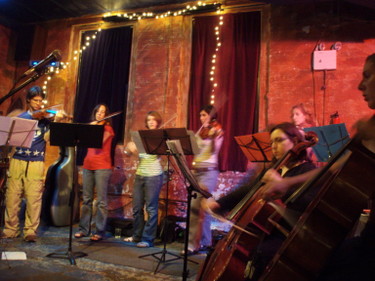 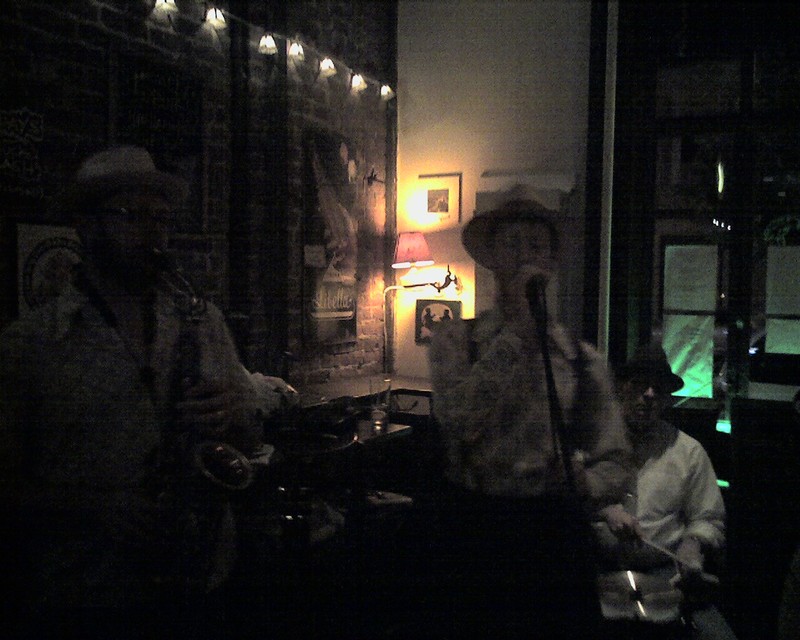 After a night of schmoozing at the Friars Club as part of Advertising Week, I headed back to local favorite Cafe Steinhof for their weekly live music session, which last night featured the old speakeasy sounds of River Alexander and The Mad Jazz Hatters. For those in the nabe, Steinhof will be hosting their 6th anniversary party next Monday, with free beer and gulash from 7-9p, followed by a screening of "The Sound of Music." Get there early.