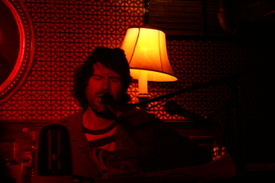 ascinating show at Union Hall, around the corner from the Brooklynbretta fest. Rhys is the longtime lead singer of Welsh outfit Super Furry Animals, but has been spent much of the past year working on his sophomore solo release Candylion (Team Love). In order to approximate the sound of multiple musicians, Rhys resorted to sampling various sounds onstage, then overdubbing them - much as Reich does in his Counterpoint pieces. This DIY ethos isn't new: I remember seeing a Ted Leo show at Tramps in the late 90's, before he had the Pharmacists, where he sang and played guitar backed by a drum machine and a recording of himself on rhythm guitar. That's what I call "indie." 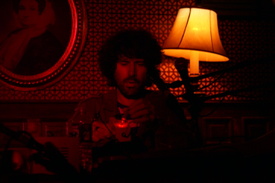 Rhys sat behind a tartan-covered folding table, filled with all sorts of gadgets: toy glockenspiel, plastic trumpet, tambourine, metronome, half-a-dozen noisemakers. In one song, he unleashed a chorus ofsampled jingle bells, filling the room with aural snow; in another, he recorded his own voice over and over until there was a full, deafening chorus. The crowd would occasionally chuckle at some of the sillier sounds, but Rhys kept stonefaced throughout: his experiments are no stranger than anything you'll see at a Bang on a Can concert (whose t-shirt I happened to be wearing last night.) 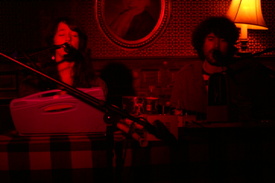 Rhys was joined by fellow his Welsh friend Lisa Jen, normally lead singer of the band 9bach . The Welsh are famous for their singing, and Lisa did not disappoint with her honeydipped Celtic voice, singing in English, Spanish and Welsh. On "Cycle of Violence," she continued to sing placidly even as Rhys poured on the samples, eventually building to a terrifying scream. 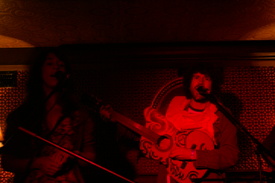 The songs themselves were mostly soft and gentle, though Rhys inventive lyrics kept them from falling down the pop rabbit hole. They finished with a 20-minute number about a commercial flight in 1976 that was threatened by a terrorist bomb. Wearing an emergency life vest, Rhys said he could have gone on all night, but mercifully chose to synopsize the remainder of the story: the plan lands safely, and a lovechild named "Skylon" is born from a Mile-High Club coupling. (At least it wasn't as long as Music For Airports.)

Rhys will be on tour in the US through 9/29, then returns to the UK for a European tour with the Super Furry Animals. Dates on Rhys' Team Love page. 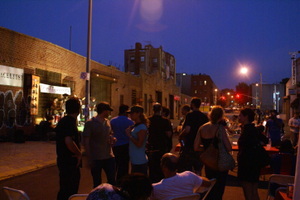 My friend Neil Lipuma of White Shoe Records hosted the second annual Brooklynbretta Fest on Sackett Street yesterday, featuring a day-long lineup of local acts, along with BBQ and beer from nearby Union Hall. A great way to wind down a music-filled summer in the great outdoors. 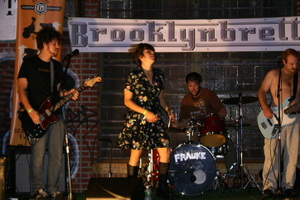 The big discovery for me was the thrash-rock Man in Gray (pictured), a five-piece outfit fronted by the stunning Tina DaCosta (think a more sexy Karen O, without the original clothes.) 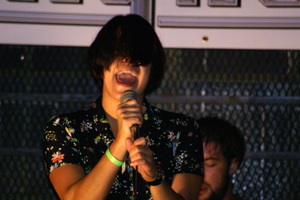 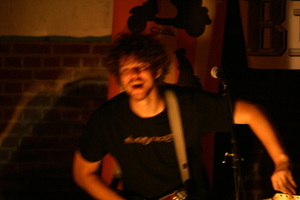 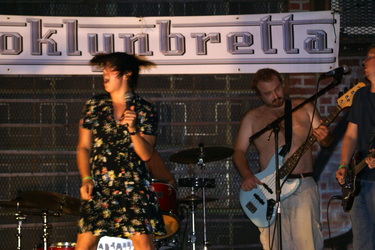 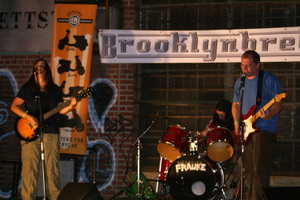 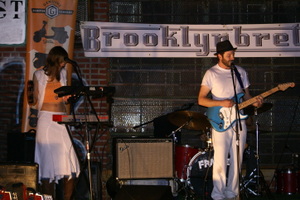 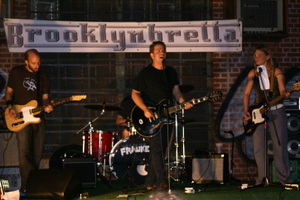 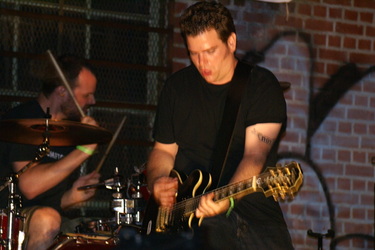 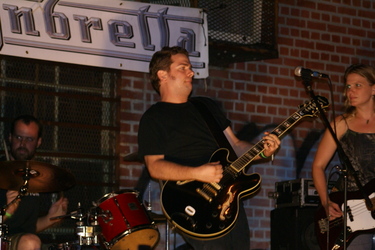 Feastin' at the Buffet 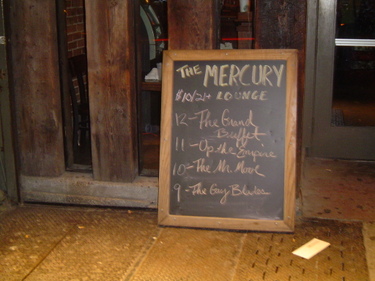 I've known about whiteboy hip-hop duo Grand Buffet for a long time through my Pittsburgh friends, though I never had the chance to see them live before last night's midnight 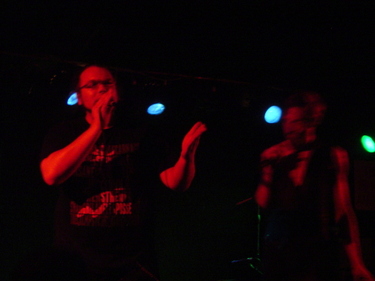 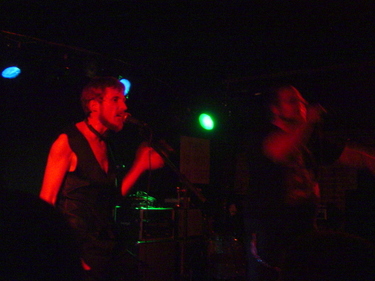 Mercury Lounge. Highly entertaining, with positive raps about politics, drugs, celebrity, and other American malaises. They've been around for over a decade, but have been starting to gain some traction on the indie scene, showing up on festival bills like Austin's Fun Fun Fun fest in November. They'll be back here to play Roseland on Oct. 13 with Of Montreal. 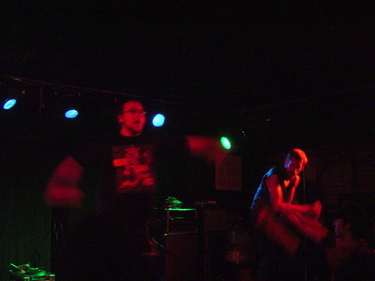 Speaking of Pittsburgh, my friend Greg Hoy and his new outfit Twice as Bright will be playing today's free BrooklynBretta Music Festival on Sackett between 3rd and 4th Ave. Festivities kick off at noon and goes till 9p. Other acts include: Man in Gray, Frauke, and The Exeter Popes. Beergarden provided by Union Hall.