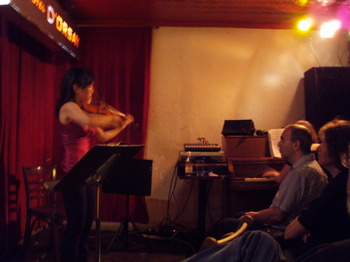 I made it back from the LSO in time to catch this month's installment of Barbes Classical, featuring the talented young violinist Jessica Lee playing before an intimate crowd. She started with a fiendishly difficult Bach Chaconne, continued with a Paganini caprice, and ended the first half with two pieces by Korean composer Isang Yun. The second half consisted of the Tchiakovsky Violin Concerto, with the orchestra part played on piano by a friend of Lee's. Which made me wonder: what's the difference between a concerto and a sonata? The setting was far from ideal - and I swear I'm going to hurt someone if I have to hear one more performance of that concerto - but I did hear some gritty detail that would otherwise have been swallowed up by a concert hall, or out in some park.

The next concert on Nov. 11 mixes things up a bit, featuring the Parker Quartet playing with house band Las Rubias Del Norte. And Now For Something Completely Different... 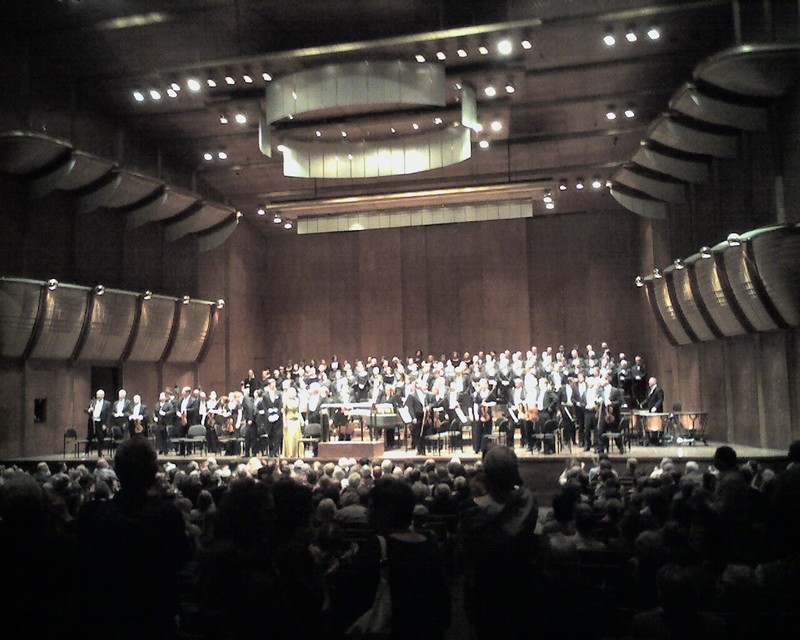 After five days of CMJ, I'm up at Avery Fisher for the ultimate palate-cleanser: a performance of Haydn's Creation with the London Symphony Orchestra and Chorus, soloists Sally Matthews, Ian Bostridge, and Dietrich Henschel, and conductor Sir Colin Davis - who turned 80 last month but doesn't look a day over 60 on the podium. The performance is radiant and glorious: I'll have more to offer once I'm back in front of a computer.

I made the most of my day off yesterday, starting out at the free day show at Piano's, sponsored by Brooklyn Vegan. (Thanks, too, to Svedka vodka for all the free Bloody Marys and Burritoville for the free food-to-go.) 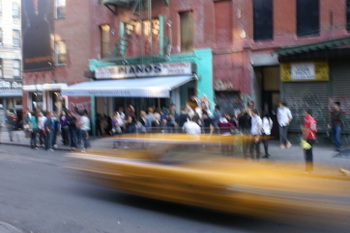 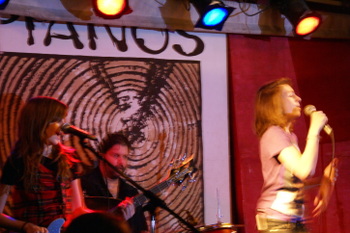 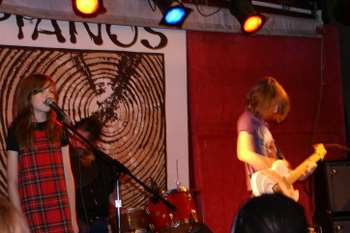 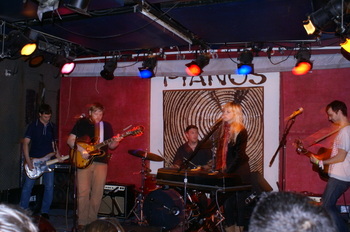 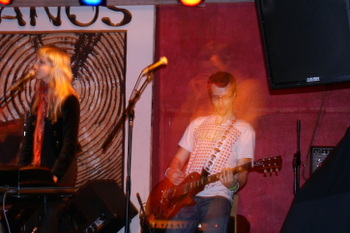 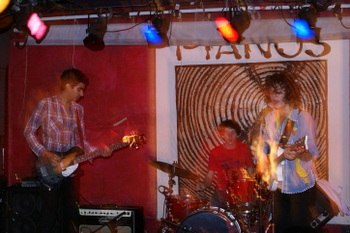 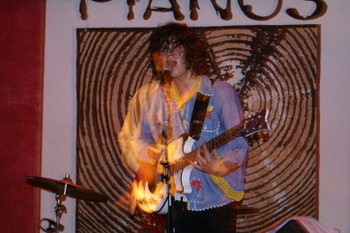 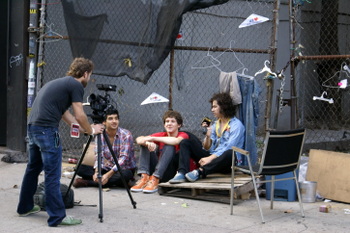 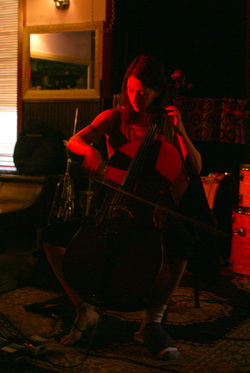 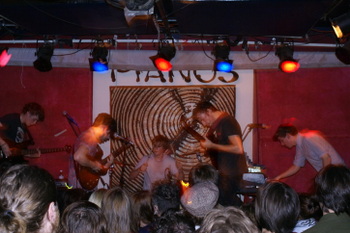 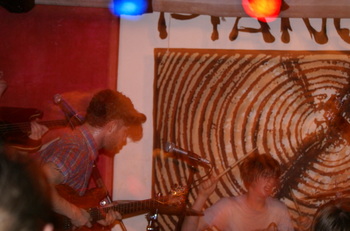 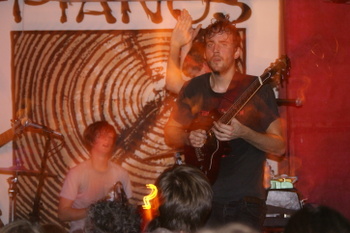 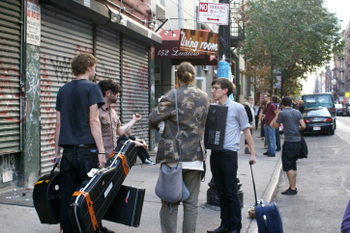 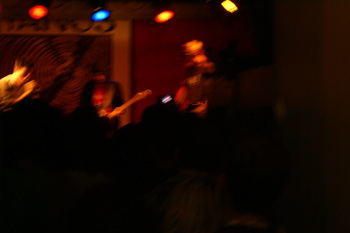 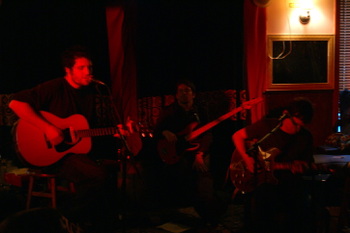 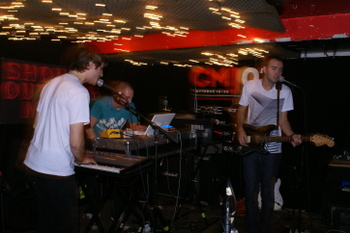 After a short break, my friend Pete and I caught a cab uptown to see the sold-out Spoon show at Roseland. I saw them at ACL last month, and thought they were deserving of a second listen indoors. Opening were The Ponys, who were a bit in over their head, but good enough for filler. 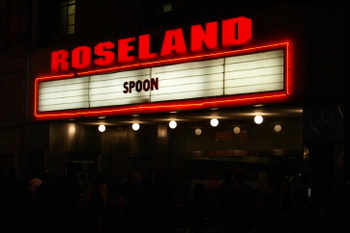 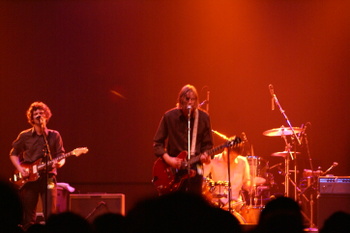 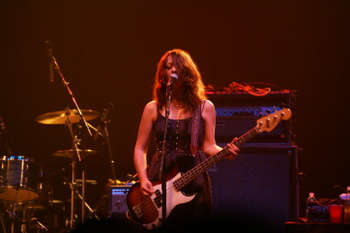 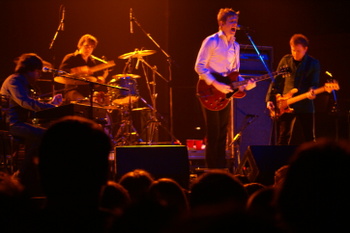 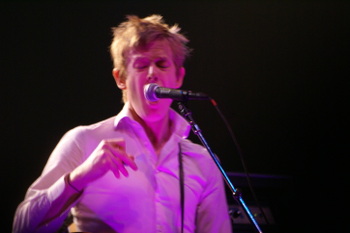 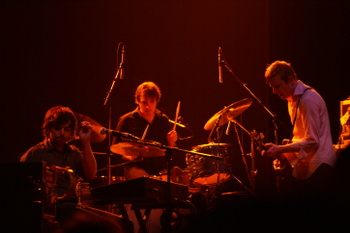 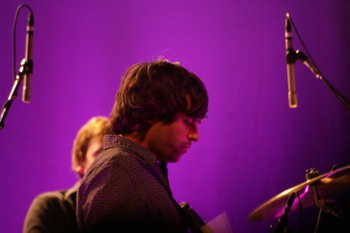 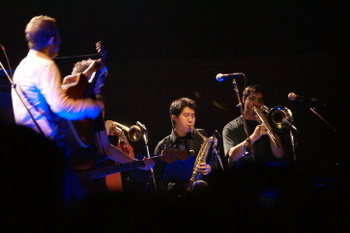 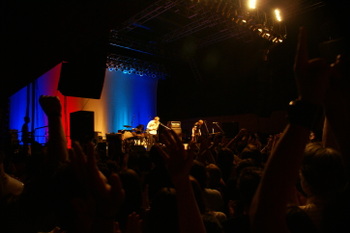