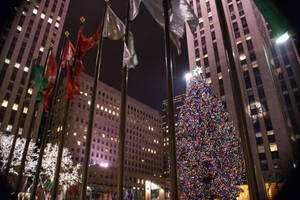 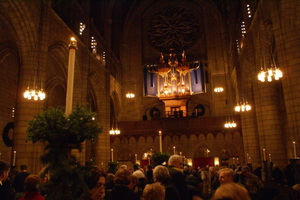 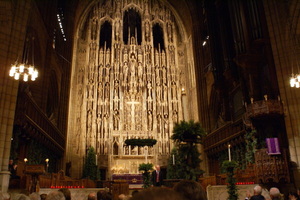 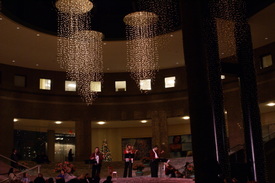 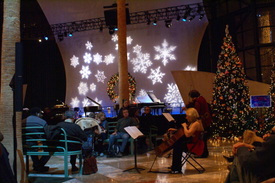 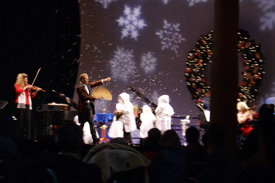 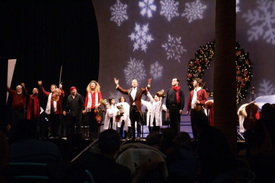 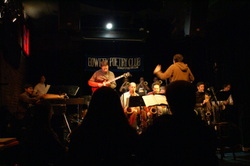 You don't expect composer-bandleaders to show up for gigs wearing brown hoodies and jeans, but that's how Darcy James Argue showed up Sunday night at the Bowery Poetry Club to lead an emphatic, challenging, and ultimately triumphant performance by his self-styled Secret Society big band. Many of you in New York know Darcy from his popular blog on the New York music scene, but he is first and foremost a talent of the first order, already on a par with his mentors Maria Schneider and John Hollenbeck. 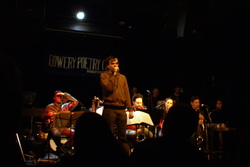 The whole venture defies belief: Argue, who doesn't look a day over 25, composed or arranged all of the works on the diverse, two-hour set. He works within a traditional jazz idiom, but incorporates elements of rock, minimalism and electronic music to create a wholly new and unique sound. As if that weren't enough, he somehow managed to put together a band of eighteen musicians, resulting in some rocking solos and soaring unisons in no need of amplification. 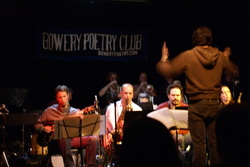 Several of Darcy's compositions ("Habeas Corpus", "The Perils of Empire") had menacing overtones, which he drove home with some hard-hitting political commentary from the stage. Others, like "Induction Effect" or "Phobos", were more spectral, which Darcy said were meant to "confuse us." My personal favorite, "Transit", was inspired by his move to New York, and is an aural picture of the city: the rumble of the subway, the hustle on Fifth Avenue, the bright lights of Times Square. It literally made me tingle from head to toe.

Darcy's bringing the Society north of the border through the new year, stopping by the acclaimed IAJE Conference in Toronto on Jan. 10th. In April, he'll have a new composition performed by members of the Brooklyn Philharmonic at the Brooklyn Museum; details to follow. Beethoven was (probably) born on this day in 1770. WNYC's Overnight Music is celebrating by playing all nine symphonies in a row; you can catch the webstream here. (They're on the Eroica right now.) Later tonight, they will conclude their survey of the 32 piano sonatas; you can leave suggestions here. For me, Beethoven was, and always will be, it.