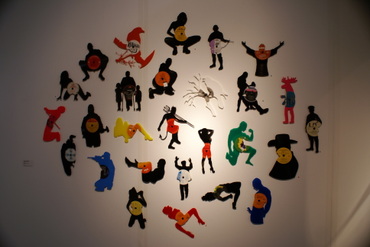 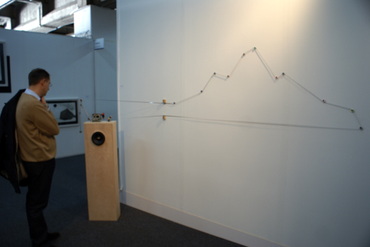 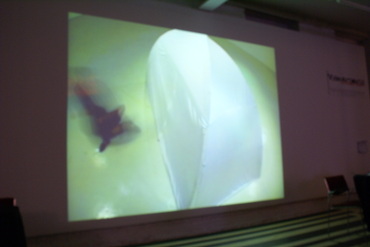 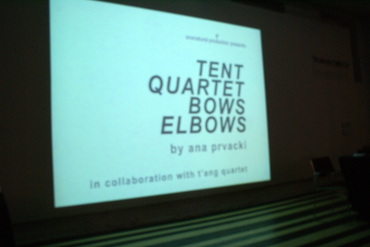 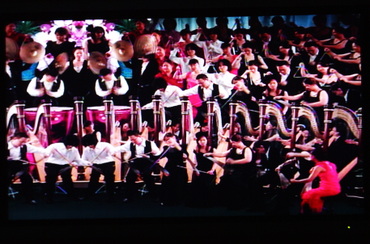 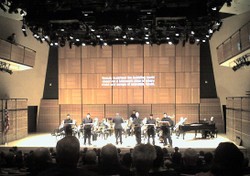 The Birmingham Music Contemporary Group, which is in residence at Zankel Hall this weekend, was founded 20 years ago by Simon Rattle, culling performers from the City of Birmingham Symphony Orchestra, which he then led. Since then, it has established itself as one of Europe's leading new music ensembles, having premiered over 100 new works.

In recent years, the BCMG has championed the music Irish composer Gerald Barry, whose chamber opera, The Triumph of Beauty and Deceit (1992), received its long-overdue New York premiere last night. Barry, who has a strong reputation in Europe, is not well known in the States, which may account for the less-than-half full hall last night. (Miller Theater offered a Barry portrait concert back in November.) Those who did make it out were treated to a rare and virtuosic performance. Triumph, which runs about an hour without intermission, is an allegory which purports to depict the age-old struggle between beauty and time, truth and deceit, pleasure and...all of the above. The opera was inspired by Handel's 18th century oratorio The Triumph of Time and Truth, and uses the same all-male cast of tenors and countertenors. The music, which was both astringent and accessible, moved at a manic pace, giving both singers and players a vigorous workout.

The performance was led by British composer/conductor Thomas Adès, who is this season's holder of the Richard and Barbara Debs Composer chair at Carnegie. Adès is no stranger to conducting, nor to the BCMG, having served as their music director for several seasons. In 2006, I saw Adès lead a knockout performance of Stravinsky's Les Noces at Birmingham Symphony Hall with the BCMG, four pianists (including Jean-Yves Thibaudet and the Labeque sisters), and Russia's Pokrovsky Ensemble. 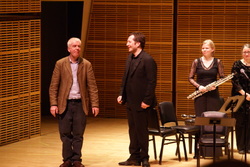 Adès returns with the BCMG tonight in a program of his own compositions that will feature him as both conductor and pianist. (He performed a solo piano recital at Zankel back in November.) The concert is sold out, but you can try for returns at the box office.

This Is a Piano

For most of its history, the piano has been played using the keyboard and pedals, which by themselves offer almost limitless musical possibilities. But last night's concert at Merkin Concert Hall featured two extraordinary musicians who sought to push the instrument beyond its normal limits, both inside and out. 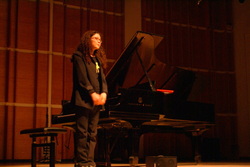 The first half of the program featured composer-improviser Sylvie Courvoisier, who straddles the line between jazz and new music. Perhaps appropos of someone who usually plays The Stone or Roulette, she wore Pumas and a pattern T-shirt under a black jacket. She played a series of pieces she called Signs and Epigrams, spending almost as much time inside the lid as at the keyboard. Courvoisier manipulated the strings with paper clips and masking tape, creating sounds that resembled everything from shimmering chimes to banging pots and pans. 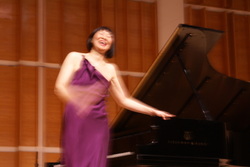 After an intermission, Margaret Leng Tan took the stage with a program of works by Henry Cowell, John Cage and George Crumb: the "three C's", as she calls them. Tan is probably the world's greatest interpreter of the piano works of these American mavericks: she was Cage's preferred interpreter, collaborating with him from 1981 until his death in 1992, and she has performed tribute concerts to Crumb, the last of which I attended in 2004, in celebration of Crumb's 75th birthday.

Tan began her program with the early 20th Century works of Henry Cowell, which broke the conventional mold by inventing techniques like the tone cluster: banging on multiple keys at once with the palm and forearm (The Tides of Manaunaun.)  He was also the first to require the performer to reach inside the piano and pluck the strings, which could sound either tonal and pretty (Aeolian Harp) or creepy and weird (The Banshee.) Cage was represented by In the Name of the Holocaust (1942), a piece for prepared piano in which screws are tied to the strings, creating a menacing overtone within an otherwise bright texture. Tan went back inside the piano for Crumb's Five Pieces for Piano (1962), which sounded at times like Messiaen with its bird-like trills. All that plucking seemed to be taking its toll: I saw her peeling off pieces of skin and nail throughout the performance.

The concert concluded with Stephen Montague's Tongues of Fire (1983), written for piano and computer tape, created at Paris' IRCAM in 1982. The piece was substantially revised in performance over the next ten years (with Tan herself making frequent contributions.) The piece began on tape, to which Tan danced on from the wings. From there, the work rose and fell through a range of tonal and dissonant structures, with Tan playing two pianos while the tape kept chase. At times, the piece flirted with Michael-Nyman like melodies, only to destroy them with huge tone clusters on the low end of the keyboard. 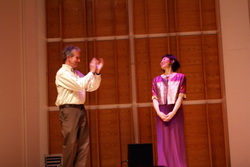 Towards the end, the piece fell quiet, only to rise in one final burst of frenetic energy, sending Tan almost flying off the bass end of the instrument. She spun around, and was immediately greeted with an ecstatic ovation, recognizing her pure and unfabricated emotion. Montague joined her onstage, correctly diverting all the attention to the performer. (More pics after the jump.)

Continue reading "This Is a Piano" »