The next time you hear from me, I'll be across the pond for the start of a European "vacation" that will take me to four cities in three countries, with at least one musical event scheduled each day. Posts and pics will depend on ready access to Internet cafes, but I'll check in as often as possible. First stop: Paris.

Marathon concerts are a way of concert life in New York. There's the CMJ Music Marathon, the Bang on a Can Marathon, the Grand Piano Marathon - not to mention numerous day-long indie and jazzfests. In 1978, Isaiah Sheffer and the folks at the new Symphony Space on 95th St. and Broadway took it upon themselves to stage a free 12-hour concert of Bach's music, performed by various musicians from the neighborhood. They called it "Wall to Wall Bach."

Thirty years later, Wall to Wall has become an institution, presenting a day-long concert of a different composer each year: they've had everyone from Schubert, to Cage, to Miles Davis and Joni Mitchell. But for their 30th anniversary, Symphony Space went "Bach" to where it all began: everything from solo works to huge choral numbers, one masterpiece right after the other. There aren't many composers around whom you can build a 12-hour concert; there are far fewer for whom such a stretch barely scratches the surface.

Bach is, basically, the DNA of music: every musician and listener must come to terms with his achievement, needs to feel it in their bones before venturing out onto the vast ocean of Tone. I first embraced Bach 20 years ago, where my college radio station had Nikolaus Harnoncourt's recording of the complete cantatas on vinyl; more recently, I was given a bootleg copy of Teldec's complete Bach 2000 set, which fills 5 DVD's (equivalent to 180 CD's.) Needless to say, I'm still plowing my way through it.

Numerous top-flight musicians appeared yesterday, including Eugene Drucker of the Emerson String Quartet, Fred Sherry of Tashi, Ursula Oppens, Eugenia Zukerman, and Jeremy Denk, who promoted his performance of the Goldberg Variations with the "weirdest concert announcement ever." I myself only made it through half the program, which alone clocked in at 5 1/2 hours (including a one-hour break.) For sure, I would have liked to have stuck around for more - especially the  American Symphony Orchestra's performance of the B-Minor Mass, which closed the event - but even I can only listen to so much music in one stretch, no matter how masterful. (Performance pics after the jump.)

Continue reading "In the Beginning..." » 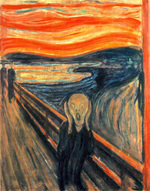 Well, it's a shitty Friday, and without having seen any decent shows in a few days, I guess I'll finally respond to this Meme that Steve Smith tagged me with a couple weeks ago. (She started it.)

I know: Boring. But, I don't want any bad mojo a week before flying to Europe, so here goes:

"Nearby, the Fondation Le Corbusier occupies two of the architect's avant-garde houses in square du Dr-Blanche. A little further up rue du Dr-Blanche, sculptor Henri Bouchard himself commissioned the studio and house that is now the dusty Atelier-Musee Henri Bouchard. Much of the rest of Auteuil is private territory, with exclusive streets of residences off rue Chardon-Lagache; the studio of 19th-century sculptor Jean-Baptiste Carpeaux remains, looking rather lost, at no.39 boulevard Exelmans."

We now return to our regularly scheduled program. "We need the biggest star in the Universe. We need you, Kanye." 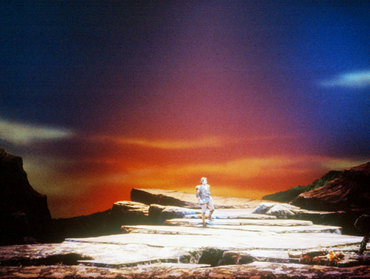 "O Siegfried! Glorious being!
Wealth of the world!
Life of the earth!
Laughing hero!" 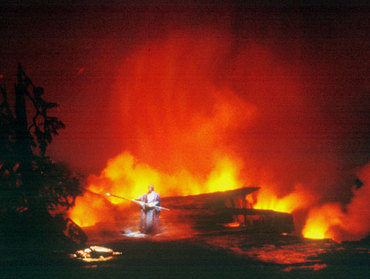