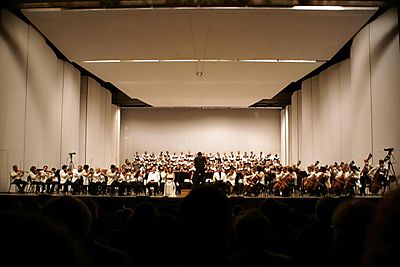 I don't know if The Tavern section of Orff's Carmina Burana technically qualifies as bar music, but I'll go out on a limb and say the Philadelphia Orchestra (who played C.B. and Jennifer Higdon's 2007 composition Concerto 4-3 at SPAC earlier) is the best bar band in town tonight. By at least a half-a-dozen lengths.

More pics after the jump.

I didn't think I'd end up falling for a local jazz band named Flavor, playing in the center strip of downtown Saratoga's Mardi Gras-like madness. But, these guys have solid chops and killer hooks, enough to get half the bar up dancing. 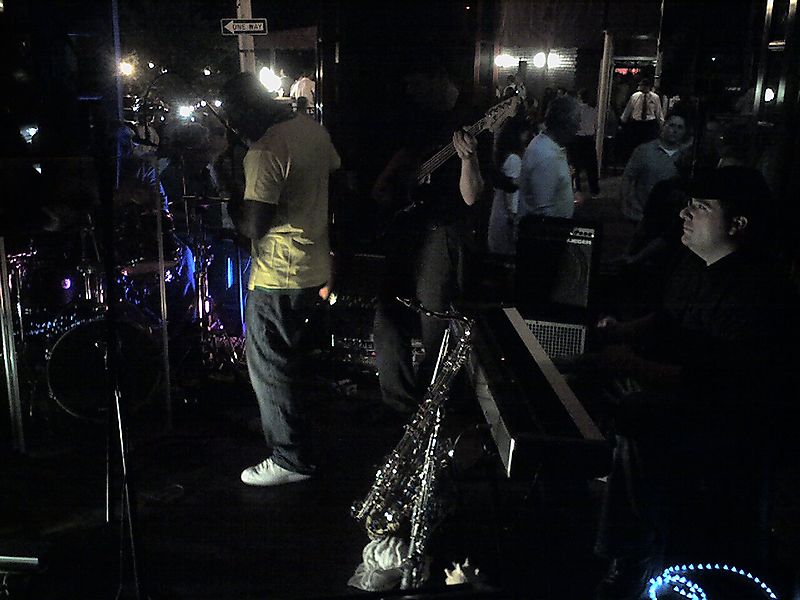 Up in Saratoga Springs this weekend, primarily for tomorrow's Travers Stakes at Saratoga Race Course but also for some fun music happenings (including Orff's Carmina Burana tomorrow night with the Philadelphia Orchestra.) Today, I happened upon this ragtime band on my way into the Clubhouse, led by Phil the Italian Chef on vocals: an octogenarian who was getting more action with the ladies than any of the horse dudes half his age. 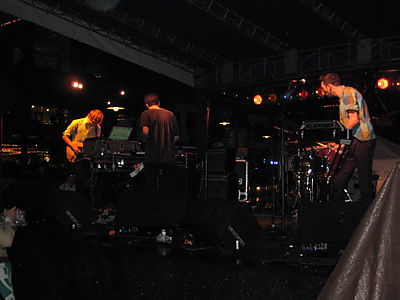 While I was dodging raindrops at the Wordless Music show last Friday night, my friend Brendan was down at the Seaport catching Brooklyn's Dirty Projectors and White Williams. Here's his recap:

"Thunder and lightning may have caused some fans to stay home, but there was still a solid turnout for the Dirty Projectors and White Williams shows this past Friday at the South Street Seaport. The storms caused the show to start over an hour late, and end earlier then expected. But what was done in between was more then enough to keep those in attendance dancing and shakin' through the miserable weather.

The highlight of the evening was towards the tail-end of Dirty Projectors' set, when a lightning bolt went off in sync with a cymbal crash. Hardly your run-of-the-mill arena rock light show!" (More pics after the jump.)