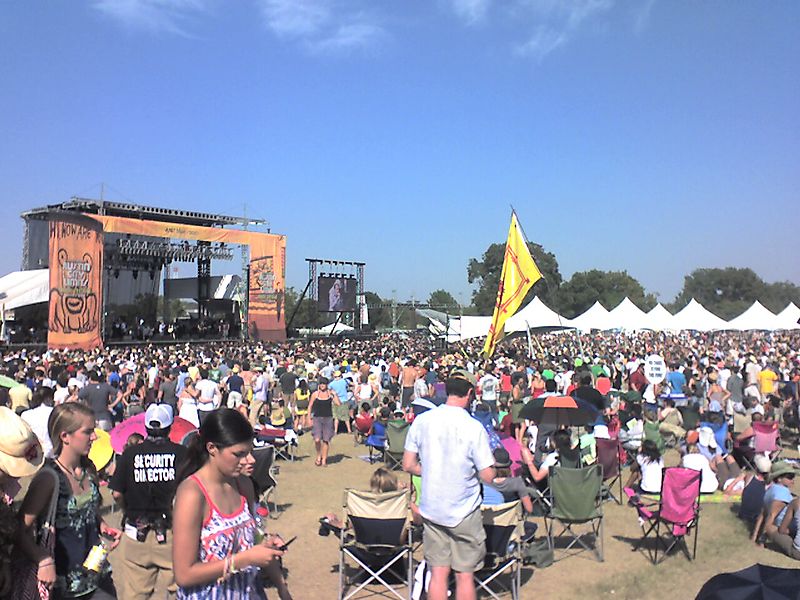 My band here is labeled "Media," but is the same color as the Photo wristbands. As a result, I've been able to sneak into the pit at a few different stages this weekend. At first, it felt no different than Sundays at the Pool this past summer: everyone jostling for position, trying to get their shots in before the end of the third song. And then it hits me: Holy shit, I'm shooting ACL!

So, I found myself back in the pit this afternoon for Montreal's Stars, shooting super closeups of lead singers Torquil Campbell and Amy Millan. Then, all of a sudden, the guitarist jumps off the stage, standing on a landing two feet from the end of my camera. 30 seconds later, he's on the ground, hops right by me, and turns to play while leaning into the wildly shreiking crowd. I snapped a good two-dozen pics, and smiled while the pros congratulated each other on their one-or-two off-balance shots. And for once, I felt like I actually knew what I was doing. Check back later this week to see for yourself. 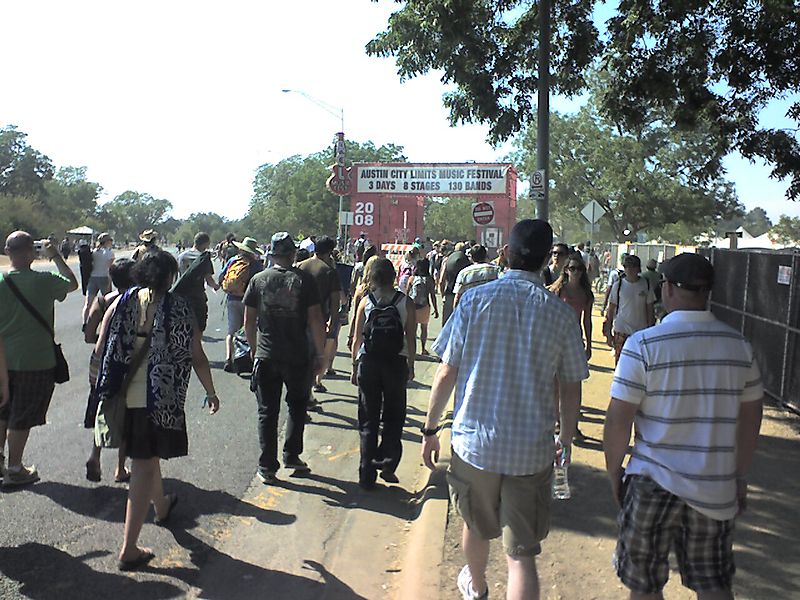 Sunday at ACL is typically more low-key, local affair, after the out-of-towners have hopped in their cars and planes back home. But, there are plenty of jewels to be mined for those who choose to stick around: Neko Case, The Raconteurs, Tegan and Sara, and The Foo Fighters, who close the festival later tonight. First stop, though, is country-bluegrass darling Gillian Welch on the AMD stage, who apparently is being joined at the moment by last night's co-headliner Alison Krauss. Beautiful. 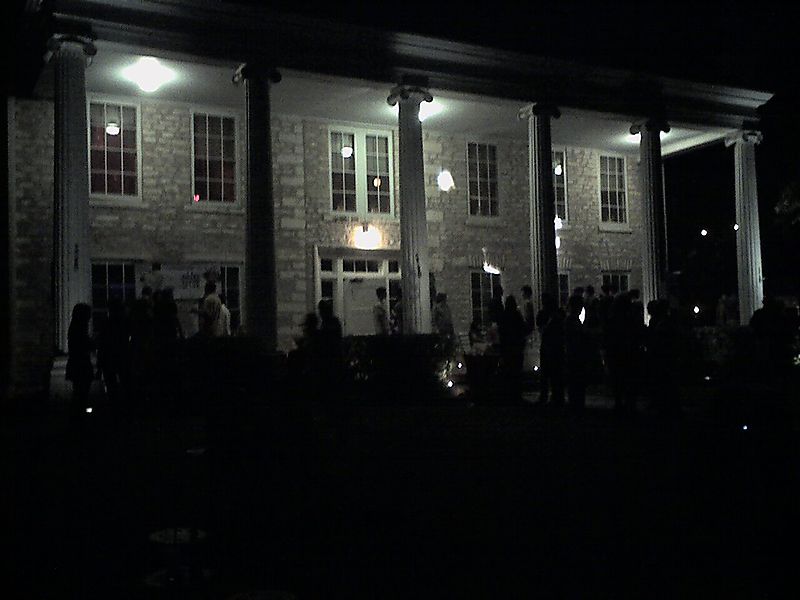 Membership has its privileges: after a full ten hours at ACL today, I'm across the Mopac bridge at the American Legion, where Rock The Vote is hosting an afterparty for media hacks and other music peeps. I RSVPd for this a couple of weeks ago on a whim; with free drinks and the promise of live music later, it seems like the best decision I made all weekend. Well, that and leaving Spiritualized early so I had a spot up front for Fogerty. (Pics to come.) 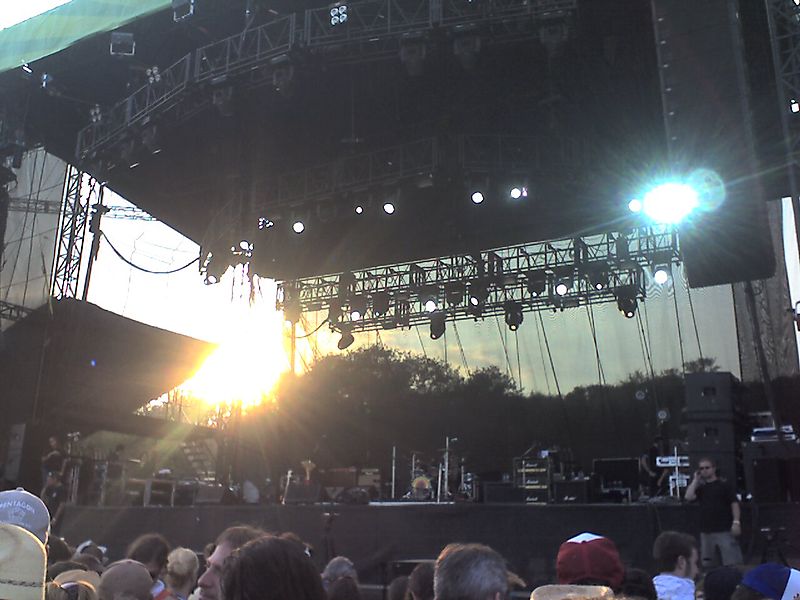 The name speaks for itself. Up next on the AMD stage.