Who Let in the Pigs?

I haven't had much occasion to visit Carnegie Hall for non-classical events, but Wednesday night was a notable exception. Mandolin master (and former Nickel Creek frontman) Chris Thile and bassist Edgar Meyer brought their neo-bluegrass sounds to Stern Auditorium, in a two-and-half hour instrumental program that combined original compositions and transcriptions. The mood in the pink-lit hall was hushed, almost reverent: unusual for music that typically resides in bars and late-night jamborees. The argument seemed to be: this music belongs on this stage just as much as any other. 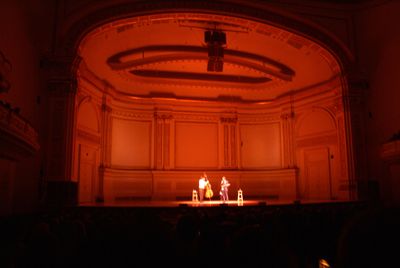 And rightly so: Thile's blindingly-fast playing was virtuosic, but never overpowered. Rather, it danced along the surface, light and clear as glass, with Meyer's bass providing a solid, husky foundation. For me, it evoked the sense of falling: of leaves, rain, tears. Occasionally, it even brought to mind another kind of falling: the head-over-heels kind.

Thile and Meyer kept the vibe light with an easy charm reflected in the quirky titles of their "songs," which seemed to follow some sort of barnyard theme ("This Is the Pig"; "The Farmer and the Duck"; "Rabbit Cake.") But, they also paid homage to Carnegie's classical heritage, playing no fewer than four pieces by Bach, including selections from the French Suites and Well Tempered Clavier.

"Wow, it sounds nice in here," Thile joked. "Let's do this again next week!" 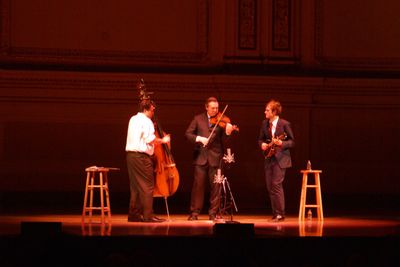 After intermission, they were joined by violinist and composer Mark O'Connor, who first became well-known through the album Appalachia Waltz (1996), for which he and Meyer wrote all the music. Suddenly, the whole thing turned up a notch, O'Connor taking command of the hall with a palpable aura of authority. He and Thile went toe-to-toe in one jazzy number, then followed it up with the tender original "Long Way Home" (1989).

"We wrote that one back when we were your age," Meyer said, pointing to Thile.

After a couple of more duets (""Fence Post"), they brought O'Connor back out for a rousing encore of "Sweet Georgia Brown" that sent the crowd to its feet with a roar, with a couple of rebel hoots thrown in. Wouldn't mind hearing more of that in Carnegie. (More pics below.) Continue reading "Who Let in the Pigs?" » Two masses in three days is a bit much for any secular being, but I made my way down to Trinity Church last night to hear the Bach Mass in B-Minor, if for no other reason than to see Caleb in his choral guise. While it was cool seeing him stand there in his black suit singing countertenor, I half expected him to jump into the pit and start playing viola da gamba. Alas, no such luck. (More pics below.) 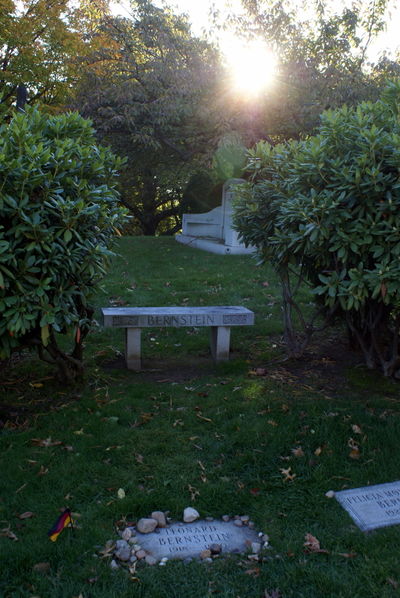