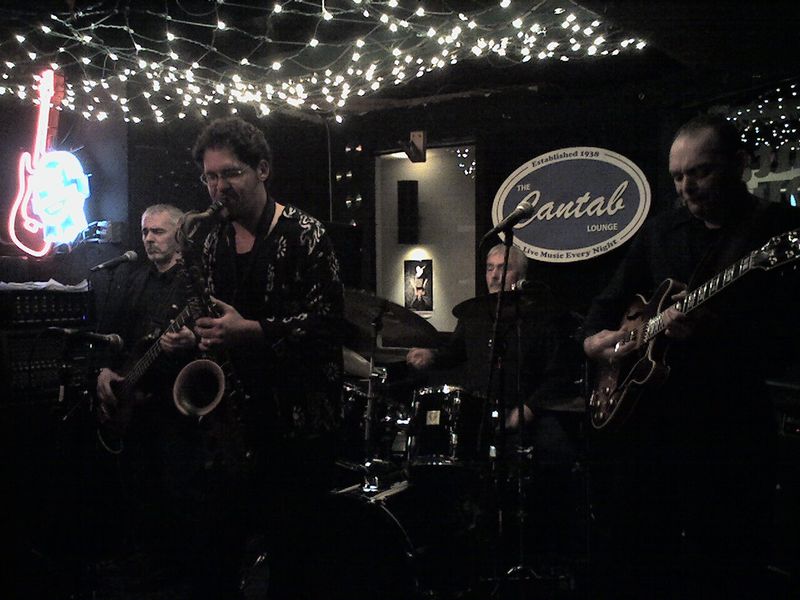 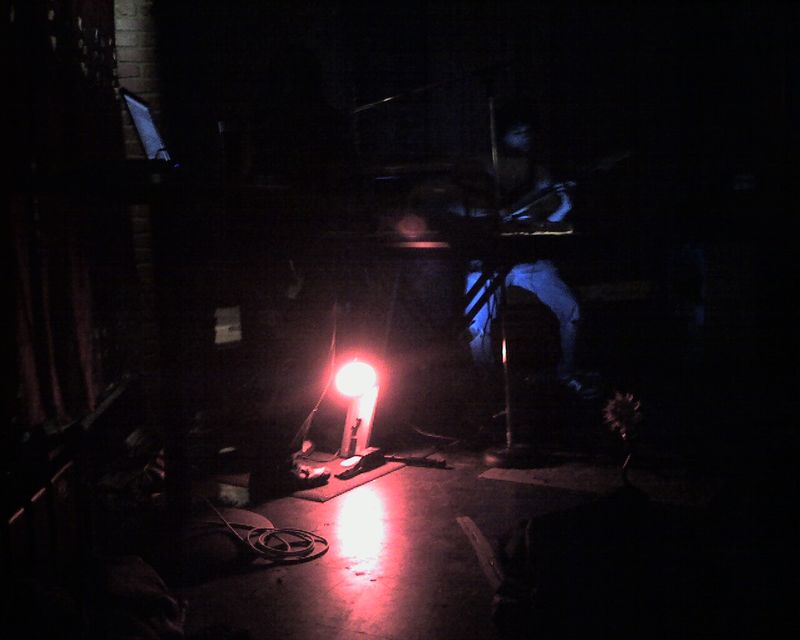 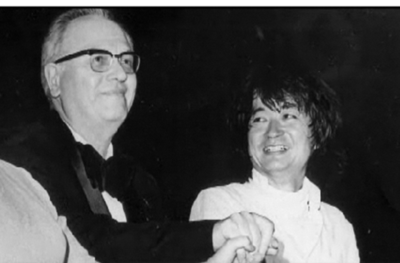 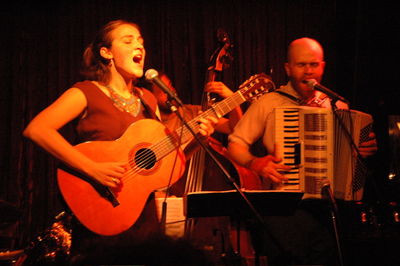 I realized recently that while these Cocktail Conversations may be thought-provoking, they've been pretty homogeneous in terms of their subjects (namely: all white dudes.) So, when I ran into vocalist/songwriter Becca Stevens a few weeks ago after a Bing and Ruth show at Barbes, I asked if she'd help out with my diversity issues. Happily, she agreed.

We met at the Sullivan Diner in the Village, nursing solo glasses of wine at the end of a long week for the both of us. Here's her story:

On Family: "I was brought up in a musical family. We all grew up singing in my Dad's band The Tune Mammals. We used to tour around in a minivan playing at schools, like the Partridge Family. My Dad and brother are both composers; my Mom was trained in opera. My sister is a jewelry designer, but she's been helping me out a lot with my career."

On North Carolina: "My dad played all kinds of music for us growing up: bluegrass, Appalachian, Irish folk. When I go to the mountains of Western North Carolina to visit family, I can hear that music playing in my head like a soundtrack... I also learned classical music from my Dad, and at the North Carolina School of the Arts, where I studied classical guitar. After that, I toured with my brother's rock-fusion band, Gomachi, for a year."

On New York: "I came to New York in Fall 2003 to study jazz vocals at the New School. Or, I should say: my desire to move to New York brought me to the New School. It was a pretty seamless transition from student to working performer: I met all the members of my band there, and I'd already done a fair amount of networking locally. There's such a great scene here: I probably meet around 20 new musicians each month."

On Teaching: "I teach early childhood music: singing and Suzuki guitar to kids 4-12. These kids are amazing: I can definitely see some of them becoming musicians. For a lot of artists, school can be difficult. The best teachers are the ones who encourage without stifling. I think I learned that from my Dad."

On Writing Music: "I write like I paint: intuitively. Meaning, by ear. It doesn't really work to have a plan ahead of time. Sometimes, I'll start with a concept, and the lyrics will come out of that. Other times, the music comes first."

On her iPod: "I listen to a lot of West African music, a lot of Irish and bluegrass. I listen to pop and hip-hop. I'll listen to bad music intentionally, to know what not to do. And, I'll go for long stretches without listening to anything at all: the last thing I downloaded was actually a book on tape."

On Performing: "I need to have a balance of lots of different experiences. It keeps me on my toes. The Björkestra keeps me in really good vocal shape: it makes you realize what an amazing artist Björk is. Bing and Ruth is really open and liberating. The Becca Stevens Band is the most rewarding: it keeps me feeling fulfilled."

On Different Types of Music: "Every genre has the potential to be really finely tuned, just as much as classical. That's what all musicians should be striving for, whatever they're doing."

On Composers vs. Songwriters: "Where's the line between Songwriter and Composer? I mean, Björk's music has been orchestrated. Wouldn't you call her a composer?"

Becca will be appearing tonight (11/25) at Cornelia Street Cafe and on Sunday (11/30) at Rockwood Music Hall. She will also be appearing with hew own Becca Stevens Band at Cornelia on 12/3, in Jeremy Viner's basement on 12/13, and at Barbes on 12/19; check out her MySpace page for more info.