Outside of Bang on a Can's People's Commissioning Fund, there aren't many places where everyday folk can help fund new music. Enter MATA, which has made the job easy for you:

C'mon, you probably spent more than that at the stupid bar last night. Get in the holiday spirit and make some music happen. 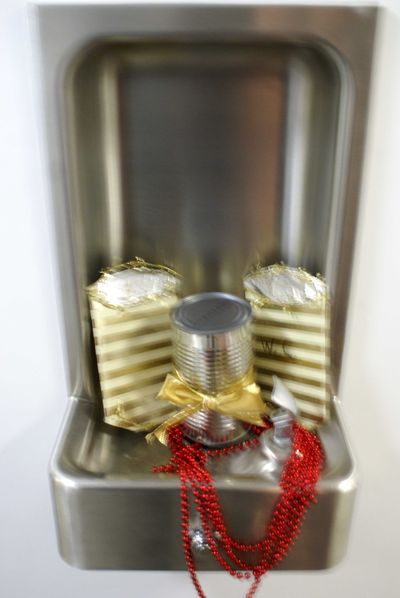 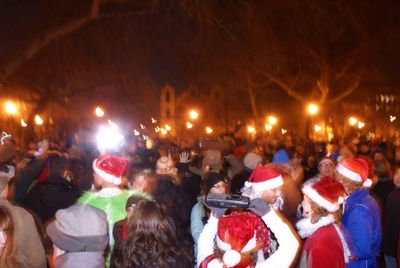 We were late arriving, but eventually my friends and I caught up to Phil Kline's 16th annual Unsilent Night this past Saturday. The procession wound from Washington Square Park through the streets of the East Village, with Kline's often shimmering, occasionally pealing music blasting from numerous boomboxes and other devices. (I saw at least one person holding up their iPhone.) We eventually ended up in Tompkins Square Park, where the revelers held their stereos aloft as the tapes/cds/mp3 simultaneously wound down. We all cheered before heading off to the Holiday Cocktail Lounge for a well-deserved nightcap. 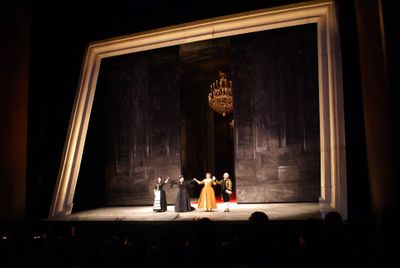 When I saw Seiji Ozawa up in Boston a couple of weeks ago, he conducted lengthy works by Messiaen and Berlioz, from memory. "That way, I can see the musicians," he explained in a recent interview. "I can look into their eyes."

But, it's a whole other ballgame to conduct an entire opera from memory, as Seiji did this past Saturday afternoon at the Met, where he led the final performance this season of Tchiakovsky's The Queen of Spades. Seiji conducts a fair amount of opera these days in his role as the Principal Conductor of the Vienna State Opera, and seems to have a particular thing for Tchiakovsky: earlier this season, he led a performance of Eugene Onegin in Vienna, the same opera he conducted in his only previous Met apperarnce, in 1992.

The Queen of Spades, based on a short story by Pushkin, puts a gothic spin on the standard opera love tragedy: girl is betrothed, falls for another man, is deceived, ends with tragic consequences. The music is full of color and texture, and offers some great moments for its leads, which here included Maria Guleghina, Felicity Palmer, and Ben Heppner, who persevered despite suffering from a cold.

During curtain calls, Seiji bounced onstage and hi-fived each of the singers as they came from behind the curtain, goofy and giddy as a teenager. C'mon, is this guy really 73? (More pics below.) 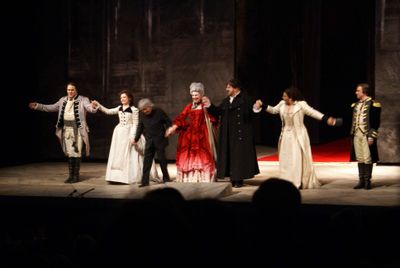