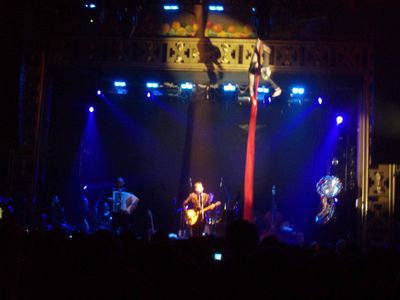 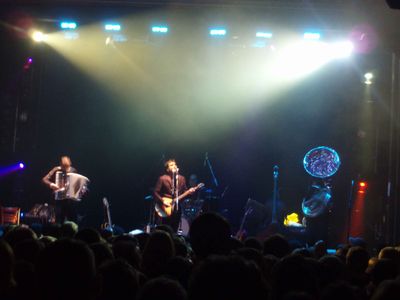 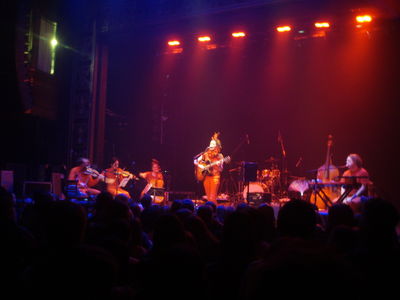 Generally, I like showing up at shows early to catch the openers, who are often cutting edge acts that would never otherwise have the chance to play a Bowery Presents venue like Webster Hall. But why did DeVotchKa have to pick these twits Clare and the Reasons, with their bad gimmicks and worse harmonies? Back to Brooklyn, kids. 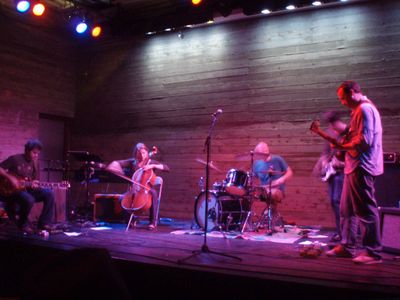 Rival Songs, who played Galapagos Art Space last night, perform atmospheric, instrumental post-rock, landing somewhere between Mogwai and Explosions in the Sky. Sitting up front in one of the lily-pad banquettes, it was like taking a long, warm bath. Which, by the way, is not what you'll get if you accidentally fall into Galapagos' expansive pool. (More pics below.)