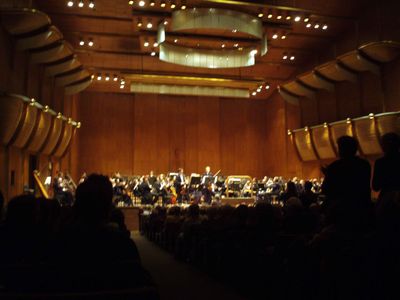 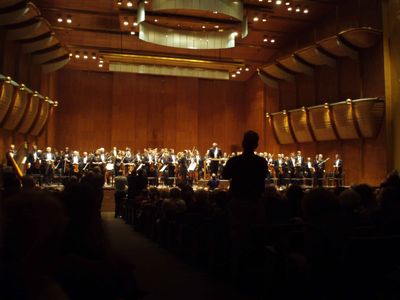 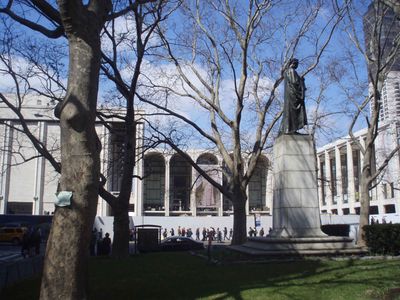 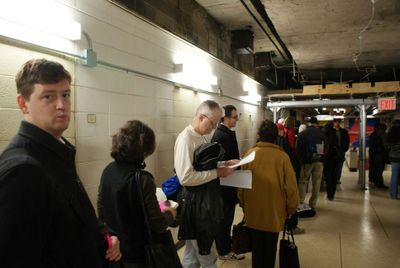 Five years ago, my friend Pat and I paid $140 each for the privilege of seeing Wagner's Ring at the Met. From standing room. For those unfamiliar, that's about 20 hours worth of music. And it was worth every blister.

So, once we heard this year's Ring would be the last-ever staging of Otto Schenk's monumental production, we decided to give it one last go around. We got up early, got our number in the bowels of the Met parking garage, and by 10am had our tickets in hand. Bewilderingly, they were the same price as in 2004. At least some things don't suffer the slings and arrows of outrageous inflation. Curtain time: 1pm. (More pics below.)