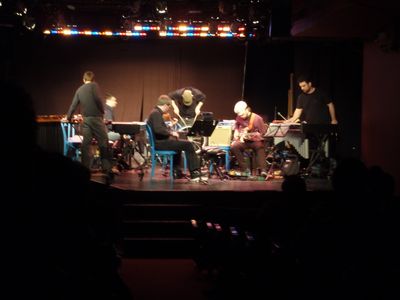 "Tommasini is terrible. He always gives everything a good review. Especially at the Met. I think he must be in league with them."
"I think that's him sitting over there."
"Do you think he heard us?"
"Who cares? If you're going to sit in that seat, you have to be ready for people to come at you." 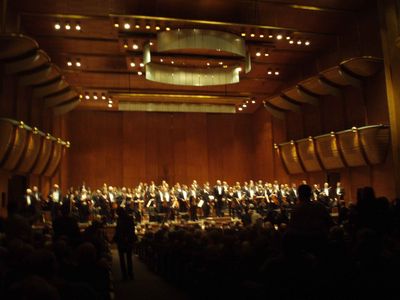 There's nothing like a London Symphony Orchestra concert to clean out your ears after four days of indie rock. (Their 2007 visit coincided with that year's CMJ Music Marathon.) Unfortunately, last night's all-Prokofiev concert at Avery Fisher Hall - which was led by Valery Gergiev - didn't come close to rattling my bones the way The Creation did 18 months ago.

Prokofiev was a product of the Soviet system, which demanded uplifting music that would inspire the proles. But, unlike his rival Shostakovich - whose brassy finishes still manage to pack a wallop - Prokofiev's endings feel paper thin, like the too-obvious soundtrack of some Hollywood B-movie. As if to drive the point home, violinist Vadim Repin repeated the second movement (Scherzo) of the Violin Concerto No. 1 as an encore, which was as much about reminding us of his effortless technique as to not leave us with the bad taste of the finale.

Unfortunately, there was no similar rescue for the 7th Symphony, which closed the program. After a dark and weighty beginning, Prokofiev tossed it all away in the schmaltzy third movement (Andante), then ended it with a Vivace polka that, while fun, sounded completely out of place.

Maybe I should have waited another day to clean out my ears. Or, maybe the LSO should have played something they can more fully relate to. 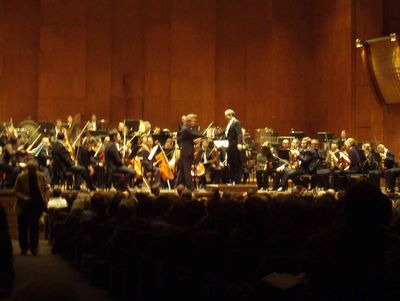 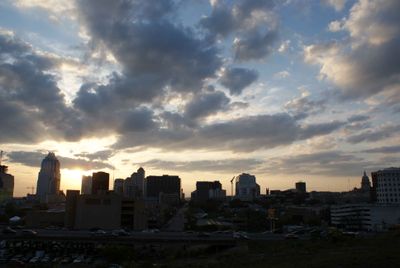