You're Listening To the BBC No, not that BBC: The BBC. As in: tenor Tim Berne, drummer Jim Black and guitarist Nels Cline: an all-star outfit put together last year by Bethany for a live WFMU performance. Making their local venue premiere at The Stone last night (their only previous gig was at the Melbourne Jazz festival in May), Bethany and I got there just before cutoff for the 8p set. For over 20 minutes, the packed house stood or sat in near-silence, dripping pools of sweat until the boys finally took the stage in the corner of the rectangular, windowless room.

Once they got going, they played nonstop for about an hour: part experimental improv, part deep groove. Understandably, most folks were there to see Cline, fresh from his recent dates with Wilco. I stood less than ten feet from Cline and his array of pedals, and his playing was certainly impressive, vacillating between noisy distortion and the fine picking of a jazz master. But, it was Berne who drove the bus, his bass honks and violent squeals interspersed with sparkling jumps up and down. Ultimately, Berne launched the group into an ecstatic build, his soaring tenor met by Black's driving, syncopated drums. Then, just when it felt like the heat-fueled crucible was about to explode, they pulled back into a slow, spectral fade that brought the set to its quiet conclusion. An experience both hazy and unforgettable. (More pics below.) 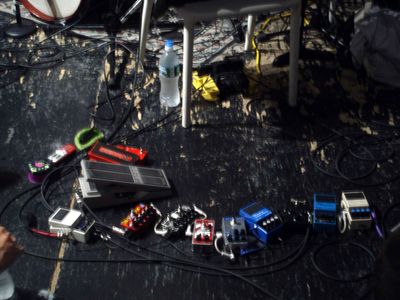 Continue reading "You're Listening To the BBC" » 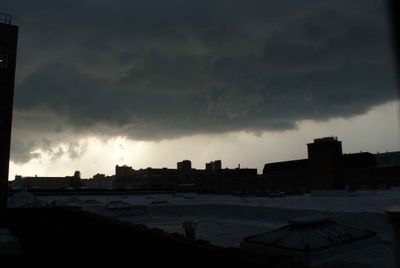 After yesterday's Pool Party, I was lured out to the Morgan stop in Bushwick by the promise of live music and a 200 lb. roasted pig. Sadly, mother nature had other ideas (see above), but In Cadeo did manage to squeeze in a couple of numbers before the skies opened up, sending everyone scurrying for cover. Pleasant, straight-up rock that deserves a second hearing. (More pics below.) 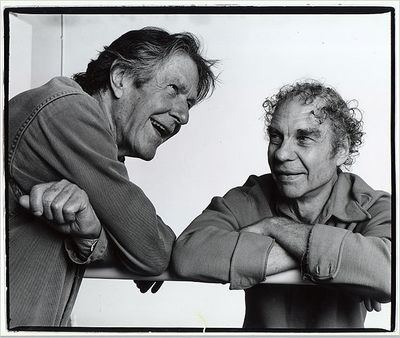 "Mr. Cunningham’s most celebrated and revolutionary achievement, shared with the composer John Cage, was to have dance and music created independently of each other. His choreography showed that dance was principally about itself, not music, while often suggesting that it could also be about many other things." (Alastair Macaulay, NY Times, 7/27/09)

I've had the chance to see the MCDC perform on at least half-a-dozen occasions - including several featuring Cunningham himself - and would argue that the astringent, chance-driven music he used (often by his on- and offstage partner John Cage), had a symbiotic relationship to his dances: sometimes complementing, sometimes conflicting. And yet, at all times, completely captivating, like witnessing a primal, atavistic rite. It was, in short, as good as art gets. There may be no Slip n' Slide this year, but there's still dodgeball, basketball, and a riverside "beach" to keep you occupied in between/during bands. Of less appeal is the "beergarden"/holding pen to the far left of the stage, so as not to run afoul of state park rules. Which wouldn't be an issue if the amplification was halfway decent. Or if there weren't so many half-built condos blocking the sun. (More pics below.) 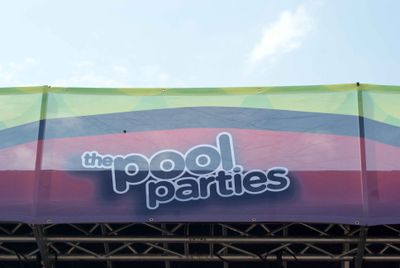