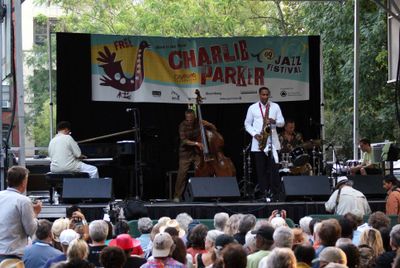 After being shut out of this summer's final Pool Party in Williamsburg, I happily made my way back across the L to Tompkins Square Park for the 17th annual Charlie Bird Jazz Festival , across the street from Bird's former flat on Ave. B. Hardly a consolation prize, I made it in time to catch veteran pianist Cedar Walton play an hourlong set with his quartet (Javon Jackson, tenor, David Williams, bass, Joe Farnsworth, drums). Walton, who played on Coltrane's Giant Steps and spent three years as one of Art Blakey's Jazz Messengers, has been leading his own outfits for over 40 years and regularly sells out all the big rooms in town. Solid chops, incredible mind. One of the most elegant and sophisticated performances I've seen this entire summer -and it was all for free.  Do yourself a favor next year: skip the schlep to Brooklyn. (More pics below.) 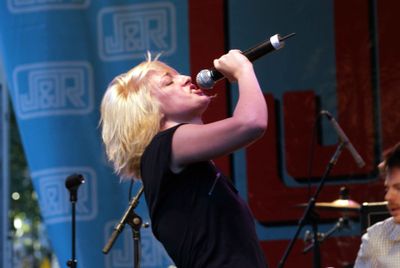 You know how some singers just have that thing? You know: the kind of magnetism that makes you want to get up off your ass and just dance? Well, I saw not one, but two hot young ladies last night who pretty much blew me out of my seat like Maverick in Top Gun. Early evening, Jemina Pearl tore up City Hall park with a set that was part Gwen Stefani, part Iggy Pop (who appears on her debut Break It Up, due out in October) and all confidence. Pearl, 22, strutted and shimmied like she's been doing this for years (which she has, having formerly fronted Nashville outfit Be Your Own Pet for five years.) Watch out for this girl.

Later, I made my way out to Brooklyn Bowl in Williamsburg for In Sound's 10th anniversary party. A ridiculously fun place, with lodge paneling,, two bars, and 16 bowling lanes. Oh, and it's a top-notch venue, with a state of the art stage under wood-beam ceilings and a big-ass disco ball. The lineup was a bit of a mixed bag, but was worth the trip for These Are Powers, who are now touring in support of their new LP Taro Tarot. They have the same dancey-techno vibe as a lot of bands on the indie circuit, but those other bands don't have Anna Barie's primal scream, which tore through the crowd like a feral tiger, all ravenous and bloodthirsty. A pure force of nature, as beautiful as it was terrifying. (More pics below.) 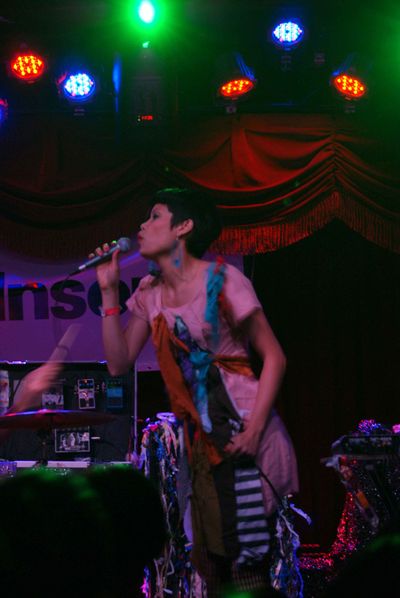 Three Days of Music (and all that other stuff) 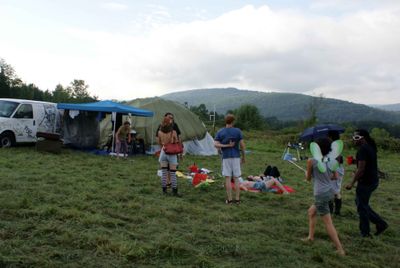 No, this isn't Woodstock (even if by the third day it looked a lot like it from all the cars trying to climb the muddy hill.) This was this past weekend's Frog King and Butterflies Summer Camp: an invite-only weekend of music and camping I discovered through some newly-minted friends from Issue Project Room's Sunday night Share. Instead of Jimi Hendrix, Joe Cocker and The Who, people with names like o.blaat and ( ) played extended jams that mixed traditional instruments like guitar and flute with laptops and circuit boards. Down at the base of the hill, a tent pulled straight from the Silk Road offered singer-songwriters, cabaret and live electronics while just outside, folks huddled around a campfire, oblivious to the steadily falling rain. In between, a third stage had DJ's playing a mix of techno, jungle and dub well into the morning. You almost didn't want to go to bed for fear you'd miss out on something unique and unforgettable.

By the time the sun came up on Sunday, though, I realized that music was only part of what this weekend was all about. It was about waking up to the sound of ambient beats and the sunlight streaming through your tent, rather than some blaring alarm clock. It was about eating shared meals over portable stoves and splitting your last bit of bourbon with the folks who helped feed you. It was about losing your friend's car keys in the river and learning to live with the consequences. (Fortunately, we had a spare.) More than anything, though, it was about meeting an extraordinary mix of creative, open-minded people who've discovered that the true joy in life comes not from the pursuit of material success, but in following your dreams, no matter how childlike.

"I used to be an architect," one new friend told me early Sunday in the dome. "Now, I make paper dolls." We should all be so lucky. Hope you get invited next year. (More pics below.) 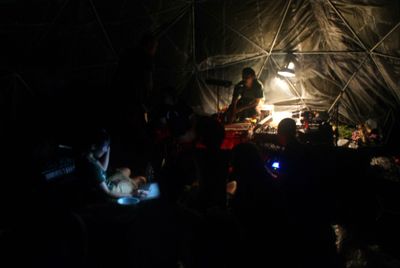 Continue reading "Three Days of Music (and all that other stuff)" » 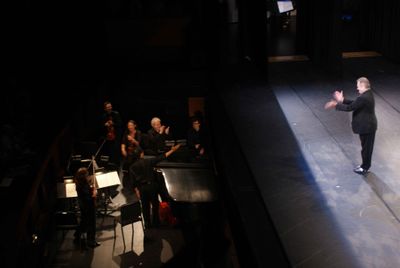