Seattle in the Slope 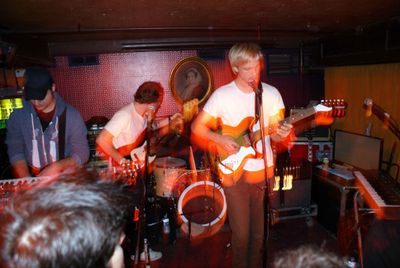 When I found out Seattle's Mt. St. Helens Vietnam Band - who grabbed my attention earlier this month at Bumbershoot - was playing Union Hall this past Saturday night, I immediately skipped down to 5th Ave. and hopped on a B63 bus. Which, even with the twenty minute wait, was a lot shorter than a 3,000 mile flight.

When I got there around 9:30, the bocce courts were in full swing but the basement was nearly empty (despite the fact that doors were supposedly at 8p.) Fortunately, I noticed lead singer/songwriter Benjamin Verdoes and his bandmate (and wife) Tracy Eggleston hanging out at the merch table by themsleves. I introduced myself, saying how much I enjoyed their set at Bumbershoot.

"Oh, you saw that show?" Benjamin laughed. "We were actually really tired that day."

"We had just come over that morning on the 5am ferry,"Tracy explained. "We finished playing a show in Victoria at 1am the night before."

"But, we really wanted to play Bumbershoot," Benjamin said. "I mean, it's our hometown." 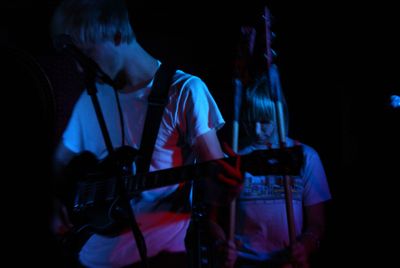 The five-piece (which also included Matthew Dammer on guitar and Jared Price on bass) barely fit on the small stage: more than once, Tracy pulled had to pull her supplemental snare out into the audience to avoid getting knocked into her keyboard. But, even with her that close, she was overshadowed by the torrent unleashed by Benjamin's adopted brother Marshall, who started playing drums with MSHVB when he was 11 (he's now 14).

"Marshall actually named the band," Benjamin told me. "I was playing in another band (In Praise of Folly) when I promised him we'd start a band once he got good enough to play out. So, eventually he did, and I told him to come up with a name for the band. He kept coming up with all these stupid names that didn't work, until finally one day, we were driving along, and he just blurted out: 'Mt. St. Helens Vietnam Band!' 'Ok, that's what we're calling it!,' I said, thinking it would last maybe a couple of months. And we've been together over two years now. I guess we're stuck with it."

Before their last song, "Albatross, Albatross, Albatross," Benjamin invited the audience to "move around a little, if you feel like it." With its wild mix of helicopter-like electronics, tribal bass drums, and spiky guitars in mixed meters, it might not have been the best choice to get people up and dancing. Nor did it help that they probably scared everyone stiff with their own wild thrashing. But, c'mon Brooklyn, when are you going to loosen up and show some love? Bands this good won't keep coming back if you don't. (More pics below.) 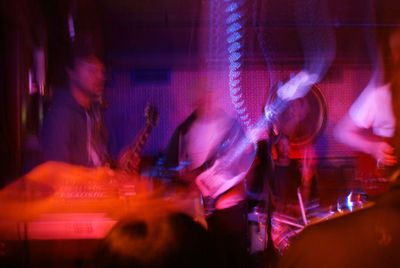 Continue reading "Seattle in the Slope" »

I was headed home from the DUMBO Arts Festival last night when I bumped into my friend Philippa, who was carrying her fiddle over to 68 Jay St. Bar to play with her friend Jan Bell. "C'mon," Philippa said to me. "Just come for one set." I stayed for two. Bell, a British expat who's been living and playing in DUMBO for over ten years, sounded like a twangy Victoria Williams, her high-pitched twang tinged with mystery and a bit of sadness. And, she's starting to get notice far beyond these cobblestone streets: her album Songs for Love Drunk Singers won later year's Independent Music Award for Best Alt Country album. (If you missed her last night, she'll be around the corner at Superfine on Sunday.) 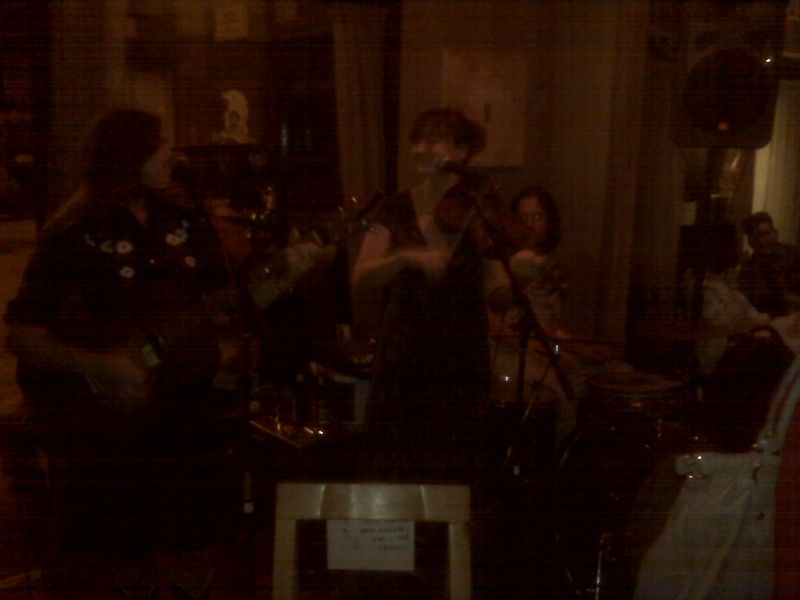 On my way home late last night, I popped in Barbes and caught the Omega Trio (no website) playing these beautiful, unclassifiable jams for a party of eight, using nothing but a fiddle, cello and bass. Part jazz, part chamber - all wicked soul. After one extended jam that nearly took off the tin roof, the bassist exhaled: "Damn, wish we'd recorded that one." 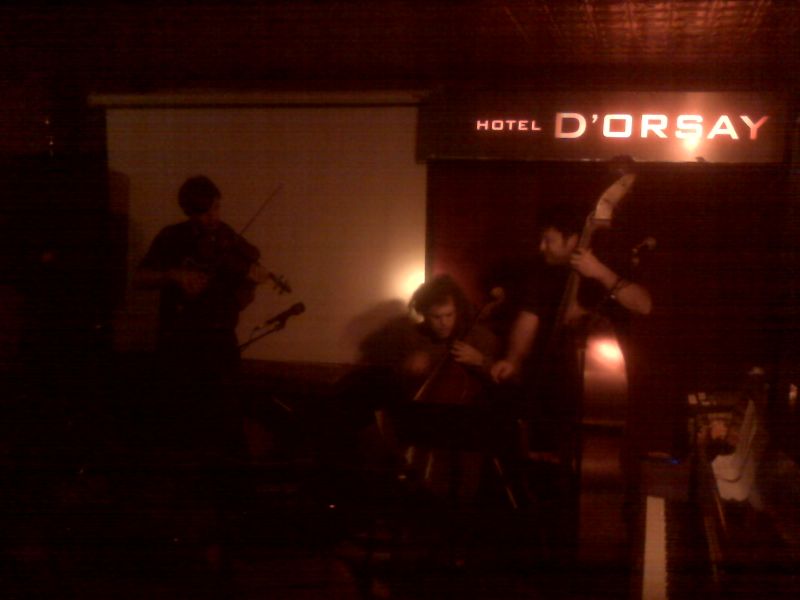 This past Tuesday was just like a lot of other Tuesdays: Slavic Soul Party, dancing, a few drinks with friends. Except for once, I wasn't at Barbes. I was on a boat. Specifically, the Rocks Off Concert Cruise, which left from 23rd St. on the east side and sailed all the way down to the Statue of Liberty and back. And it only cost $14, drinks and merch not included. (More pics below.)