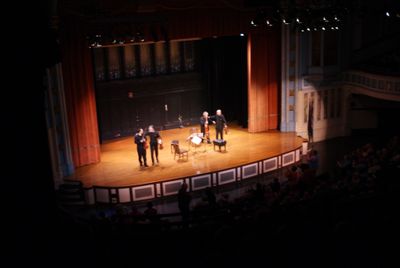 Ok, a chamber music concert might not be most people's idea of how to celebrate Halloween, but when the Juilliard Quartet is in town to play the People's Symphony, count me in. These guys may have been passed on the hype meter awhile back by some of their proteges (Emerson, Tokyo, etc.) but there remains no greater group of string players in this country, if not the world.

Tonight, the Juilliard played mostly chestnuts, which are only chestnuts because they helped make them so. Schubert's "Rosamunde" was effortless and vigorous. Bartok's 2nd was creepy and ominous - perfect for halloween, especially with a hard rain falling outside. And Beethoven's last quartet (Op. 135) was simply untouchable, with Nick Eanet - who replaced longtime first violinist Joel Smirnoff earlier this summer - giving the most heartfelt performance of the Lento I've ever heard.

Now, onto parties. (More pics below.) 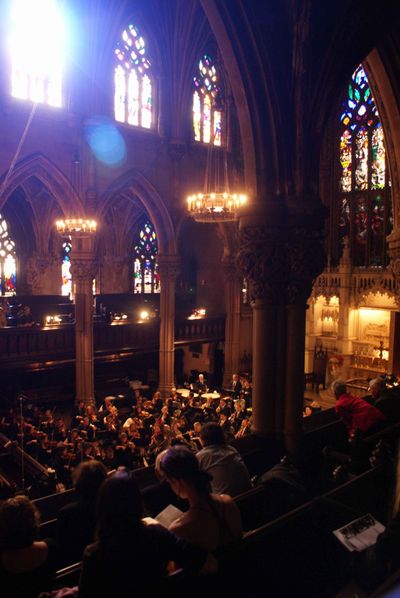 Although they've been around for 13 years, I wasn't familiar with the Brooklyn Symphony Orchestra before a friend invited me to their matinee this past Sunday at St. Ann's in Brooklyn Heights. The church - which is also home to the better known One World Symphony (whom I've written about previously) - has near-perfect acoustics, yielding deep, rich sonorities in the brass and strings. And the playing was far better than anyone should expect of an orchestra that performs three times a year. Yet it was as casual as a trip to the corner store, the kind of concert where locals can do their knitting while listening to a little Mozart and Tchiakovsky, and still be home in time to catch the late game on TV. Or, in my case, in person. (More pics below.) 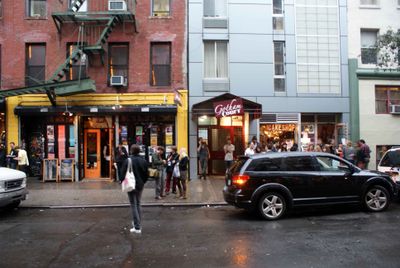 It was a soggy day in New York on Saturday, which may have put a damper on some folks' plans (pumpkin picking, leaf raking, the Yankees game) but it made no difference when it came to the last day of club hopping for this year's CMJ Music Marathon. As in past years, the final day of CMJ is a day-and-night affair, starting out with a mess of free day parties, many of which offer freebies to entice folks in the door. 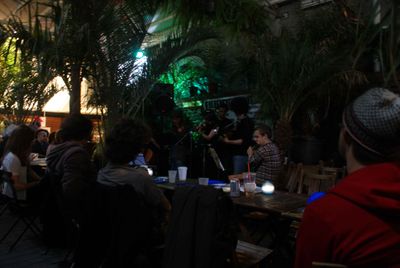 Such was the case upstairs at The Delancey, which offered a spread of lamb meatballs, bruschetta, cupcakes and individually wrapped belgian waffles. While I was there, the music was supplied by Emanuel and the Fear: an sextet of wind and string instruments (slimmed down from their usual 11) supporting Emanuel Ayvas' trenchant songs. It was pretty and melodic, though a far cry from some of the bands (Arcade Fire, Sufjan Stevens) they claim to emulate. 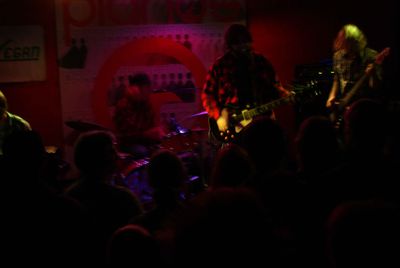 From there, I skipped through puddles to the Brooklyn Vegan showcase at Piano's, which had a full slate of killer bands on two stages. (Apparently, there were free Bloody Mary's during the first act, but your's truly was still scribing in Brooklyn at that point.) Downstairs, Seattle's Moondoggies played twangy, chanting guitar rock while upstairs the UK's Pete and the Pirates played retro garage with a whiff of old sea shanties. 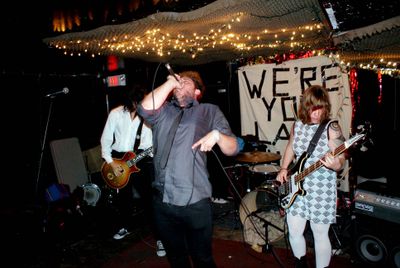 Two doors down at Cake Shop, I missed the free pizza party but caught a rocking set by local punk outfit Love or Perish. They were led by the wisecracking Massimo Scodditti, who gave the most balls-out performance I saw at CMJ this year, bouncing off pillars and ripping at the soundproofed ceiling. Sadly, despite repeated pleas from the ladies in the audience, he refused to remove his shirt (though his bandmates obliged.) 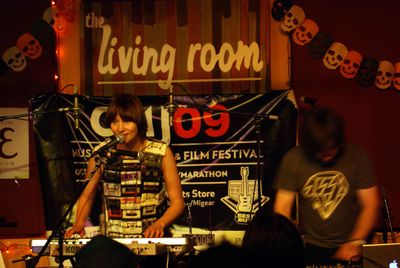 Next door at The Living Room, Norway's Sissy Wish played a quirky set of electro-folk while wearing a tunic made out of cassette tapes, switching between keys and guitar. Her high-pitched voice landed somewhere between Bjork and Abba, mixed with an awkwardness that was less charming than distracting. After a quick stop at the Pure Volume House to fill up on free beer and soda, I made my way across the East River to Bushwick's Market Hotel: the old SRO that DIY guru Todd P has turned into one of NYC's most unlikely venues. Shaped like a perfect fan, the acoustics are as ideal as the walls are filthy; I was glad to find myself there while it was still daylight (as opposed to my one previous visit 18 months ago.) Todd - a notorious control freak - was running around like a chicken in a barnyard, doing everything from fixing the sound to helping the bands load in. 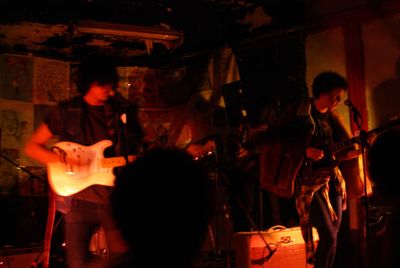 There were all kinds of delays - including a 30 minute gap while Todd tried to keep the cops from busting the show - but I did manage to see two bands: local electro-dance duo Javelin (whose sound shorted out mid-set), and lo-fi Chicago garage outfit The Smith Westerns, none of whom looked older than 18. Acc. to others, it seems as if the show picked up as the night went on. 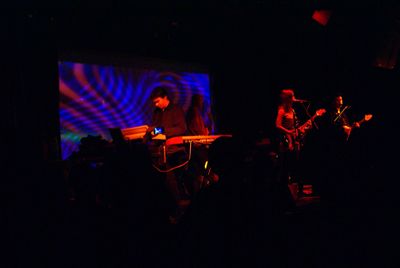 Finally, after a long, meandering bus ride through Clinton and Cobble Hill, I landed at The Bell House  Pompano Beach, FL's The Postmarks (another So. Florida band!) played atmospheric pop with rear-wall projections, led by the Emma Peel-esque Tim Yehezkely. Headliners Au Revoir Simone came across like a low-key version of the Vivian Girls, with their pretty bangs and questionable musical talent, though I'll admit by that point I was about ready to pack it in. 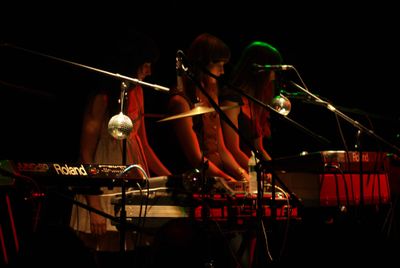 Thanks, CMJ, for a great week. Until next year... (More pics below.)