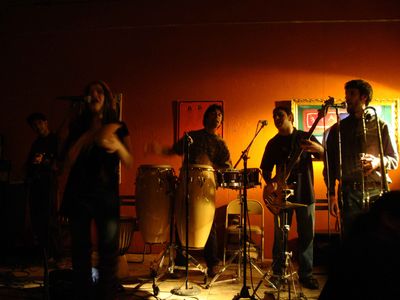 Pittsburgh spreads out along a peninsula surrounded by three rivers, growing more and more sparse the further you get from the point. About five miles in, you reach the DUMBO-like neighborhood of East Liberty, where old storefronts have been converted into galleries and clubs, sometimes just for the night. One of the early pioneers here was the Shadow Lounge, which last night hosted an evening of local Latin music: a welcome oasis on a night which saw temperatures dip into the teens.

Guaracha got everyone up and dancing with a set that ranged from to salsa to Cuban son. They were followed by the astounding Machete: a seven-piece ensemble that blends Puerto Rican music with Afrobeat via horns, African drums and guitar. Tying it all together was the earth-mother like Geña: a sheer life force who sang and danced like a gypsy, occasionally conducting the scoreless ensemble. It was hypnotic, psychedelic - and impossible not to groove to. Clearly, this Geña was tapping into something well beyond our immediate understanding, which she attempts to describe on the band's website:

"Machete is the sound of your soul, the root of your heart beat, the respect for our Great Foremother, the laugh of a child, the silent tear of a mother, the love of gods, the strength of un CICLÓN, the peace of the dead and alive like the ocean."

Took the words right out of my mouth. (More pics below.) 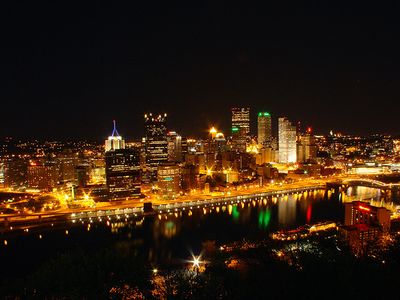 I'll be in Pittsburgh, PA this weekend, visiting old friends and catching up on some of the cultural happenings - musical and otherwise - along the banks of the Three Rivers. On Sunday, I'll be at Heinz Hall to see the Pittsburgh Symphony and their new music director Manfred Honeck, who made a real impression when I saw first him in Prague in 2006. Considering he now has the job once held by Maazel and Jansons, I'm sure he'll be taking full advantage of his opportunity. 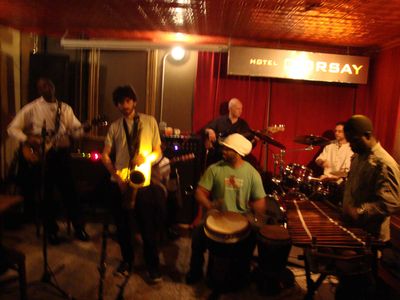 I didn't have any major musical ventures this past week, opting to stay local and play host to some friends at my favorite watering hole/music spot: Barbès. Which isn't at all a bad thing, considering regulars Slavic Soul Party and the Mandingo Ambassadors (pictured above) were in residence, whipping up their crowds into a dancing whirl. In between, electric guitar quartet Dither played Bethany's Stochastic Brooklyn, performing composed and improvised music that ranged from eerie ambiance to (dis)organized noise, via an array of effects pedals and electronic noisemakers. Some of my friends came from as far away as Woodside, Queens, and loved it so much they insisted they'd be back again soon. Just buzz me when you get off the F train, and I'll make my way down. 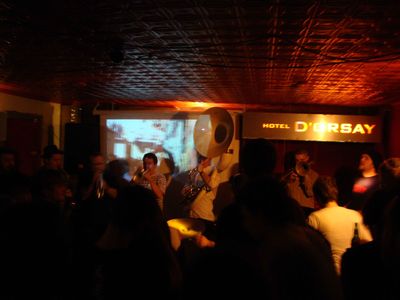 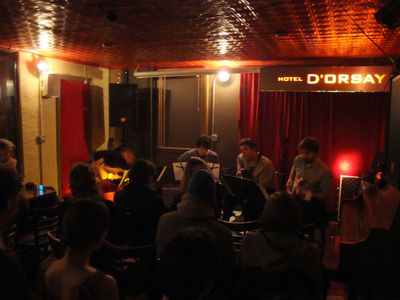 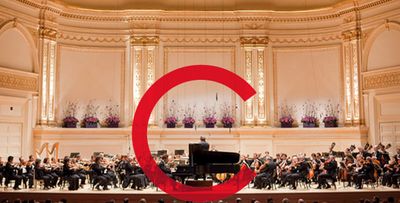