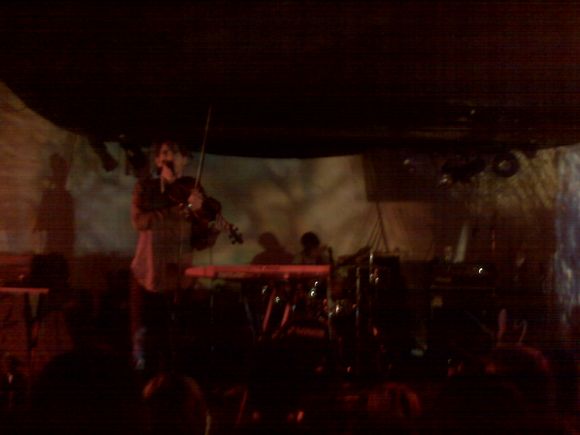 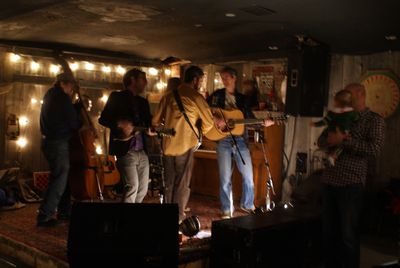 If you need proof that roots music knows no borders, look no further than Toronto's Dakota Tavern, which hosts a four-hour bluegrass brunch every Sunday. Today's band, Badly Bent, played classics by Buck Owens and Bill Monroe while families and friends chowed down on the all-you-can eat eggs, pancakes and sausages.

Across town, the 8th annual WinterFolk festival is filling the clubs on Danforth Street with over 100 (mostly local) acts singing folk and blues. Yesterday's highlights included Vancouver's Sillken (Michele schmidt guitar& Ken Cade, electric violin), Toronto's William & Polly (actually Andrew and Denise) and Ottawa's Marc Charron, who played guitar and drums (with his feet.) Best of the lot was Shawn Brush ("The Krooked Cowboy") who, despite being only 4 feet tall, played one of the best guitars I've heard in a long time. (For those into specs, he plays a Martin 728, originally manufactured for the Japanese market.)

And, then, there's the legendary Rex Hotel, which today hosts the Excelsior Dixieland Band, blues with Dr. Nick and the Rollercoasters, and jazz with Run Stop Run. Its nice to know the Canadians can hear all this music without their passport - though this weather makes me wish I was in Nashville or Memphis right now.

(More pics over at the Fan Page.) 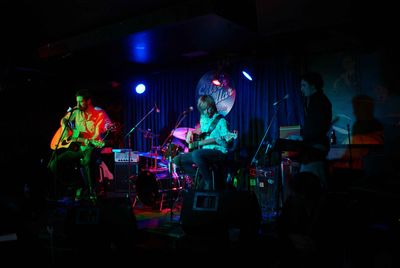 On a frigid Friday night in Toronto, most locals seemed happy to huddle around pub TVs, watching the Opening Ceremonies of the Winter Olympics with a typically-Canadian mix of pride and suspicion. I missed the torch lighting in order to meet up with some friends at The Silver Dollar Room: a vintage blues and rock club on Spadina and College that's been in business since 1958. First up was Ketch Harbour Wolves: a local outfit that played melodic guitar rock drenched in sea mist, much like the fishing village in Nova Scotia they're named after. They were followed by girl-rock outfit SisterWives, led by the feisty and engaging Nora Loreto. The music was ostensibly punk, run through a new wave/post rock filter. "Don't ask for any encores," Loreto said before their last number, "because we've already played everything we have." (More pics below.)

Almost As Good as the Olympics 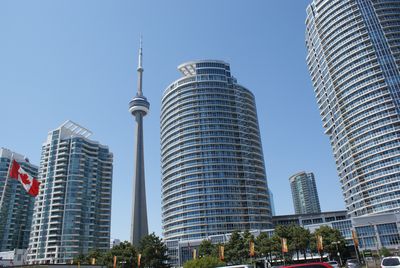 Vancouver might be where all the action is right now, but I'll be having my own kind of fun north of the border this weekend, checking out Toronto's indie stalwart Wavelength, which is currently celebrating its 10th anniversary (and 500th edition.) No doubt there will be all sorts of other musical distractions along the way; stay tuned for updates.