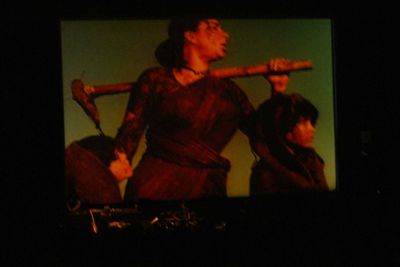 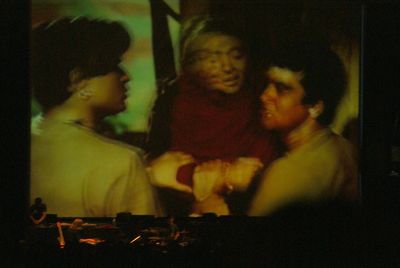 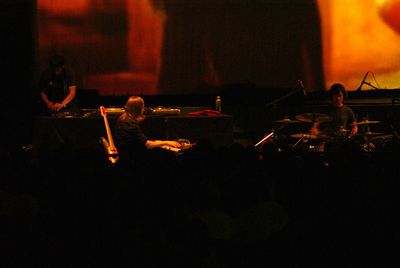 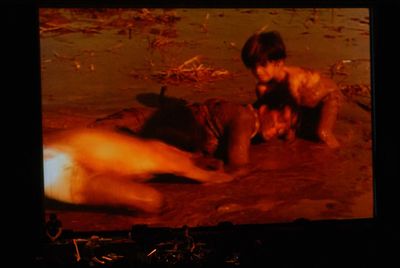 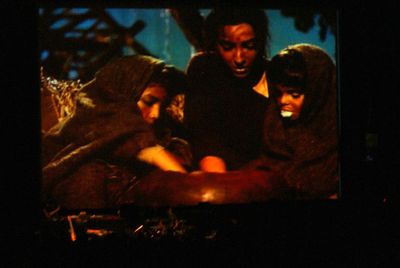 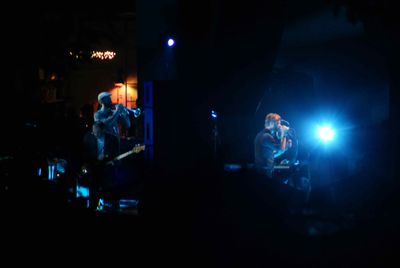 No Age and Cap'n Jazz at Brooklyn Bowl 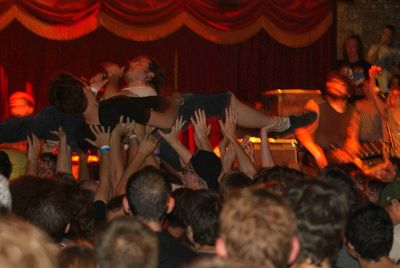 A wild scene yesterday at Brooklyn Bowl, where Jelly's weekly Pool Party was transferred after intermittent rain stopped The Death Set's set early. Unfortunately, BBowl could only accommodate 1/10 of the folks who dashed over from the waterfront stage, but those that made it in were treated to high energy sets by L.A.'s No Age and Providence's Lightning Bolt (who I missed.) But the main draw was undoubtedly the reunited Chicago emo band Cap'n Jazz, who tore through a set of 90's classics like "Oh Messy Life" and "Basil's Kite" (feat. lead singer Tim Kinsella on french horn) to an adoring crowd who seemed to know every word by heart. And, of course, the minute we all went outside, it was bright and sunny cool. (More pics on Flickr.)