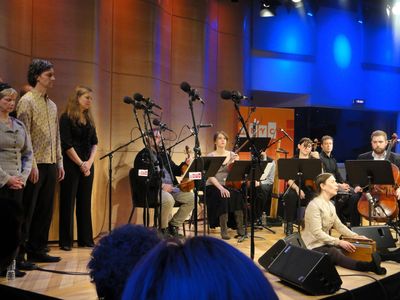 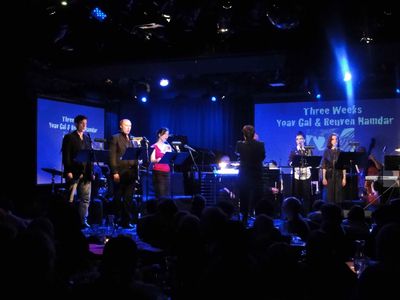 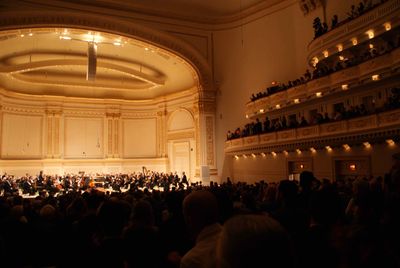 What is a symphony, anyway?

That was the question posed last night by the Montreal Symphony Orchestra, who were in town last night to close the inaugural Spring For Music festival at Carnegie Hall. The festival was built on the model of City Center's successful Fall For Dance festival, where all seats are sold for $10 on a first-come, first-served basis. Spring For Music's ticket price was a bit steeper ($25), but included a parade of first class orchestras from around North America, many of whom were appearing at Carnegie for the first time.

The other stated goal of this new festival was to present thoughtful, innovative programs that break the standard concert mold of Overture-Concerto-Symphony, or refuse to present the same old warhorses. Prior festival concerts featured re-imagined spirituals (Albany Symphony), a modern take on the Oratorio (Steven Stucky's August 4, 1964, performed by the Dallas Symphony) and a program devoted entirely to music inspired by War (Oregon Symphony). All of these concerts have been archived and can be heard on Q2. 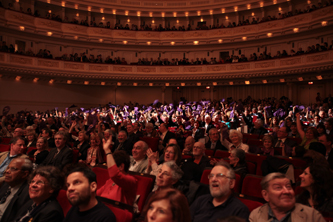 (Photo: © Steve J. Sherman)
Last night's OSM concert, led by Music Director Kent Nagano, purported to chart the evolution of the symphony over the past four centuries. "Symphony" here had a broad definition: not just the standard four-movement work for orchestra, but any arrangement of sounds written for a group of instruments. ("Symphony" is derived from the Greek for "Sounding together.")

The first half of the program was performed attacca (without pause), allowing the audience to experience the flow of the music without interruption. (Apparently, noone told the ushers, who continued to let latecomers in throughout.) The OSM opened with a pair of canzoni (songs) from Gabrieli's Symphoniae Sacrae: short motets originally written for vocal choir, but here replaced by brass, which alternated and intertwined with regal sonority.

Next were two 20th century works from after the so-called "death of the symphony." Anton Webern's Symphony, Op. 21 (1929), was less a symphony than a two-movement manifesto of the 12-tone method: harsh and dissonant, with an awkward, abrupt ending. Stravinsky's Symphonies of Wind Instruments (1919) had elements of folk music and revolutionary primitivism of Rite of Spring, as well as his budding neo-classicism. 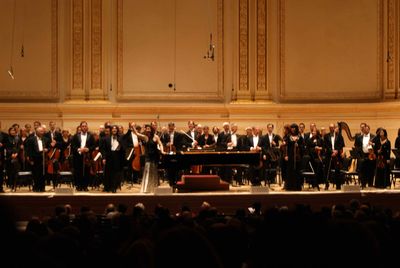 But, it was a bit of a stretch to also include Bach's Sinfonias for solo keyboard, played here by the Canadian Bach specialist Angela Hewitt. These sinfonias - which alternated with the other pieces - are irrefutably grand, and were played with deep emotion and feeling by Hewitt. But, they aren't symphonies, and contributed nothing to the evolution of the symphony.

After intermission, the program ended with that most consipicuous entry to the symphonic repertoire: Beethoven's 5th. By now, it would seem that everything's been said that could possibly be said about this most-performed of Beethoven's immortal nine symphonies. And, I was especially surprised that Nagano - a new music specialist who, among other achievements, assisted in the world premiere of Messiaen's Saint Francois d'Assise - would include this chestnut in one of his programs. 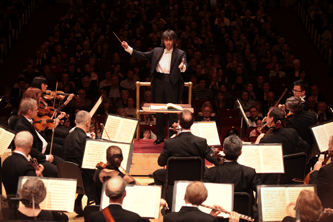 (Photo: © Steve J. Sherman)
But, instead of sitting back and conducting on autopilot, Nagano brought a bold new interpretation to the 5th, as fresh and radical as I've heard. At times, Nagano was a bit eccentric with his phrasing and tempi - the Andante was packed with crescendos and decrescendos - but it was all done with utter conviction. And, in the end, it paid off: the transition from the 3rd movement Allegro to the Finale was triumphant to the point of chills.

I did find it strange that this orchestra, which built it's rep on French music during Charles Dutoit's 25-year tenure, didn't include any on this program. Until the encores, that is, when they played the gentle Sicilienne from Faure's Pelleas et Melisande and Berlioz' rousing Le Corsaire overture, sending the standing O crowd out into the jubilant New York night.

Spring for Music will be back next season, and has already announced it's lineup of orchestras, including Alabama, Edmonton, Houston, Milwaukee and Nashville. More details on the Spring for Music website. 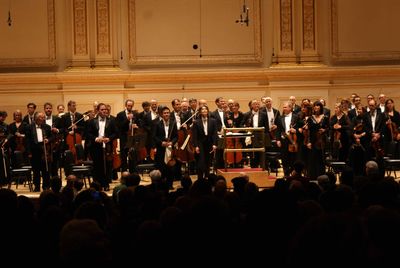