Music Above the Clouds 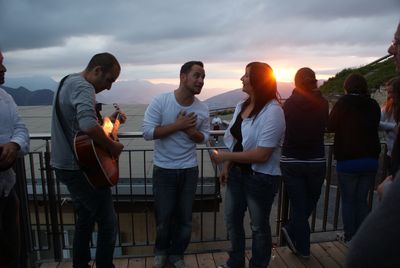 I've been to concerts in a lot of out-of-the-way places, but I can't think of any that top the show I saw Friday night at the Berghotel Schynige Platte: an historic hotel situated in an alpine meadow some 6500 feet above Interlaken, Switzerland. The only way to get to this remote place is via a 19th century cog-wheel train, which takes nearly an hour to make the 10 km journey straight up the mountain.

For little more than the normal price of a round-trip ticket, I was treated to a superb buffet dinner, drinks, and a full set by Marc Trauffer - former lead singer of one of Switzerland's biggest rock/pop bands, Airbag. An emotive, engaging performer, Trauffer sang and bantered in Swiss German, joking with the 40-or-so of us in attendance that he felt like he was playing "his grandmother's birthday party."

The best part of the whole deal, though, was that they reserved a special late train back down the hill for us, which allowed us to remain up at the top during the spectacular sunset over the mountains. I was out snapping pictures of said sunset, when I heard Trauffer and his band out on the balcony, who's come out to play a ballad en plein air, with just Trauffer, his female backup singer, and an acoustic guitar. Pretty perfect.

You can check out more pics on the photo page.

The Other Lucerne Festival 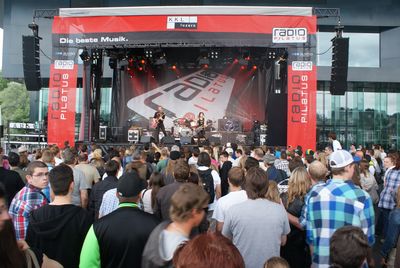 Having arrived in Lucerne, Switzerland expecting to just take a quick look around before heading on to Zurich, I'm stopped in my tracks by an outdoor stage outside the KKL - the big performing arts venue - where LA's Sick Puppies are playing to a huge crowd next to Lake Lucerne. Apparently, I've stumbled upon the 3rd annual Luzerner Fest, which I assume is meant to be the free, populist version of the acclaimed classical music festival to be held here in a few weeks. Over 80 bands are scheduled to play on 20 stages all around town: everything from rock, to jazz, to traditional Landler music. With the sun just starting to peek out from behind the clouds, lighting up the remarkable 14th century buildings, I can't imagine a better way to spend my next-to-last day of vacation.

At the Grave of Messiaen 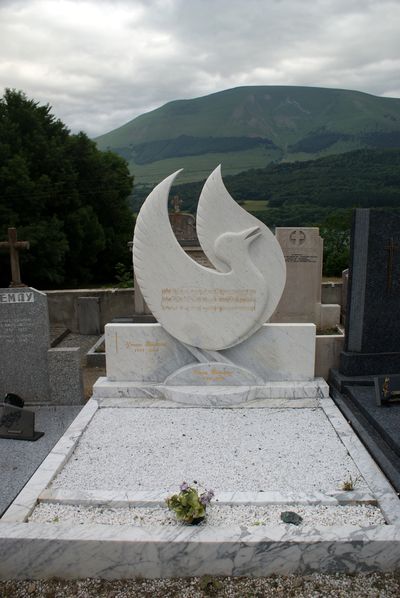 The grave of Olivier Messiaen and Yvonne Loriod-Messiaen in the Eglise Saint-Theoffrey, overlooking Lac de Petichet and Le Tabor. (See here and here for notes on my Messiaen trip through Paris, Brussels and Amsterdam.) 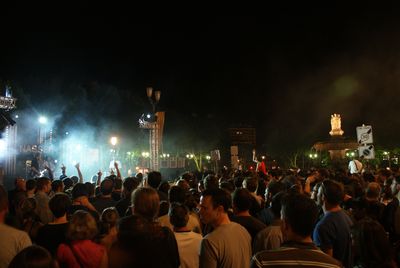