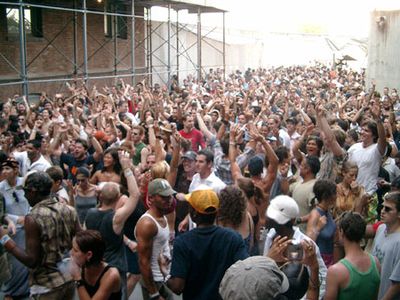 Sure, it's fun to have a beach house, or a place up in the mountains. But, for those of us stuck here in the city, there are plenty of musical diversions to keep you occupied on these hot summer nights. Just check out this Feast of things I plan to check out over the next few days:

Is that enough for y'all?

I received an email this morning, inviting me to join the new Music Bloggers Association of America (MBAA), founded by Rashon A. Massey (TheRFW.com), Todd Walton (TheHipHopDemocrat.com) and Brandon Dorsky (SuperGoodMusic.com). Their stated goal is to share their insider knowledge and "unite music blogs as a means of creating forums for sharing content, information and music." Whatever: I'm in it for the afterparties. 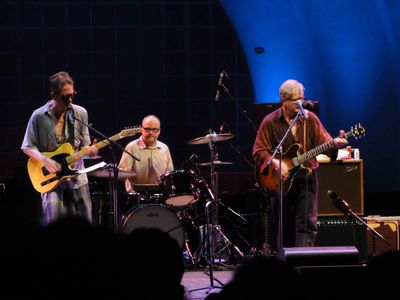 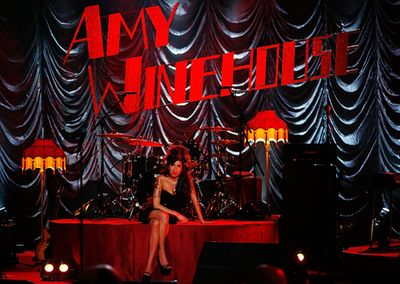 (Amy Winehouse, performing via satellite during the 2008 Grammys.)

Sad news from London today that Amy Winehouse - the oft-troubled R&B and soul singer - has been found dead in her Camden apartment. She was 27. For all the attention Amy got for her offstage antics, she was one of the most prodigiously talented musicians of the new soul revival, nearly sweeping the 2008 Grammys in absentia and inspiring singers three times her age to pick up the microphone again. (Ronnie Spector sang "You Know I'm No Good" when I saw her in 2009 at B.B. Kings.) A terrible waste; more details as they become available.

P.S. Julia Werdigier in the Times makes the startling observation that Winehouse is not the first singer to die at 27: Jim Morrison, Janis Joplin, Jimi Hendrix, Kurt Cobain and Brian Jones of the Rolling Stones all passed away at the same age. Also, Ben Sisario has a nice obit here; no indication if this - like so many other Times obits - was written in advance of Ms. Winehouse's demise.