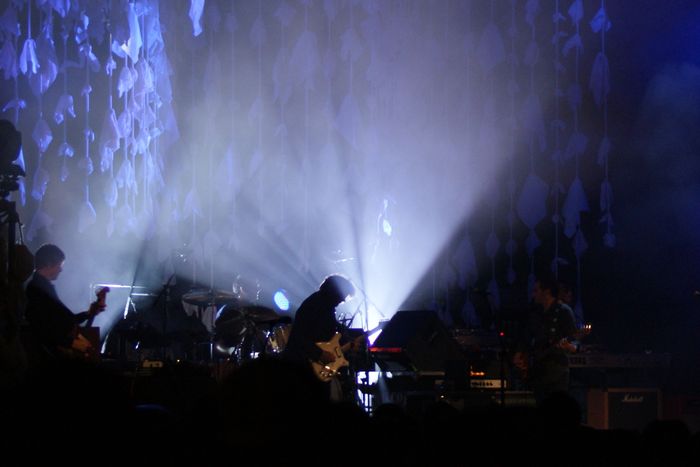 A big, heartfelt show last night from Jeff, John, Nels, Glenn, Pat and Mikael. We lucked out with the weather, but if you're going tonight, bring your poncho! 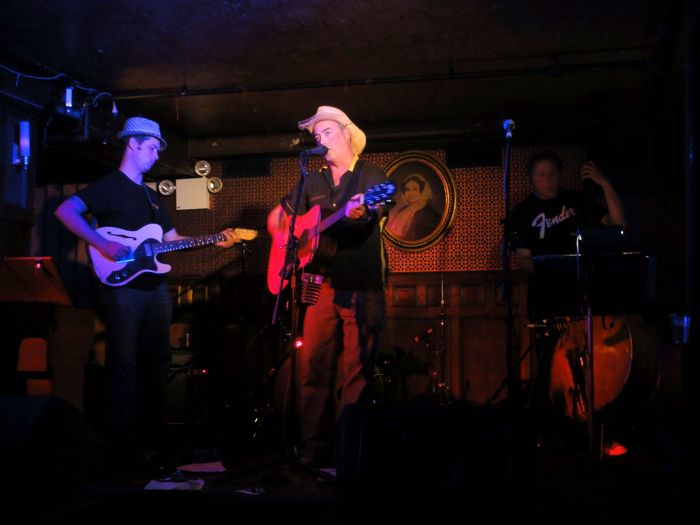 Union Hall was turned into something of a roadhouse last night, courtesy of two of the leaders of the Brooklyn country music revival. Sean Kershaw and the New Jack Ramblers warmed things up with a set of heartfelt songs, delivered with a Willie Nelson twang. And, headlining was Alex Battles and the Whisky Rebellion, whose booze-fueled charisma seemed to teeter on the brink of collapse. This, of course, is all part of Alex's charm, along with his amazing, often hilarious songs that transport the ballads of Texas and Tennessee to the urban range of NYC. (This rendition of "You Live in Queens" should ring true for anyone who's ever chased a girl/guy to the outerboroughs.)

For those who missed last night's show (guess there are a lot of folks who prefer made-for-TV music), Alex will be hosting the upcoming Brooklyn Country Music Festival at Hank's Saloon (9/30-10/2). Alex and the Rebellion play Sunday afternoon during the 37th annual Atlantic Antic: be sure to stop by, as this may be the last hurrah for Hank's, which is set to be razed any day now. 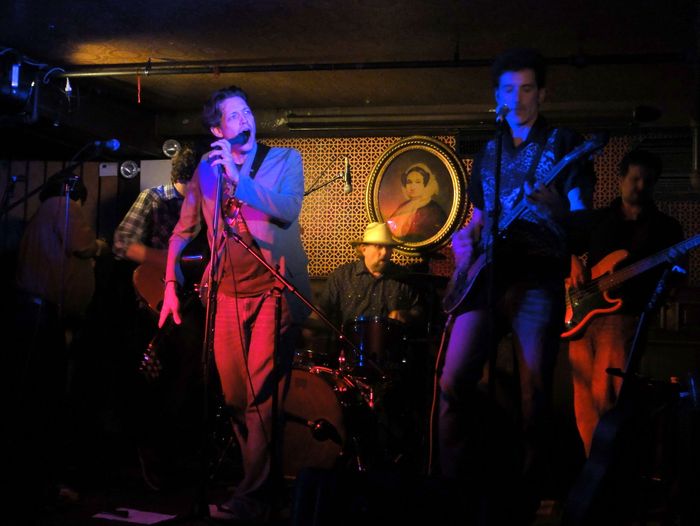 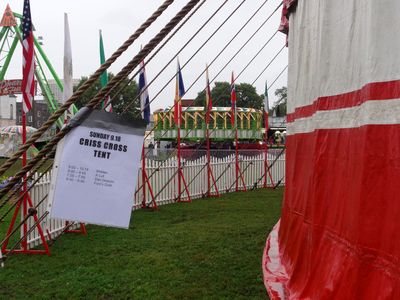 For as long as I can remember, there's been a strong connection between indie rock and the circus. First, there was the Siren Festival, located out in Coney Island next to the sideshows and with stage backdrops depicting elephants, clowns and tightrope walkers. Then, there's Devotchka, whose stage show includes aerialists and other amusements; at last year's CMJ, they headlined a mini-festival under the Big Apple Circus tent in Lincoln Center. Not to mention all those burlesque shows which weave live bands between performances.

The latest example of this curious synergy was last weekend's Brilliant Corners of Popular Amusements festival, which took place last weekend in Chicago's Eckhart Park, just west of I-90. Produced by the team behind the Pitchfork Music Festival, there were two large circus tents, an outdoor music stage, the Renegade Craft Fair, rides - and, or course, sideshows. The producers say they wanted to reinvent the traditions of Vaudeville for a 21st century audience, "a live mash up of art forms and entertainment under one umbrella."

All of it was free, save for the mainstage tent which offered a stellar lineup including Dan Deacon, School of Seven Bells, and Shellac, among others. Unfortunately, I didn't get to see any of them, but when I stopped by on Sunday afternoon, there was a rock trio lighitng up the outdoor stage and the astonishing Zoppè family circus performing under the big top. Even though it was raining outside, everyone - families included - seemed to be having a great time. Lesson learned: always give your audience more than they expect, and they'll come back looking for more. 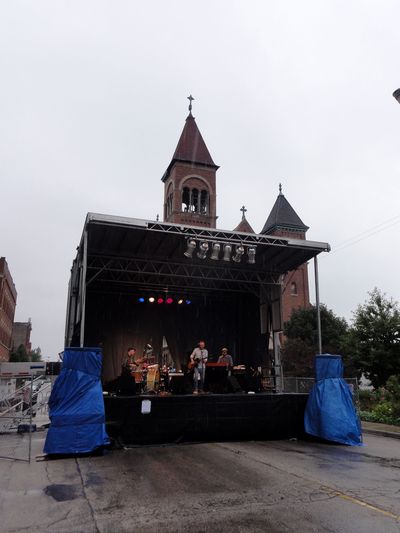 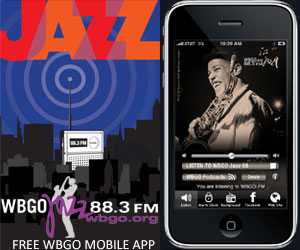 For those who haven't heard, local jazz stalwart WBGO is in the middle of their fall fundraiser, where they hope to raise enough money to pay for a new transmitter atop 4 Times Square, which should get all those good vibes down to each and every block of NYC. (The current transmitter sits atop a pole in Newark.) Go here for more info about the program, and to pledge.