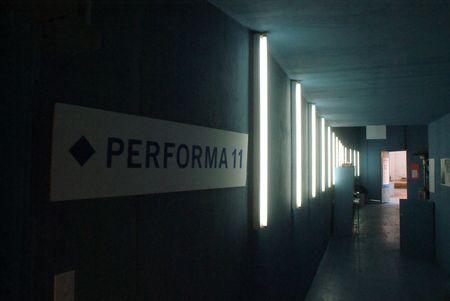 Last week, I attended several events as part of the 4th edition of Perfoma: the biennial exhibition of "visual art performance." As oxymoronic as that sounds, there was something strangely compelling about hearing legitimately good music put into the service of some truly strange happenings.

Having trouble with your turkey this Thanksgiving? James and Kenny will show you how it's done (courtesy of the late, lamented MadTV.) 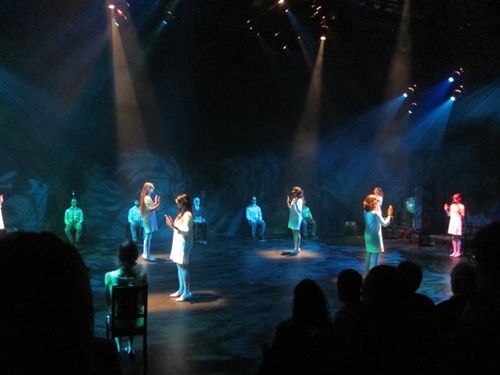 Edit: Yet another guest post, this time by Bonnie.

Like most of Robert Ashley's operas, That Morning Thing - revived for the first time in more than 40 years last week at The Kitchen - is both touching and human in its impact, yet defies easy description. The three-act opera opened with “The Frogs,” in which four women, seated at opposite ends of the stage, stood and joined to form two duos. Clad in white, their sparkly glasses shone intermittently as they moved carefully about the stage. Meanwhile, four men at the rear of the stage spoke of numbers and phonemes while a Speaker spoke of frogs and the demise of language.

“Language could become obsolete, could be replaced with new modes of communication . . . language is the only bond between humans.” 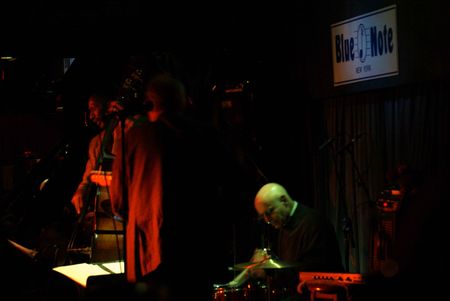 I feel fortunate that I got to see the great drummer Paul Motian, who passed away earlier today at the age of 80, last year at the Blue Note with Ron Carter and Bill Frisell, one of the many, many bands he played with over a storied six-decade career. I was a bit cranky that night, thanks to being shoehorned into a corner seat with shitty sitelines, but the set was sterling, and Motian's steady, distinctive beat was the glue that held it all together.

I only wish I'd gotten to see him more; fortunately, his artistry is preserved on dozens of recordings with everyone from Bill Evans to Keith Jarrett, not to mention his own inventive trio. A pivotal figure in jazz; he will be missed.