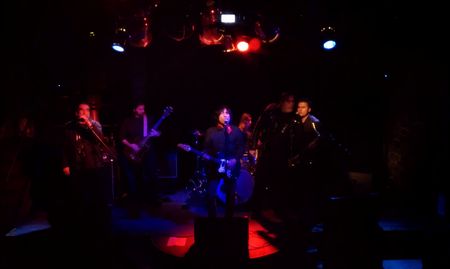 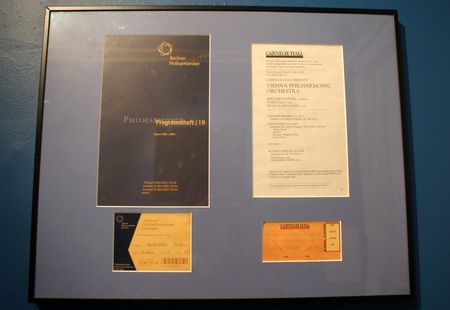 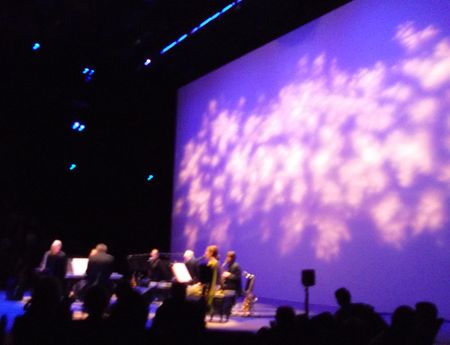 Tune-In Music Festival: Phil and Patti Blow Up the Armory 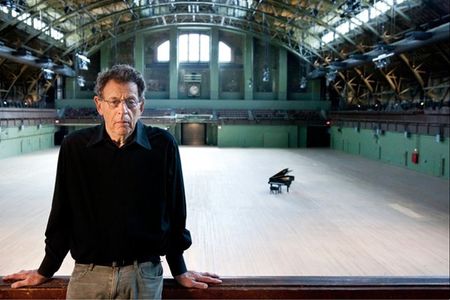 If I told you that a poet, for her composer friend's birthday, offered a tribute performance to another, deceased poet, and that the performance would draw heavily on Buddhism, sex, rabble-rousing, and the Hindu pantheon, you would probably expect the exercise to collpase under its own preciousness. When the poet is Patti Smith and the composer-friend is Philip Glass, however, you get electrifying theater.

The cavernous Park Avenue Armory was the scene for this unusual collaboration Friday night, with floor seating near the stage on a set of threadbare Eastern rugs, creating a Gothic coffeehouse atmosphere. The performers required only a Steinway grand and a few mics, clearing the way for projected photographs of Allen Ginsberg and his associates on a screen behind.

Mr. Glass served primarily as poetry accompanist, taking only one solo feature, an extended piano twiddling titled Etudes #2 and #10.  His music has been labelled "Minimalist", and while this may not be fair to all of his works, it did apply to this offering.  His playing had the prinicpal effect of putting experiences beyond the piano in relief - the obbligato sirens of the FDNY on Lexington, for example, or the fundamental oddness of sitting in a giant room with hundreds of silent people.

The night truly belonged, however, to Patti Smith.  Her voice has lost none of its "Piss Factory"-era, eardrum-grabbing, power.  Her own poetry provided calming punctuation to her full-throated projection of Ginsberg's works, which, in "Wichita Vortex Sutra" and "Magic Psalm", approached shamanic dimensions.  Her own songs, backed up by daughter Jesse Smith and longtime collaborator Lenny Kaye, drew the loudest applause, particularly the foot-stomping closer, "People Have the Power", attaining new depth in this era of Occupy Wall Street.