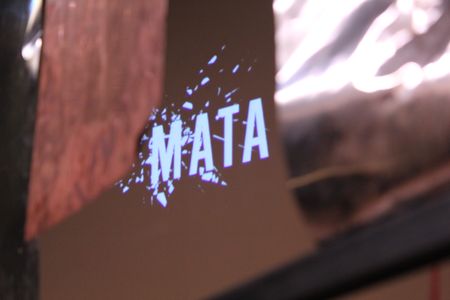 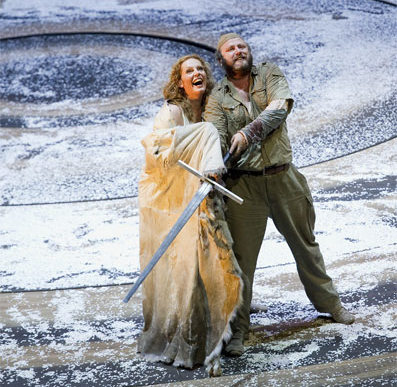 There's something about Wagner and tenors that seems to bring about dramatic Met Opera debuts. First, there was Robert Dean Smith, who made a last-minute debut as Tristan in Tristan und Isolde during a Saturday matinee broadcast in 2008 (which I said at the time was "like being called up from the minors to pitch Game 7 of the World Series.") Then, there's Jay Hunter Morris, who last season stepped into the punishing role of Siegfried as a virtual unknown and continues his triumphant run in this season's Ring cycles.

But, taking the cake is Dutch tenor Frank van Aken, who made his Met debut today as Siegmund in Die Walküre, also broadcast live around the world. Van Aken was visiting New York - and the U.S. - for the first time this week so that he could see his wife, soprano Eva-Maria Westrbroek, sing the role of Sieglinde opposite Jonas Kaufmann. But, when Kaufmann fell ill on Thursday, Met General Manager Peter Gelb gave van Aken a call while he and Westbroek were eating dinner, asking him if he could sing it. "We basically drafted him," Gelb said from the stage before today's performance.

While van Aken wasn't flawless - there were some flubbed notes in Act 2 - the performance was nothing short of heroic, given that he had less than 24 hours to prepare a role he hadn't sung in nearly two years. What's more, he had been walking around NYC like any other wide-eyed tourist, with no plans to perform - much less sing in front of 4,000 people at the Met, and on the radio for millions. When interviewed during the Act 2 intermission, van Aken said he didn't sleep at all on Friday night.

When asked what advice Westbroek offered her husband before he went on today, she said: "Just keep breathing. I'll walk you through it." And, just like in Airplane, they got the bird down in one piece.

Van Aken may have had to skip his visits to the Statue of Liberty and Empire State Building this time, but something tells me he'll be back in NYC again before long. 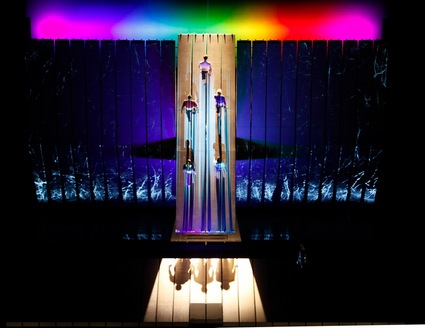 "I utterly disagree with those who were dissatisfied with the decorations, the scenery and the mechanical contrivances at Bayreuth (for The Ring.) Far too much industry and ingenuity was applied to the task of chaining the imagination to matters which did not belie their epic origin."

Seems there's been disagreement on these things from the very beginning.