Wagner's epic opera cycle hurtled to its fiery conclusion on Tuesday night at the Met, with the final installment, Götterdämmerung. Alberich's curse on the Ring of the Nibelungs finally sinks to its bitter end, pulling down the old order of the gods and closing the age of heroes.

The evening carried high drama, and Tuesday's cast delivered the heat. Jay Morris and Debra Voigt—the marquee singers for Siegfried and Brünnhilde, respectively—were absent, replaced by Stephen Gould and Katarina Dalayman. Gould gave an unforced and mellow Siegfried, and although he showed some signs of fatigue in the third act, he quickly recovered. Dalayman's performance was of a different order altogether: Brünnhilde carries much of the load in this opera, but Dalayman devoured the part, in total control of the action. I vastly preferred her to Voigt in this role.

Iain Paterson's Gunther demonstrated the character's slow descent into misery as he realizes just how far in over his head he is. Wendy Harmer's Gutrune served as a clear-voiced counterpoint to the swirling plots around her. The basses let it rip as well, with Hans-Peter König filling the hall with sound as Hagen, the plotter, playing against Eric Owens' more piercing Alberich in their gloomy second-act duet.

The cast got help from another great lighting scheme, consistently a strong point throughout the cycle. The Machine, in this case, mostly served as architecture in the scenes around the Gibichung's hall, though it also depicted the Rhine, Brünnhilde's rock, and the Norn's cave. This production (thankfully) didn't use it for distracting object-making, but rather to organize the stage space instead. The big miss here was the puppet-horse, Grane, which was toy-like and tragically inneffective as the mount for Brünnhilde's death ride.

The orchestra, under Maestro Fabio Luisi, nearly gave their best performance yet in the cycle. Götterdämmerung features a number of highly exposed horn and woodwind solos, all of which the players nailed. Yet, inexplicably, Siegfried's death music came apart at the seams; collectively, the orchestra managed to lay a flabby, disjointed egg. Maestro Luisi turned the funeral march portion into a quickstep, as if to put the pit out of its collective misery. This was particularly disappointing here, serving as the climax of some 16 hours of opera. Like true professionals, however, the pit regrouped almost immediately, at last sounding like wild Wagnerians during both Brünnhilde's immolation scene and the conclusion, as the Rhine's blue waters washed the wreckage away.

The second cycle of this controversial but ambitious production kicks off tonight (4/26) at 8:30 at the Met, for those who want to dive into the madness from standing room areas. 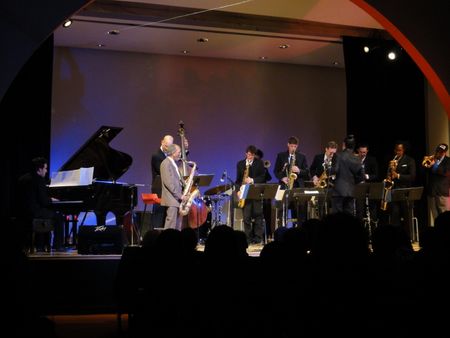 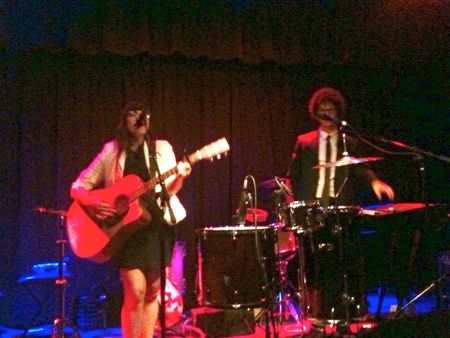 As a Louisiana native, I’ve come to accept a few things about New York: parades aren’t as fun (or wild); you will almost certainly always have to settle for frozen crawfish; and if you want to celebrate Mardi Gras properly, it’s best to throw your own party. With such little lagniappe in this part of the country, I'm always excited to meet people from back home, especially if they come bearing musical gifts.

Such was the case on Sunday night when I ventured out in the torrential downpour to Spike Hill for Alexis Marceaux & the Samurai (also known as Sam Craft). The New Orleans natives are currently touring the Eastern seaboard to promote their latest album, Orange Moon. While the bar was hardly packed—rain and Mad Men will do that—those present were appropriately responsive, clapping and hollering after every song. They would fit right in in the Crescent City.

“Brains,” a track off the new album, began with Marceaux on acoustic guitar and Craft on every other conceivable instrument (drums, violin, keys, etc.). It was evident immediately that Marceaux boasts a rare vocal talent: a strange combination of Sarah McLachlan’s lilting beauty and Linda Perry’s power, Marceaux hit every note with nary a quaver. Such confidence and strength proved an interesting foil to the songs themselves, which felt a bit folky, or even a shade alt-country. With poetic singer/songwriter lyrics and an eclectic, almost Dave Matthews Band-esque sound, each song—from the romantic “Stars” to the surprisingly angry “Shut Up”—had depth and an undeniable pop sensibility.

My favorite song of the evening wasn’t an original, however, it was a cover of the lauded Cajun group The Balfa Freres’ “Parlez-nous a Boire,” which roughly translates to “Let’s Talk about Drinking.” (No one parties like Cajuns do.) Having grown up on Zydeco, I was expecting something traditional or, at least, reverential—washboard optional. But Marceaux and Craft’s take was completely fresh and original, somehow sounding like a rock song. With its pounding drums and shaking tambourines, it was a veritable barn—or, in this case, swamp shanty—burner.

Zydeco is fun, danceable music, but it's fairly niche: I’d venture that the only young people seriously listening to it live somewhere near Lafayette. From what I heard, Marceaux and Craft could change this with their thoroughly twenty-first-century take on the sound. Laissez les bons temps rouler, indeed.