Bang on a Can Summer Marathon 2012 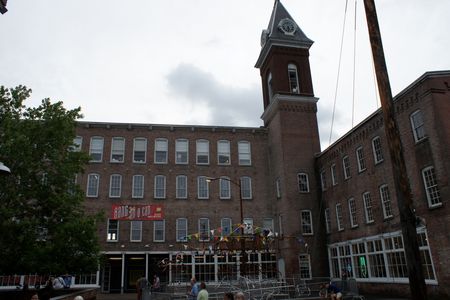 Along with all of the other musical happenings in the Berkshires this past weekend, Bang on a Can wrapped up their 11th annual Summer Music Festival at Mass MoCA on Saturday with a Marathon concert in the museum's Hunter Center. Modeled after NYC's Bang on a Can Marathon, which celebrated it's 25th anniversary this year, "Banglewood," as it's affectionately known, gives some 3-dozen fellows a chance to show off some of what they've learned over three weeks working with some of the biggest musicians and composers on the new music scene - including, of course, David, Julia, and Michael. It's been a fertile breeding ground for many of today's most active composer/musicians, many of whom have gone to produce their own live events.

I used to drive up to North Adams for the marathon every year, but this past Saturday was my first trip back since 2008, when Terry Riley mesmerized the audience with an extended improvisation from his raga roots. (Afterwards, I shared a Sam Adams with Riley and his wife at the Mohawk, where we talked about everything from Hurricane Mama to the postal route he ran while living in Paris.)

Continue reading "Bang on a Can Summer Marathon 2012" » 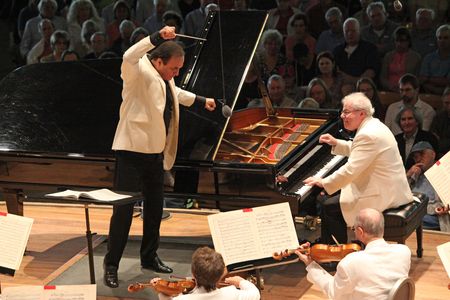 My weekend at Tanglewood wrapped up Sunday afternoon with yet another performance by the BSO, their third different program in three days (which may be unusual elsewhere, but is the standard here.) As on Saturday night, Charles Dutoit was on the podium, kicking things off with Beethoven's 3rd piano concerto, played with finesse and emotion by Tanglewood regular (and part-time Berkshires resident) Emanuel Ax. After intermission, the BSO ripped through a performance of Tchiakovsky's 5th symphony: a bombastic work full of orchestral fireworks that literally lit up the previously-grey skies outside the Shed.

There's lots more coming up at Tanglewood this season, including the annual Tanglewood on Parade concert (Aug. 7), the Festival of Contemporary Music (Aug. 9-13),and a gala concert celebrating John Williams' 80th birthday (Aug. 18.) I might make it back myself before the summer's out, but regardless, it's good to see the old girl still keeping up her appearance 75 years on. See you again soon. Tanglewood 2012: Berlioz' The Damnation of Faust 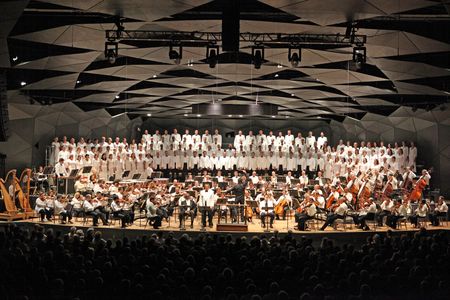 Continuing the great tradition of operatic performance at Tanglewood, Charles Dutoit led the Boston Symphony Orchstra, Tanglewood Festival Chorus, PALS Children's Chorus, and soloists in a performance of Berlioz's Damnation of Faust on Saturday night in the Shed: a mammoth undertaking by any measure. Performed without intermission, Berlioz' "dramatic legend" lasted some 2 1/2 hours, encapsulating Goethe's entire epic: from his desperate struggle to obtain youth and happiness, to his eventual end in the bowels of hell. Mezzo-soprano Susan Graham stole the show as Marguerite, with strong support from Paul Groves (Faust), Sir Willard White (Mephistopheles), and Christopher Feigum (Brander). 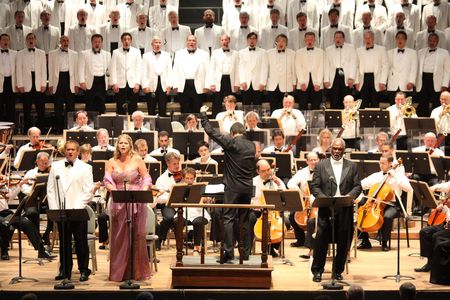