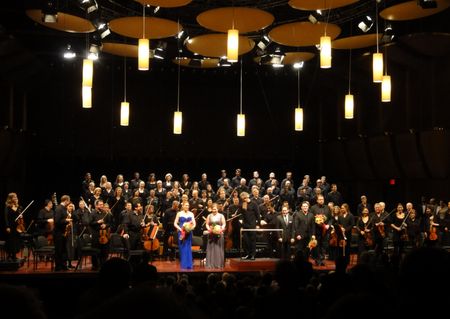 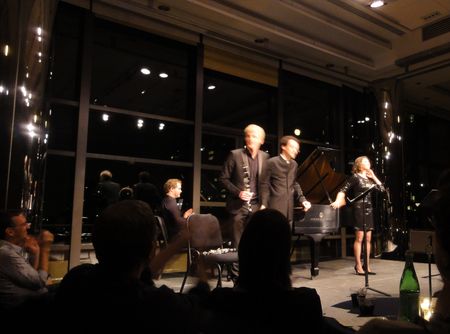 There are many miraculous things about Mark Morris' Dido and Aeneas, currently running at the Rose Theater as part of this year's ongoing Mostly Mozart Festival. Created during Morris' residency at la Monnaie in Belgium—during which time he also created The Hard Nut—it is a seamless blend of classic theater and contemporary gesture, brought to life by the members of the Mark Morris Dance Group. Morris magically illuminates Henry Purcell's baroque opera, which is simultaneously exotic and accessible due to its English libretto (written by Irish poet Nahum Tate). Originally written for a girls' boarding school, it recounts Aeneas' seduction of Dido, who had previously taken a vow of celibacy, only to be later abandoned by him. The allegorical message would have been self-evident for the "young gentlewomen."

The MMDG was led by the tall, elegant Amber Star Merkens as Dido, and the powerful, barechested Domingo Estrada, Jr. as Aeneas. In the pit, the peerless Stephanie Blythe sang the dual role of Dido and the Sorceress with flawless conviction, standing guard like a den mother over her fellow singers Yulia van Doren (Belinda) and Joshua Jeremiah (Aeneas). Guiding the whole production from the podium was Morris' himself, who has turned into an impressively straightforward conductor five years after his debut. During curtain calls, I couldn't quite tell if he was being silly or serious—probably a bit of both.

Dido and Aeneas continues tonight and tomorrow at the Rose theater; tickets available at the box office or online. 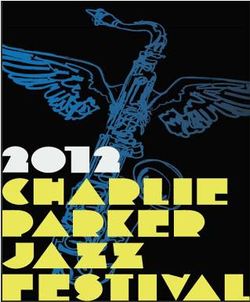 Another festival back this year after last year's Irene-related armaggeddon is the Charlie Parker Jazz Festival, which expands to three nights this year in honor of its 20th anniversary. Things kick off tonight at Marcus Garvey Park with Miguel Atwood-Ferguson's Bird With Strings, followed by an afternoon show tomorrow featuring Roy Haynes, Rene Marie, Derrick Hodge, and Erimaj. Then on Sunday, things move down to the traditional spot at Tompkins Square Park - across the street from Bird's flat on Ave B - with a lineup including Gregory Porter, Patience Higgins' Sugar Hill Quartet, Andy Milne and Dapp Theory, and Sullivan Fortner. All shows are free, and rain-or-shine.

After last year's Afropunk Festival got cancelled due to Hurricane Irene, organizers are bringing the festival back to Ft. Greene's Commodore Barry Park this weekend with a stellar lineup that crosses the hip-hop/indie/soul divide. Highlights from the two-day festival include everyone from megastars such as Eykah Badu and Janelle Monae, to upstarts like Das Racist and Spankrock. There'll be a skate park, food court, market, even a bike show. And, it's FREE.

Daily lineups after the jump.