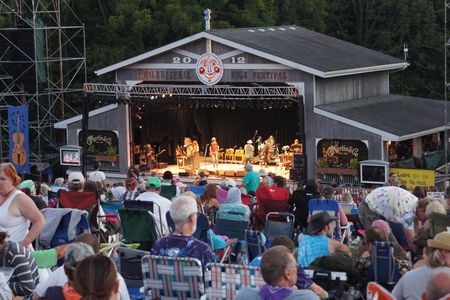 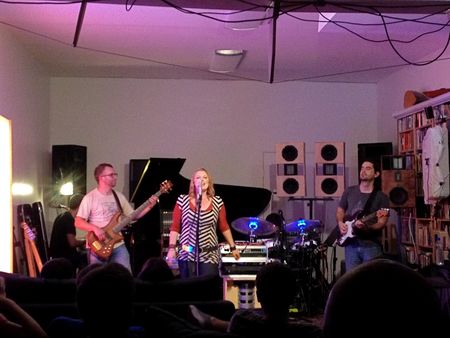 Spectrum’s owner, Glenn Cornett, effusively introduced the band, explaining that he had organized the entire weekend-long NYX Festival of Experimental and Prog Music around them. Even with the late start, MoeTar didn’t seem to be in any rush to get things off the ground as they eased into their first number, “Butchers of Baghdad” from their most recent EP, From These Small Seeds. While the instrumentalists were certainly accomplished, vocalist Moorea Dickason was the real star: Walking the line between operatic highs and sultry torch-singer lows, her soaring, transcendent voice filled the small space and gave me goose bumps. 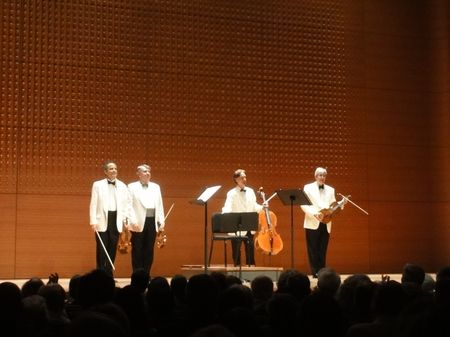 There was an embarassment of riches this week at the Mostly Mozart Festival, which kicked off Monday with the return of the Emerson String Quartet, who played Dvorak's "American" Quartet, Barber's Adagio, and Schubert's "Trout" Quintet (with Joyce Yang, piano, and Timothy Cobb, bass) with their peerless power and precision. All throughout, the packed Alice Tully Hall was riveted by their seamless playing, honed over the past 35 years. At the end of this season, cellist David Finckel—who joined in 1979—will be replaced by Paul Watkins; time will only tell if the group can keep its dynamic intact.

I saw the Mostly Mozart Festival Orchestra twice this week, under two different conductors that produced two very different outcomes. On Tuesday, the orchestra sounded fine playing Beethoven's Third Piano Concerto, thanks largely to Rudolf Buchbinder's (making his Mostly Mozart debut) effortless mastery. (Buchbinder warmed up with Beethoven's "Appasionata" Sonata in a pre-concert recital.) But, the MMFO sounded lost in Schubert's "Great" Ninth/Eighth Symphony, with the horns missing all over the place and the winds sounding shaky at best. I'm sure Osmo Vänskä, who is usually an excellent conductor, could have used more time to rehearse, but it was a far cry from when I heard Riccardo Muti conduct it with the Vienna Phil in the Musikverein. Bottom line: If you're not going to do something as majestic and triumphant as this symphony right—and with the right number of forces—don't do it at all. 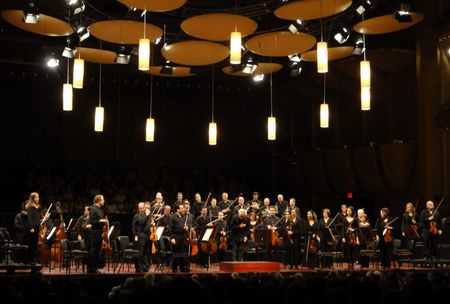 Fortunately, the MMFO sounded far better last night with their Music Director, Louis Langrée, on the podium, leading with confidence and flair (and without a score.) Langrée, who is celebrating his tenth season as Mostly Mozart's Music Director, started off with a novelty: Mozart's First Symphony, written when he was eight years old. For a near-toddler, it was pretty mindblowing: I could swear I heard bits of Giovanni and Figaro throughout. That was followed by Schubert's "Tragic" Fourth Symphony, which went right everywhere the "Great" went wrong: the strings carried the dark, brooding texture, the brass crisp and clear.

But the reason Avery Fisher was packed to the top balconies last night was the star on the second half of the program: namely, Joshua Bell, playing Brahms' Violin Concerto. A big, meaty concerto clocking in at over 40 minutes, the Brahms might be the most challenging of all the major violin concertos: a seamless blend of orchestra and violin, with each playing off of the other. Bell, one of the few irrefutable stars of classical music, dispatched it flawlessly, of course, but also with the mesmerizing flair for which he's become famous. Langrée and the MMFO held up their end of the bargain, matching Bell's speed and energy with power and precision.

Before the performance, I had the temerity to question Bell's star quality to my friend Shannon, herself an amateur violinist. "Have you ever tried to play a note on a violin?" she asked me. (I haven't.) "When most people try it, it comes out sounding like a wretching seagull. To make it sound like he does is just a friggin' miracle. And, no, it doesn't help that he plays a Strad: that would just make it louder." Case closed. 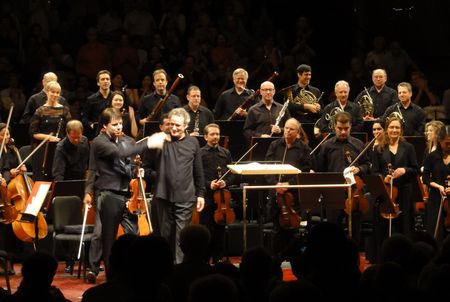 More pics below and on the FoM Tumblr. 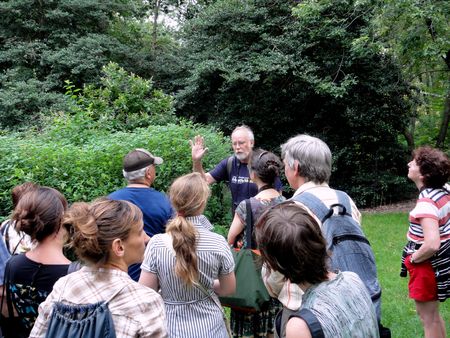 Peter Joost, a quiet and gentle board member of NYC Audubon for the past two decades, led a bird walk in Central Park yesterday as part of the Mostly Mozart Festival, which has birds—and music inspired by birds—as a central theme this year. Joost has worked tirelessly to protect local birds and their habitat in NYC for the past 35 years, having served as president of the Brooklyn Bird Club and the Linnean Society, as well as a beloved educator at St. Bernard's School.

I learned from Joost that there are 30 nesting species in Central Park, including cardinals, blue jays, robins, swifts, and house sparrows—which apparently used to be so numerous, they would create clouds in the sky. According to Joost, the sparrows were finally done in once the internal combustion engine took away their key food supply: horse manure.

I also learned that some 790 other bird species stop off in Central Park during their annual migrations, with the birds always flying at night to avoid predators and various man-made threats.

At one point, we all heard a repetitive, high-pitched chirp. "That's a baby cardinal," Joost said, "shouting 'Feed Me! Feed Me!'" Sadly, I didn't see anyone carrying around staff paper, Messiaen-style, in order to write it down.