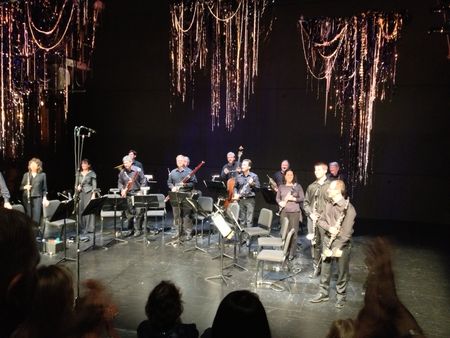 Compared to the wealth of chamber music for string ensembles and piano, wind instruments have been woefully neglected in receiving any substantial repertoire from the canon of major composers. Aside from a handful of mixed-ensemble works, woodwinds are left to the trite and unfulfilling world of 18th-century quintets. Thankfully, the St. Luke’s Chamber Ensemble opened their concert season at the Baryshnikov Arts Center with a pair of the most recognizable [and moving] pieces for wind ensemble, György Ligeti’s Six Bagatelles for Wind Quintet and Mozart’s Serenade No. 10, “Gran Partita.”

Striving to make the opening concert an “event,” as the pre-concert remarks noted, the program chose to alternate between the Ligeti and the Mozart throughout the evening. Unfortunately, despite the desire to amplify both works’ jovial nature, artistic management failed to realize that two of the Ligeti movements are incredibly dark and anxious, not coalescing at all with the genial and fluid nature of the Mozart. Additionally, some odd lighting concepts and a set design that looked like Bourbon Street the morning after Mardi Gras seemed pointless and distracting. Thankfully, the St. Luke’s players were in top form, delivering substantial accounts of both works with conviction and style.

"Einstein on the Beach" at BAM 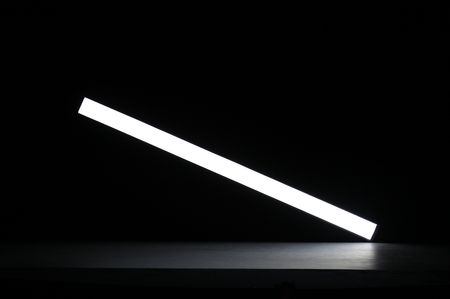 "The most beautiful experience we can have is the mysterious. It is the fundamental emotion which stands at the cradle of true emotion and true science."

The world was a different place in 1976. Jimmy Carter was elected president. The Viking I landed on Mars. And Steve Jobs and Steve Wozniak had just produced the first usable personal computer. It was a world devoid of digital distractions, where phones were tied to a cord, mail came with stamps affixed, and "apps" were something you ate before dinner.

In the insular world of opera, Patrice Chareau mounted his controversial staging of Wagner's Ring at the Bayreuth Festival, on the 100th anniversary of Wagner's original production. About 700 miles to the southwest, however, a new opera by Americans Robert Wilson (director/set designer), Philip Glass (composer), and Lucinda Childs (performer/choreographer) premiered at the Avignon Festival that made Chereau's Ring look like La Boheme.

It was called Einstein on the Beach, and it was unlike anything that had ever been seen in an opera house. The central characters were all dancers, with spaceships and glass coffins flying overhead. A courtroom was dominated by a bed that made it appear like a mental institution. There was no discernible plot, and instead of heroes or heroines, there were two "Featured Performers": androgynous women who communicated via gestures and a repetitive, nonsensical text written by an autistic16-year-old. And, the "orchestra" consisted of two Farfisa organs (one played by Glass) and a handful of wind instruments. It was, as one reviewer put it, "an anthology of the arts."

Einstein toured throughout Europe that summer, creating a sensation and catapulting its creators to fame, if not fortune. (Glass drove a cab to make ends meet.) In November, it was performed in the U.S. for the first time, selling out two consecutive Sundays at the Met Opera (they rented the house). It was revived at BAM in 1984, then again in 1992, after which it seemed destined to the dustheap of experimental curiosity and academic—if not actual—admiration.

Continue reading ""Einstein on the Beach" at BAM" » It isn’t often that I get to see a band that I truly love. Much of this is my own doing, as I tend to favor bands that I’ll never see (The Doors) and artists that have effectively gone AWOL (David Bowie). To say I was excited to see Turbo Fruits play Mercury Lounge last Thursday would be an understatement—I’ve been looking forward to the lads' return to the city since I first heard them during June’s Northside Festival at the Knitting Factory. The wait was worth it.

The boys are on the road again in support of their latest release, Butter, produced by Jim Eno of Spoon. While it would have been easy to go with their better known barn-burners (the Fruits already have two other albums to their name), Jonas Stein and his band of devilish Southern gents stuck mostly to new material. They kicked things off with “Where the Stars Don’t Shine” and “Colt 45,” two of their hard-hitting and instantly hummable new tracks.