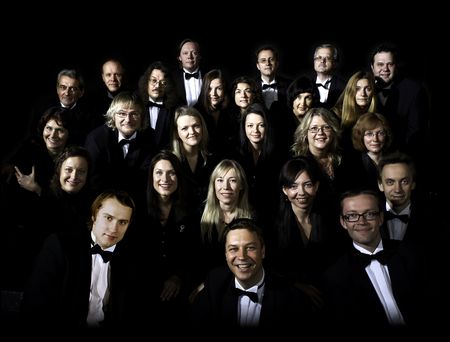 After performing a concert of modern Baltic music in Midtown Friday night, the Latvian Radio Choir made their way uptown to Alice Tully Hall on Saturday, joining forces with the Sinfonietta Riga for a program dedicated to the mystical Estonian composer, Arvo Pärt. Although deeply religious in tone, Pärt’s music transcends any segmentation of creed or belief, eschewing organized religion in order to give testament to a higher, humanistic perspective. And despite the overall sonic stasis, the Estonian’s works are incredibly difficult to perform, requiring a great amount of dedication and patience from performers and audiences alike.

The fully stocked evening included the Berliner Messe, composed in 1990, shortly after the fall of the Berlin Wall, and the Te Deum—both lengthy works that achieve new levels of profundity in approaching traditional texts of the Latin Mass. In many ways, the two compositions mirror each other perfectly; the Berliner Messe’s quiet consolation juxtaposed with the Te Deum’s triumphant jubilation.

Conductor Tõnu Kaljuste took control of the groups, contouring a great sense of the vocal lines while giving the strings the precise direction they needed. The choir melted beautifully together during the Veni Sancte Spiritus, traversing the tricky alteration of consonance and dissonance found throughout all of Pärt’s scores. The closing Agnus Dei was icy in its initial lines—high sopranos invoking their chant over violin harmonics—with the tenors and basses adding heft before both groups fell silent after the final syllable. PORTLAND, OR -- With one of the country's most robust live music scenes, one could forgive Portland for slacking a bit when it comes to the orchestral arts. In fact, Portland is home to the West Coast's oldest orchestra: the Oregon Symphony, founded in 1896 as the Portland Symphony Society. (They officially changed their name in 1967 to reflect the increasing number of concerts they gave around the state.)

The Oregon Symphony first gained wide exposure under music director James DePriest, who led the symphony for more than two decades and elevated their playing to a professional level. DePriest was succeeded in 2003 by the Uruguayan-born Austrian conductor Carlos Kalmar, who has succeeded in putting his own electrifying stamp on the orchestra. In 2011, he and the symphony made a huge splash when they stormed Carnegie's inaugural Spring for Music festival with a program entitled "Music in a Time of War," which Alex Ross and others called the "the most gripping event of the season." 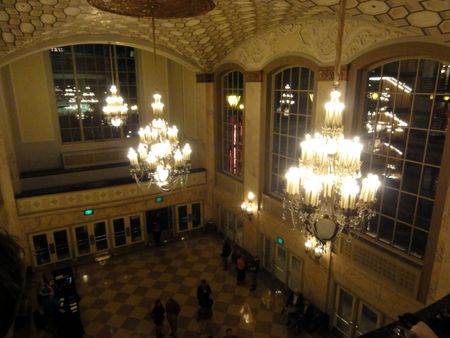 I had the chance to hear the Oregon Symphony earlier this month at their home in the Arlene Schnitzer Concert Hall, a former movie palace in downtown Portland with a huge Hollywood-style marquis out front. Portland is not unique in this regard—the symphony orchestras of Indianapolis, St. Louis, and Pittsburgh, among others, all play in one-time movie palaces—but while their ornate interiors may be easy on the eye and the cost of converting them into performance spaces far lower than starting from scratch, no amount of acoustic patchwork can make these enormous theaters reverberate like traditional concert halls.

Still, it was hard not to be impressed seeing the 2,700-seat hall filled to near-capacity on a Monday night for a program of Schubert and Mahler. In pre-concert remarks, Kalmar explained the somewhat unusual pairing: "Schubert was the Austrian master of the short form, just as Mahler was the undisputed master of the long form." 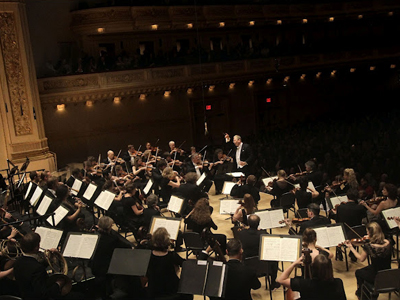 Very few musicologists have been able to promote their scholarship in such a way that alters the perspective of modern musical performance quite like Sir John Eliot Gardiner, whose work with the Orchestre Révolutionnaire et Romantique over the past 20-odd years has seemingly changed the perception of Beethoven’s orchestral works forever. Not only has Gardiner fine-tuned his ensemble to become a machine of period-instrument virtuosity, his superhumanly acute ear continues to provide crystalline clarity to Beethoven’s complex polyphony in ways that make his performances akin to hearing these works for the first time.

Returning to Carnegie Hall for the first of two concerts, Gardiner led his orchestra, along with the Monteverdi Choir, in alternately chilling and spiritual performances of the Ninth Symphony, as well as the seldom-heard mini-cantata, Calm Sea and Prosperous Voyage. For listeners and musicians alike—groomed on Karajan’s and Bernstein’s heavy, legato rendetions of the Beethoven symphonic cycle—it admittedly takes some time to get used to the period style: the lowered pitch, the gut strings, the lack of a precise modern attack from the winds and brass.

To dip the listener’s proverbial toe into the pool, the nine-minute choral work served as a light and reverent preamble to the feast to come, beginning with a blanket of string sound that seemed to rise imperceptibly from the hall itself before the chorus’s first statement of the evening, “Deepest calm lies on the water.”

John Cage's "How to Get Started" at Symphony Space

Of the many strange works John Cage composed during his long and varied career, “How to Get Started” is not the most experimental, but perhaps one of the most fun to watch another human endure—a largely unrehearsed, impromptu spectacle.  In fact, during the talkback after the performance, playwright and actor Wallace Shawn even described it as a “sadistic party game.”

The gist of the piece is that the performer chooses ten topics to extemporize upon in a random order. After each topic has been exhausted (this takes about three minutes), the recording of that topic is played back over the discussion of the next, building into a chaotic texture of recorded voices.

The speakers for this performance were composer Allen Shawn and his brother, Wallace. Allen began with poignant monologue about his mother's voice before discussing a wide range of topics: horses, being cast as a ten-year-old boy in Shakespeare's The Tempest, and his piano teacher's cat. Choosing to mix in musical selections (something Cage did not do in the original), he played selections from Schoenberg's Six Piano Pieces, the opening of Webern's Variations for Piano, and a snippet of Elliott Carter. Each of the selections was relevant to the anecdotes that he told, and they created a unique layer in the texture.

Continue reading "John Cage's "How to Get Started" at Symphony Space" »