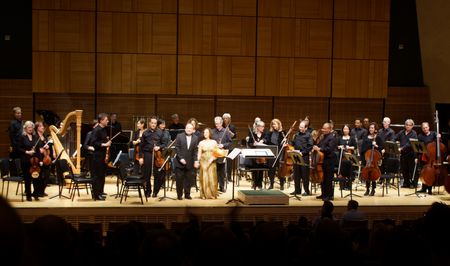 The Budapest Festival Orchestra—30 years old this year and still led by its ebullient co-founder, Ivan Fischer—is Hungary's leading cultural export and one of the most celebrated orchestras in the world. They got that way not through strict adherence to established performance practice, but by taking a fresh approach to hidebound classics while championing other works long since forgotten. Not to mention, they like to have fun as well.

Case in point: At Avery Fisher Hall last Sunday, the BFO had already launched into Shostakovich's Jazz Suite No. 2 (1950) when Fischer bounded onstage, conducting as he made his way to the podium. (When was the last time you saw that at a "classical" concert?) After the crowd calmed down, we were treated to a mixture of Straussian marches, polkas, and waltzes—a far cry from the Shostakovich of bombastic symphonies and somber string quartets. Perfect way to start a Sunday afternoon. 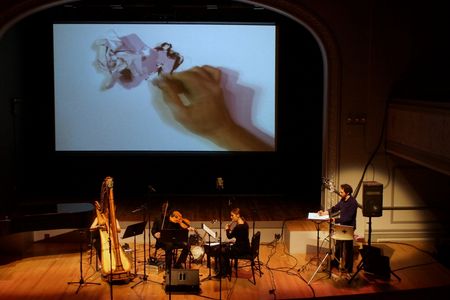 Curating concerts is all about framing pieces and performers in a way that gives the whole evening a sense of continuity. In the new-music world, this can often prove easier said than done, but Ear Heart Music’s Tuesday night concert at Roulette decided to spin a curatorial narrative around music’s connection to visual art, and to great effect.

This was immediately felt during the short yet rewarding opening set by Trio Kavak. The trio, featuring Ear Heart's director Amelia Lukas on flute, Nathan Schram on viola, and Kathryn Andrews on harp, was joined onstage by Kevork Mourad, a visual artist who contributed idiosyncratic, spontaneous paintings. While the trio performed each piece, Mourad would paint abstractly and then digitally manipulate the work, always in a way that was integral to the piece of music.