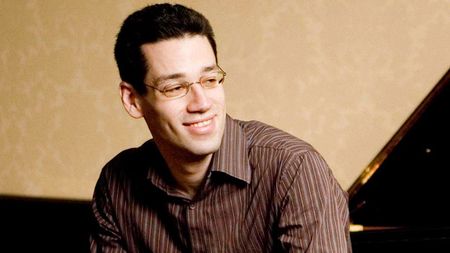 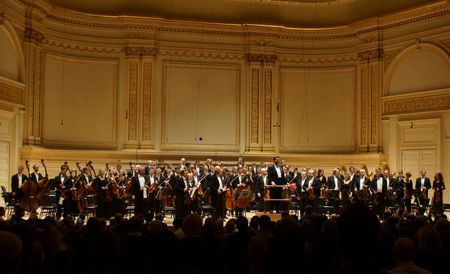 "I can’t imagine any list of the world’s great orchestras without the Dresden Staatskapelle at or near the top." — Nikolai Zander

And then there is the Dresden Staatskapelle, founded in 1548 as the court orchestra for the Elector of Saxony. Beyond its distinctive, dark-wooden sound, the Staatskapelle is famous for its association with composers such as Richard Wagner and Richard Strauss, both of whom led the orchestra and premiered many of their operas with them. (Wagner used to refer to the Staatskapelle as his "golden harp.") The orchestra is also famous for being a favorite of conductors such as Wilhelm Furtwangler, Sir Colin Davis, and Herbert von Karajan, all of whom who helped maintain and shape the orchestra's brilliant sound.

Last summer, the Dresden baton was passed to Christian Thielemann: a Berlin native who, despite being rarely seen on these shores, has long been the poster boy for Teutonic music. In addition to heavy speculation that he'll succeed Simon Rattle in Berlin when he retires in 2018, Thielemann, 53, has been the musical advisor to the Bayreuth Festival since 2010, where he'll lead a special concert on the 200th anniversary of Wagner's birth next month. (I'll be there.) 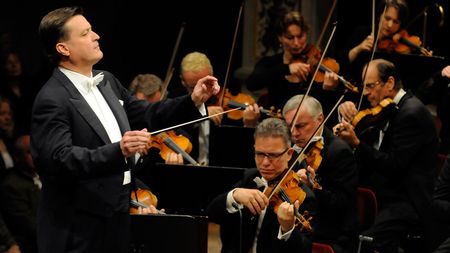 After a rash of heavy, Mahlerian programming from many of the touring orchestras passing through Carnegie Hall this winter, it was incredibly inviting to see conductor Christian Thielemann bring the Staatskapelle Dresden to the American stage for an intimate evening of Brahms. Although the program’s three works only span seven years during the composer’s late period, the tone of each work showcased the rich diversity of Brahms’ character, encompassing the drunken revelry of the Academic Festival Overture, the never-ending lyrical flow of the Violin Concerto, and the staunch formalism of the Fourth Symphony.

After winning over the Mostly Mozart Festival audience last summer with a pristine performance of Beethoven’s seminal Violin Concerto, Lisa Batiashvili returned to New York with a completely different temperament in hand for the Brahms. Although there were a number of similarly elegant moments across the two works for the soloist to display a delicate and mature sense of phrasing and color variation, there was a heightened sense of drama and aggression delivered in the Brahms, from double-stopped minor-key marches to the finale’s fiery gypsy dance and bold choice of the timpani-heavy Ferruccio Busoni cadenza.

Even from the violin’s first entrance after the orchestral exposition, Batiashvili was ready to take charge, and the initial phrase’s wide-ranging melodic span and impeccable intonation stopped the orchestra in its tracks. Communicating closely with Thielemann throughout the work, Batiashvili exhibited a great amount of freedom within her lines—creating many improvisatory gestures that never veered outside of the orchestra’s solid metric framework. Every contour was organically phrased, especially in the central Adagio, where the soloist and oboist Céline Moinet traded captivating performances of the tender and iconic principal melody.