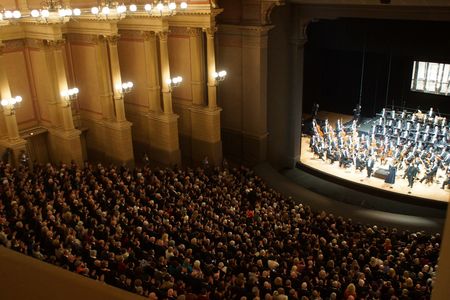 The stars and luminaries turned out last night in Bayreuth to hear Christian Thielemann (again) lead the Bayreuth Festival Orchestra in an amazing sampler of Wagner's mature work, including all of Act I of Die Walkure, the Overture and Liebestod from Tristan und Isolde, Siegfried's Rhine and Funeral Music from Gotterdammerung, and the Overture from Die Meistersinger. And, yes, I was there. More to come. The first of two extraordinary concert events took place Tuesday night in Dresden's Semperoper, with Wagner specialist Christian Thielemann leading the Dresden Staatskapelle on the eve of Wagner's birthday. In addition to various overtures and interludes, the concert featured tenor Jonas Kaufmann singing selections from Tannhauser, Lohengrin, Rienzi, and other operas written during Wagner's time as the local Kapellmeister (1842-49). 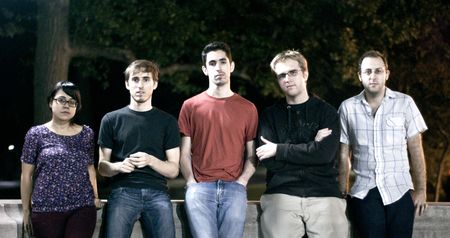 Above: Cadillac Moon Ensemble; below: Circles and Lines

Friday evening at the Tenri Cultural Institute, Cadillac Moon Ensemble presented a program of music exclusively written by members the composer collective Circles and Lines. A unique quartet comprising flute, violin, cello, and percussion, Cadillac Moon Ensemble has commissioned over 50 new works for their instrumentation, including four of the five pieces on the evening’s program.

On the first half of the program, violinist Patti Kilroy and cellist Meaghan Burke demonstrated their duo skills in Noam Faingold’s Knife in the Water (named for Roman Polanski’s first feature film). A series of disconnected sonic outbursts and melodies ranging from sparse pizzicato sections to chaotic rhythmic chases created a chilling effect throughout; that is, until its comical ending, complete with an audience fake-out, where the performers were instructed to wait for applause before proceeding to the forceful and abrupt ending.