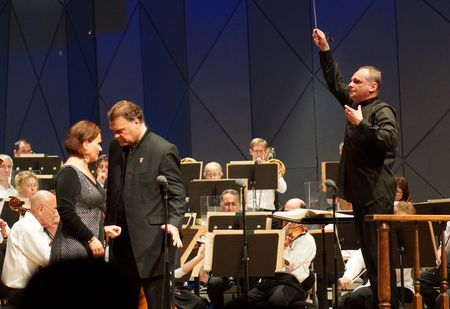 LENOX, MA — When James Levine became music director of the Boston Symphony Orchestra in 2005, his impact on the orchestra was felt almost immediately with the introduction of operatic repertoire, bringing with him some of the best singers from the Met Opera. Those performances reached their apex at Tanglewood, the BSO's summer home in the Berkshires, where in his debut season Levine performed Act I of Wagner's Die Walküre and Act III of Götterdämmerung on a single program. Levine followed that up in 2009 with a performance of Act III of Wagner's Die Meistersinger that reunited most of the cast from the Met's run earlier that season. In both cases, the 4,500-capacity Shed was filled; for Die Meistersinger, projection screens were installed so that the massive spillover crowd on the lawn could watch.

Remarkably, the orchestra for both of those concerts were the fellows from the Tanglewood Music Center Orchestra, most of whom had never played any opera before, much less Wagner. (See here for a video of Levine leading a Meistersinger rehearsal with them in 2009.) So, imagine my excitement when I learned that the BSO would be performing Act III of Die Walküre this season at Tanglewood, with Met soloists Bryn Terfel, Katarina Dalayman, and Amber Wagner.

Imagine my surprise, then, when I arrived at the Shed last night to find it less than half full. Granted, conductor Lothar Koenigs, music director of the Welsh National Opera, doesn't have anything close to Levine's name recognition. And, the weather forecast had been pretty grim, even though it ended up being a beautiful night. But with the recent dearth of events in the U.S. celebrating the 200th anniversary of Wagner's birth, there seems to be a much larger Wagner problem at work. 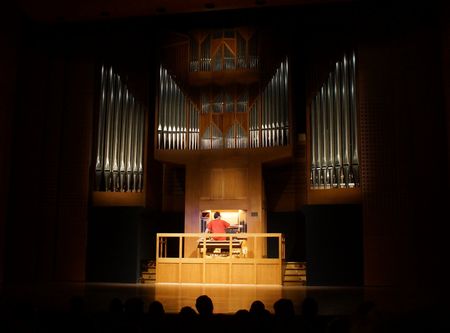 "I've always thought of myself as a composer, but the world has had a hard time looking at me as a composer because a lot of what I compose is controversial."

How do you define someone like John Zorn? Composer, performer, editor, and impresario, Zorn is someone who is almost uniquely difficult to pin down. He simultaneuously embodies all aspects of music—jazz, classical, hard core, world music—and none of them. Zorn insists that all of these different threads are somehow connected beneath the surface, but it's taken a long time for anyone other than Zorn himself to hear them.

Until now, Zorn—for many, the quintessential downtown NYC composer—has been spending more and more of his time uptown of late, as in 2011's Masada Marathon at the NY State Theather and his contribution to City Opera's Monodramas. But Zorn is getting the full treatment this week, as the Lincoln Center Festival presents two programs at Alice Tully Hall celebrating his upcoming 60th birthday. 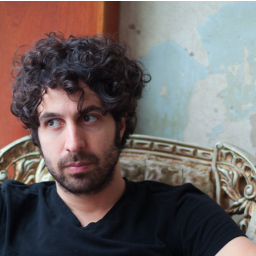 Patrick Krief, the longtime guitarist of Montreal-based rock group The Dears, is currently on tour promoting his recent solo album, Hundred Thousand Pieces. Critics are raving about the album and it’s no wonder why: Krief’s venture is the utmost showing of his musical skills—composing, producing, mixing, and even laying nearly all of the tracks himself.

As a vocalist, Krief’s grasp of pitch and tonal projection were surprisingly weak; he was consistently flat and his lack of vocal presence made his gripping lyrics seem dull. The backing group as a whole, though, was cohesive and dynamic, while musically, Krief’s compositions conveyed real ingenuity.

FoM is a Featured Blog 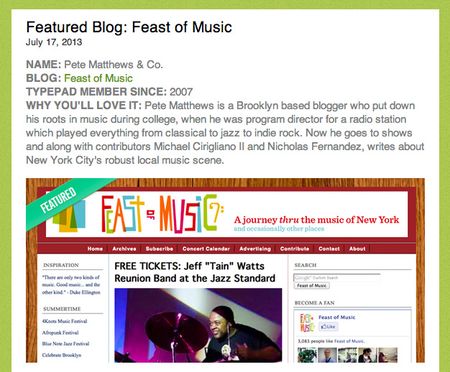