Bobby McFerrin and Spirityouall at Summerstage 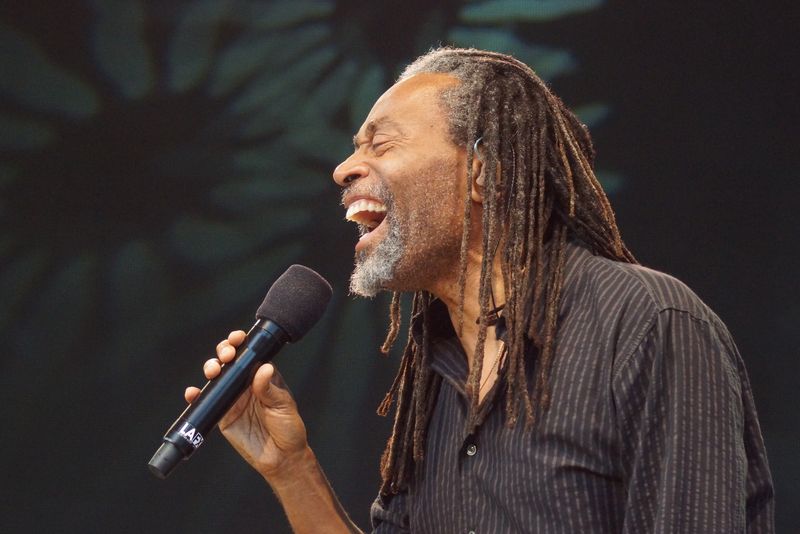 The all-encompassing vocal master Bobby McFerrin onstage last night at Summerstage, where he played an encyclopedic three-hour set that came off like a revival, including everything from jazz, rock, and spirituals, to an a capella version of the William Tell Overture. (You had to be there.)

Bobby, still youthful at 63, brought his full spirityouall band in support—including keyboards, drums, guitar, mandolin, and his daughter, Madison, on backing vocals. McFerrin's joy was utterly contagious, such as when he descended into the crowd and passed around his mic so the audience could sing "He's Got the Whole World In His Hands." No wonder groups like the Vienna and Czech philharmonics love having this guy sit in with them.

More pics at the photo page. 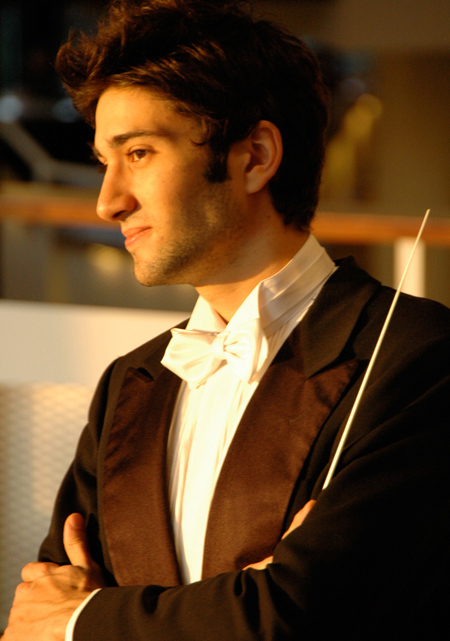 As part of its new incarnation as a purveyor of new works and innovative programming, the Mostly Mozart Festival has given wide exposure to a plethora of young conductors. Over the past couple of years this has included international stars Lionel Bringuier and Pablo Heras-Casado, and last night at Lincoln Center’s Avery Fisher Hall, the Mostly Mozart Festival Orchestra had another young conductor at the helm, David Afkham, conducting a program of music by Johannes Brahms.

Brahms’ Concerto for Violin and Cello was overall given a soulful, stirring, and searching reading . While both violinist Vadim Repin and cellist Truls Mørk brought a fittingly Romantic take to Brahms’ final orchestral work, they also felt a touch reserved. The first movement opens with an arresting dialogue between the two soloists, and the duo truly moved as one super-soloist, so close was their synchronicity and tone. However, there was a tendency for this to render some median of emotion—in addition to being first-time collaborators, they had the sheet music in front of them, which, while not inherently a problem, can diffuse some of the spontaneity of a performance.

News just in that Cedar Walton, one of jazz's most elegant and assured—not to mention hard-driving—pianists passed away this morning at the age of 79. A former member of Art Blakey's Jazz Messengers and John Coltrane's quartet, Walton led his own trios and quartets for more than 40 years, penning such classics as "Bolivia," "Ojos de Rijo," and "Mosaic."

I first heard Cedar at the Charlie Parker Jazz Festival in 2009, and then again at last year's Montreal Jazz Festival. Both times, I was completely blown away by the man's cool virtuosity, never once seeing him break a sweat. He will be sorely missed.

WBGO will be playing Cedar's music and hosting remembrances throughout the day. Stay tuned for details on upcoming tribute events. 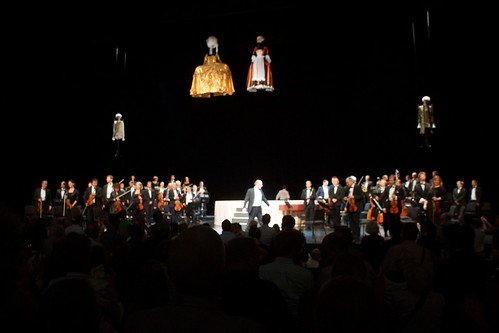 The fear one has when attending a performance of a well-loved opera is that there will be some well-intentioned, high-minded director who completely flubs his or her “reinvention.” Iván Fischer and the Budapest Festival Orchestra’s “staged-concert” version of Mozart’s Marriage of Figaro Thursday night at the Rose Theater was not one of these performances. There had been a lot of buzz leading up to this Mostly Mozart production, but all expectations were exceeded in this fresh, capricious staging of one of the iconic operas of all time.

The relaxed nature of the performance was apparent from the very beginning as conductor Iván Fischer—who also served as director—made an innocuous entrance and, after shushing the audience, began without a word. The singing was excellent and the playing crisp, but what really set this production of Figaro apart was its effortless sense of humor. Clothing and mannequins glided above the set seamlessly, occasionally dropping down to be worn or even groped, as when Cherubino sings of his love for women.

Fischer—who led the entire three-hour-plus opera from memory—conducted from a seat next to the violins. He never dominated the situation, resulting in deeply moving performances from the performers, all of whom seemed to be thoroughly enjoying themselves.