Hobson versus Brahms at DiMenna Center 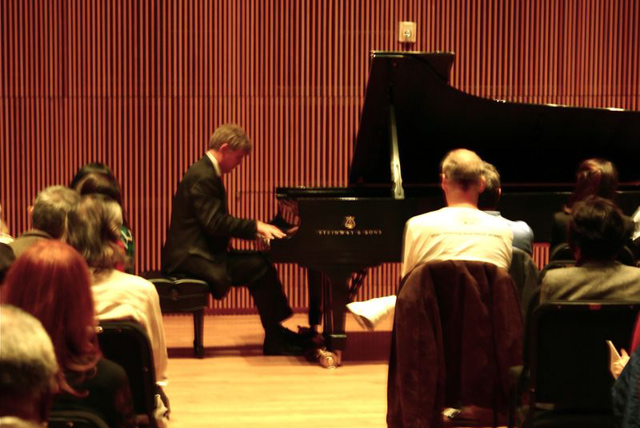 Pianist Ian Hobson continued his two-month examination of Brahms at the DiMenna Center on Thursday night before an audience of avid connoisseurs, with the pianist showing a fine sense of musical structure—both sequential (in developing relationships between consecutive sections) and simultaneous (in his weighting of concurrent lines) throughout. When Hobson exhibited an equal care for the piano's sensual qualities, the results were magical, although this sense of finesse was not always present.

The Variations on a Theme of Robert Schumann, Op. 9, opened the program—a work that dramatically recasts Schumann's melody in a wide array of textures, rather than simply using the older technique of rhythmic development. Hobson expertly unpeeled the variations' layers, with extremely moving results, particularly in the fluttering central ninth and tenth variations. His elegant treatment of the Finale, with its sudden turn to just a few scraps of harmony, powerfully brought forward Op. 9's sense of submerged melancholy—the composer's response to his early mentor Schumann's contemporaneous commitment to an asylum. 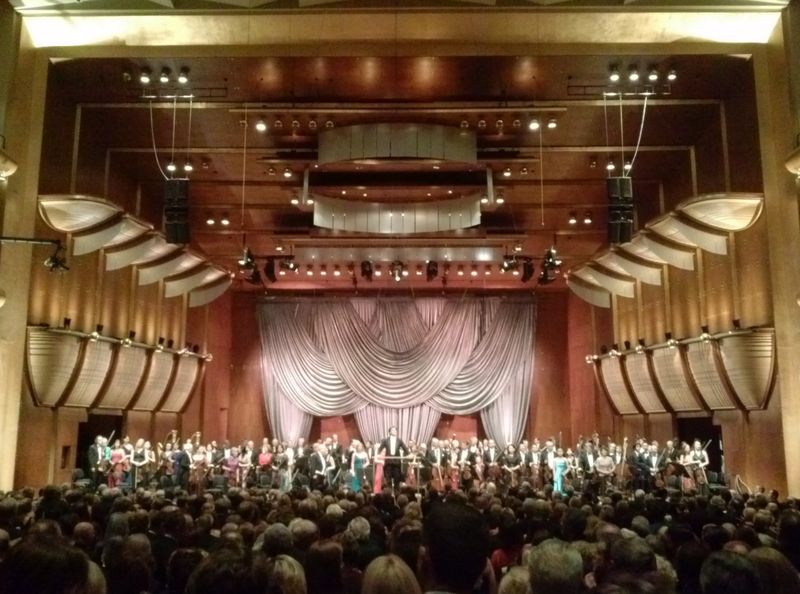 Among all the performing arts, none are better able to impart a sense of occasion than symphony orchestras. Each New Year's Day, the entire world marks the new year by watching the Vienna Philharmonic play The Blue Danube and other waltzes. When the Berlin Wall came down in 1989, Leonard Bernstein recruited orchestra players from both sides of the Iron Curtain for an epic performance of Beethoven's Ninth. And when North Korea wanted to demonstrate their diplomatic and cultural bona fides to the west, they invited the New York Philharmonic to perform in Pyongyang.

So it was with great anticipation that I took my seat in Avery Fisher Hall last night for the opening night concert of the NY Phil's 172nd season. The stage was covered in velvet drapes, lit up in varying shades of violet. The crowd was mostly dressed in black tie while Alan Gilbert and the orchestra wore white tie and tails. Television cameras throughout the hall recorded the concert for Live from Lincoln Center (which, sadly, wasn't broadcast live, but strangely taped to air on New Year's Eve). Even the Empire State Building was lit up in the Phil's colors.

To level set: this wasn't the concert to go to if you were looking to have your buttons pushed, or be challenged in new and exciting ways. Bookended by a pair Ravel's Spanish-flavored warhorses for orchestra (Alborado del graciosos and Bolero), the program was meant to be crowd pleasing, and largely succeeded. They continued the Spanish theme with three tangos from Astor Piazzola's La serie del Angel, played here by superstar cellist Yo-Yo Ma, in new arrangements by Octavio Brunetti. 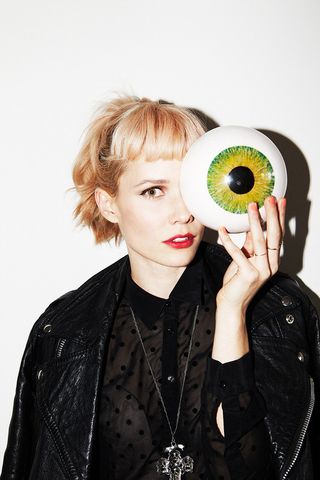 In her performance Tuesday night at the Gramercy Theatre, Danish electro-pop songstress Nanna Øland Fabricius—better known as Oh Land—was everything we love about indie pop stars: playful, amatory, powerful, down to earth. Celebrating the release of her much-awaited third album, Wish Bone, Oh Land announced she was happy to be sharing the occasion with her adopted home of NYC, who seemed equally pleased to be sharing it with her.

Oh Land's show was influenced by rap, synth-driven pop, lounge singing, and a variety of other styles, all joined by her distinctive vocals and a wild, enthusiastic stage presence that would have made even the most begrudging critic break a smile. A lot of credit also goes to Oh Land's talented band, creating a heavy atmospheric foundation that allowed her voice to float above.

Showcasing her penchant for melancholy were songs like "Wolf and I" and "Next Summer." "Renaissance," the first single off Wish Bone, is an ode to female empowerment that draws its potency from bright electronic beats and elastic vocals: "Doing the laundry and planning for the future/Is the nature of a Renaissance girl." Her penetrating and flexible voice soared above the dark synths and pounding bass drum laden with emotional punch.

Glass Brings Waves of Subtle Change to the Guggenheim 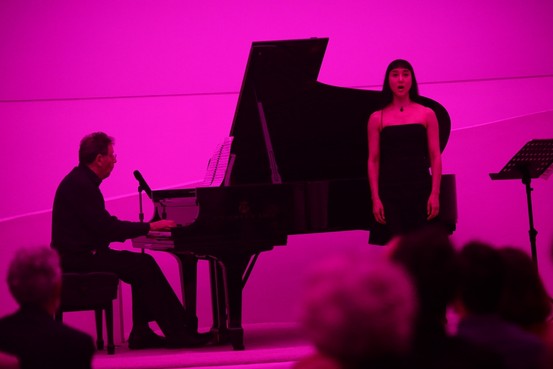 At the Guggenheim Museum last Thursday, legendary composer Philip Glass and artist James Turrell attempted to blur the line between sense and cognition. Using his signature style of repetitive structures, Glass gracefully delivered a canon of six solo-piano arrangements and one aria for piano and voice over the course of the exclusive one-hour event. Held during a complete cycle of Turrell's installation of shifting colored lights, Aten Reign, Glass played without pause, displaying a patient mastery of technique and form; the composer obscured transitions by layering new motives in between recurring ones, varying intervals via a common tone, and seamlessly transitioning his playing style.

As the sounds of Glass filled the shifting lights of Turrell's work, the audience became lost in an alien world where changes were incredibly subtle—revolutionary even. The mind spun somewhere along the contour of the ascending dome, undergoing gradual metamorphosis, blooming into one color, then the next. One was completely unsure of when change occurred or how fast it progressed, or whether a recently reintroduced layer of music hadn't been there all along, or if the refractions of light outlining the back of heads in some drastically contrasting color were real or imagined.