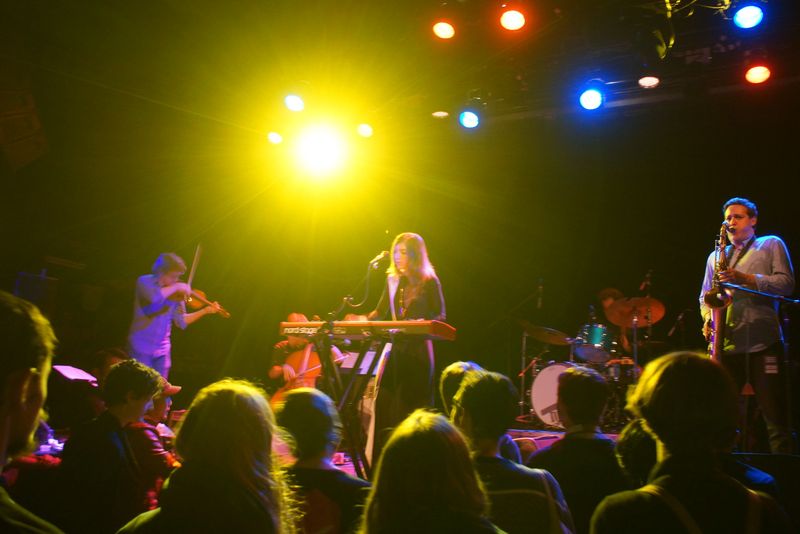 Performing selections from her latest release, Loud City Song, Holter spent most of the night in a moody hush ("World," "Hello Stranger") which made the occasional free-jazz explosions ("Maxims II") all the more shocking. It was the sort of subcutaneous performance that lodges itself in your memory, leaving you struggling to make sense of it for hours—if not weeks. Note: This Contest Has Ended.

Is it jazz? Funk? Electro-pop? Hip-hop? Find out the answer at SubCulture this Friday, September 27, at 10:00 p.m., as the outrageously eclectic Kneebody celebrate the release of their latest album, The Line. These explosive cross-genre wonders are sure to put on a show you won't want to miss, and lucky for you, FoM is giving away a pair of free tickets to the show! 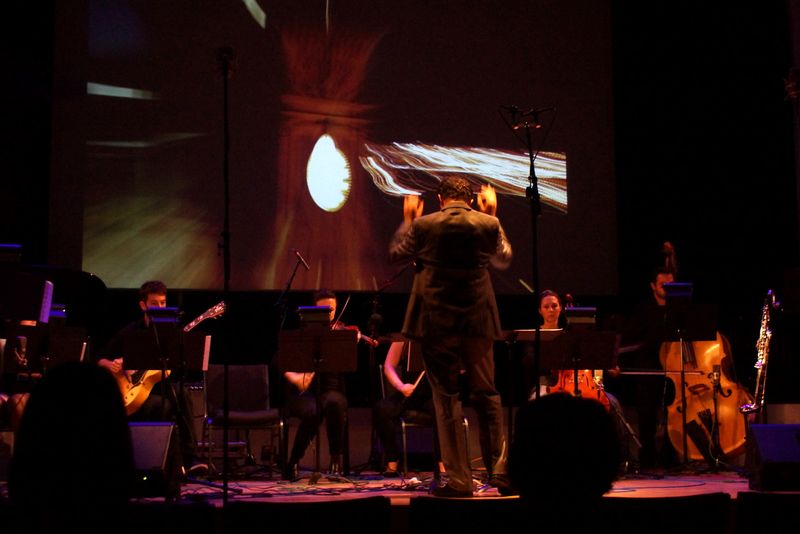 The Ear Heart Music series opened its fourth season last night at Roulette with a performance by Hotel Elefant, who in only their second season have established themselves as a player in the increasingly competitive NYC new-music scene. In her remarks before the program, Director Amelia Lukas spoke about the kismet of the program's theme, "Light and Dark," falling on the autumnal equinox, with its equal hours of daylight and darkness. "Ideas are born in the dark," she reminded us.

The program included engaging new works by ensemble Co-Director Leaha Maria Villarreal ("Dark Matter") and pianist Kirsten Vollness ("Precious Nothing"). But, the program was largely given to the music of Richard Carrick, who can most often be seen conducting his own ensemble, Either/Or. La scène miniature was written for the unusual combination of cello and piccolo, while the string trio à cause du soleil had Bartòk-like grit and snap.

Carrick conducted the full ensemble in the premiere of Prisoner's Cinema, named for the phenomenon experienced by inmates held in solitary confinement who hallucinate images after staring at the same blank walls for days on end. Carrick's music was stark and bracing, with shrieking strings over a steady low drone. The music was accompanied by Carrick's own long-exposure photographs shot in Quèbec this past summer, with clocktowers and streetlamps turned into Tesla coils.

The next Ear Heart Music show will be on October 16, featuring the American Modern Ensemble with the Mazzini Dance Collective. Hotel Elefant's next stop is no less than Carnegie Hall, where they'll be performing November 20 on David Lang's "New Voices, New Music" series. More info here.

Fun video of Carnegie's Ensemble ACJW starting to make the rounds on social media. What's fun is how surprised some of the amateur conductors were that the ensemble actually followed their direction; others seemed to take themselves far more seriously. Chill out, lady: you're no Furtwängler.