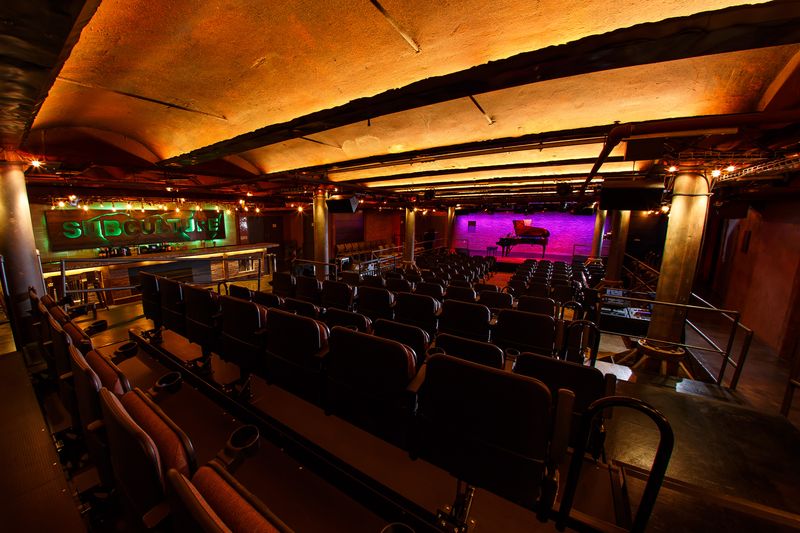 For a group assembled especially for this event, the blend and energy of the night was really something special. Although each musician possesses enormous talent, the singers stood out most prominently. In particular, Jo Lawry's effortlessly sweet soprano rang over top of a sultry "Sleigh Ride" before the band merged into a jazzy "Jingle Bells." Between her vocal tone, Meg Ryan cuteness, and Australian accent, Lawry is blessed with the ability to leave everyone in the room smiling.

Laila Biali, on the other hand, best demonstrated her powerful, yet breathy, soul-pop style in a cover of the Ingrid Michaelson/Sara Bareilles hit, "Winter Song." And, of course, Peter Eldridge's lounge-style singing and jazzy-pop piano filled the room with cheer and stole the show. In addition to performing some of his own songs with the band, he led an inspired performance of "Winter Wonderland."

SubCulture fabulously created a fun atmosphere and formed a kick-ass band that made for a perfect pre-holiday night out. Really, the only thing more I could have hoped for was some hot chocolate and candy canes to go along with it.

FoM is giving away a pair of free tickets to Dana Fuchs' exclusive acoustic show at SubCulture this Friday at 8:00 p.m.! The performance will feature songs from Ms. Fuchs' recent album, Bliss Avenue. 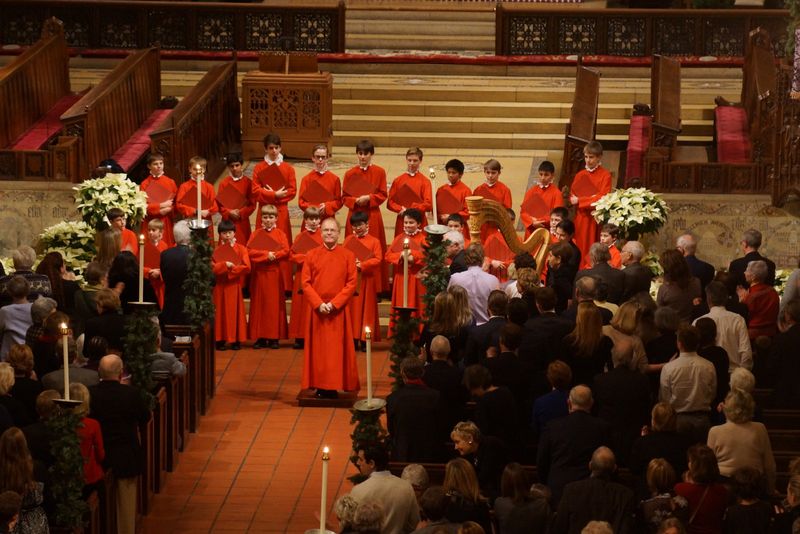 Among all the musical traditions New York has to offer at this time of year, none is greater than the annual holiday concert by the boys of St. Thomas Choir at St. Thomas Church. As he has each year for the past nine years, John Scott led his peerless group in Britten's Ceremony of Carols and John Rutter's Dancing Day, both based on medieval English carols. With Anna Reinersman accompanying on harp, the boys' voices soared in the high stone nave, clear all the way back to where I sat up in the organ loft. With all the bright lights and clamor immediately outside on Fifth Avenue, this precious hour of quiet, angelic music never felt more necessary.

When you meet Caroline Shaw, your initial reaction is: She seems fairly ordinary. She keeps her hair short, dresses for comfort more than style, and speaks in a hushed, hurried voice. She talks about squeezing in gigs and rehearsal time, or being late on a deadline just like the scores of other freelance musicians trying to make ends meet in NYC, many of whom are her friends and frequent collaborators.

And yet, you also quickly get the sense that there's something different about her: a clear sense of purpose; an intense focus; a quiet confidence, which she seems to have had long before she won the Pulitzer earlier this year for Partita for 8 Voices.

Caroline and I met for coffee near her Hell's Kitchen apartment last week, where we spoke for an hour about everything from freelancing to Tuvan throat singing and Beyoncé. During our conversation, Caroline made mention of the fact that she's been a FoM reader since moving to NYC in 2008.

I've only recently become a fan of Caroline's, but I'm catching up quickly. More highlights from our chat below.