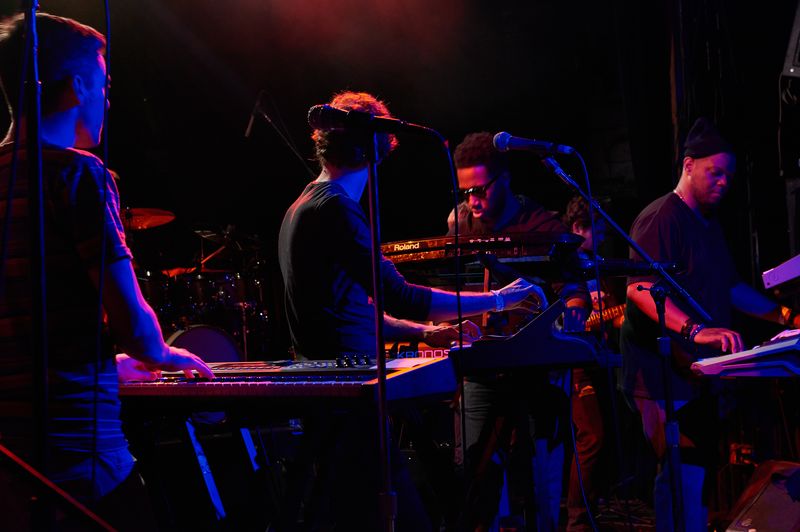 This past Saturday Grammy Award–winning jazz/fusion group Snarky Puppy made a stop at Irving Plaza to play to an enthusiastic sold-out crowd. As the final stop on the band's U.S. tour, they played a number of tracks off their most recent album, We Like It Here, and not only did they fill the stage (there's at least ten of them in the band!) but they also drew nothing but smiles from the crowd throughout the two-hour-plus show.

Currently about to emback on a world tour with stops in South Africa and all over Europe, the group will be touring and performing for audiences all over the world for at least the next six months.

More photos after the jump; complete set on the photo page. 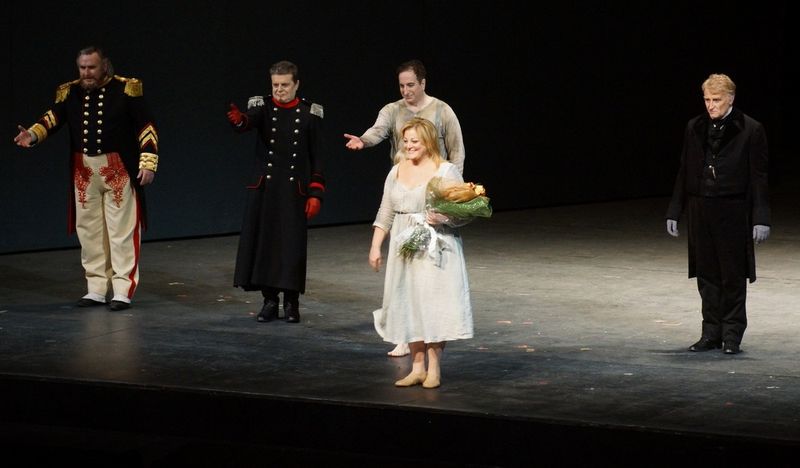 After a delayed start to his run in Wozzeck at the Metropolitan Opera, Thomas Hampson returned from illness to take over the titular character last week. Hampson's tormented presentation of the oppressed and hapless soldier was missed due to a bout with bronchitis for the first couple of performances of the run, but his return to Alban Berg's 1925 masterpiece was a triumphant one.

Hampson's voice had a sincere humanity to it—an almost boyish naiveté—as his character struggled in vain to support his family, despite the merciless taunting of his superiors and his own ever-loosening clutch on reality. Wozzeck is a terrifying 90-minute depiction of a poor soldier being driven to madness by warped authority figures, and the remnants of Hampson's illness almost contributed to his character's humbled stature. 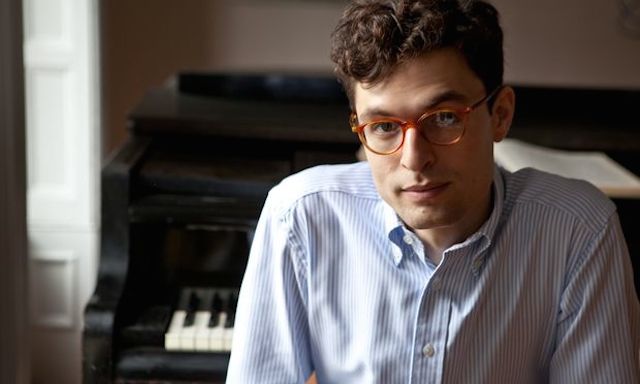 Storytelling among friends: that was the impression given during Wednesday night's Ecstatic Music Festival performance, where the Merkin Concert Hall stage was a gathering of old friends and collaborators who wanted to play some new music that they had written. Timo Andres—whose new song cycle, Work Songs, was the impetus for the gathering—Gabriel Kahane, Ted Hearne, Becca Steven, and Nathan Koci each brought their unique charms to create a musical quilt in celebration of their circle of friendship.

The reserved approach to the evening could have done with another uptempo number or two, but the relaxing atmosphere added to the storytelling effect apparent in most of the pieces. Each whisper or shout had a supporting role to the stories being told, and was wrapped up in the warm, if often subdued, sounds behind them.

Gabriel Kahane kicked off the evening with three songs from forthcoming album, The Ambassador, as well as a fan favorite in "Where Are the Arms." Kahane took inspiration from various iconic buildings—still standing or not—and famous addresses for this album, seeking to commemorate their stories and legacies through song. The album's titular song, a ballad dedicated to the hotel in Los Angeles where Bobby Kennedy was assassinated, packed a particularly potent emotional punch, with the chorus refrain evoking the harrowing day, "the Ambassador is bleeding out, they're going to let her die." 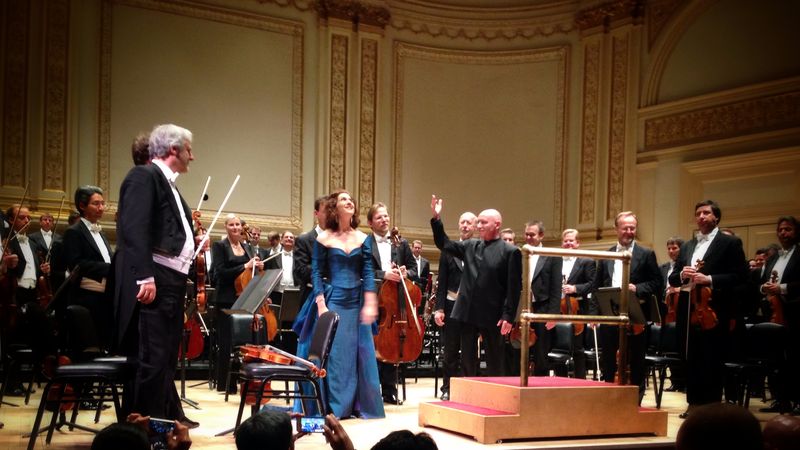 This past Saturday at Carnegie Hall, National Symphony maestro Christoph Eschenbach led the Vienna Philharmonic through the penultimate event of this year's Vienna: City of Dreams festival. Eschenbach, a prolific artist in his own right and a noted conductor with a roomful of accolades, chose two popular Viennese staples for the event: Franz Schubert's Symphony No. 8, "Unfinished," and Gustav Mahler's Symphony No. 4.

Utterly pianissimo, the Philharmonic's strings began the anxiously foreboding opening of the Schubert symphony. As one who had never heard the prestigious Vienna Philharmonic, it became immediately obvious why this orchestra in particular is hailed for having the quintessential European sound; the unity and blend among the members of the orchestra—especially during woodwind solos—was absolutely incomparable. The first movement flew by with a lilting energy, but by the second movement, Eschenbach's interpretation became repetitive and predictable, with lots of stop-and-go phrasing, and an unclear natural arc from beginning to end.