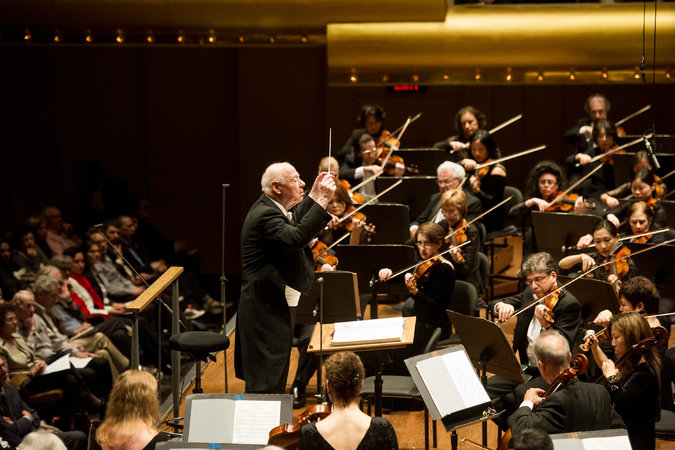 There was both a sense of gravitas and relief when the venerable Bernard Haitink arrived on the Avery Fisher Hall stage Friday night. Slow and halt the last time I saw the Dutch conductor on the podium, Haitink's pace was now quick and vigorous, his posture erect. He used a chair at the podium only between movements.

Put a justly esteemed Mahler conductor in front of a great Mahler orchestra and magic can occur—which is exactly what happened Friday night when Haitink conducted the New York Philharmonic in Mahler's enormous Third Symphony, which clocked in at an expansive 98 minutes.

This is a symphony that begins with a double parody and ends with one of the great love hymns in all of music. The opening brass oration imitates the big tune in the last movement of Brahms's First Symphony, itself an imitation of Beethoven's iconic Ode to Joy from the Ninth Symphony. An homage to both composers, this is Mahler's self-aware statement of his aspirations to transform the symphonic form. 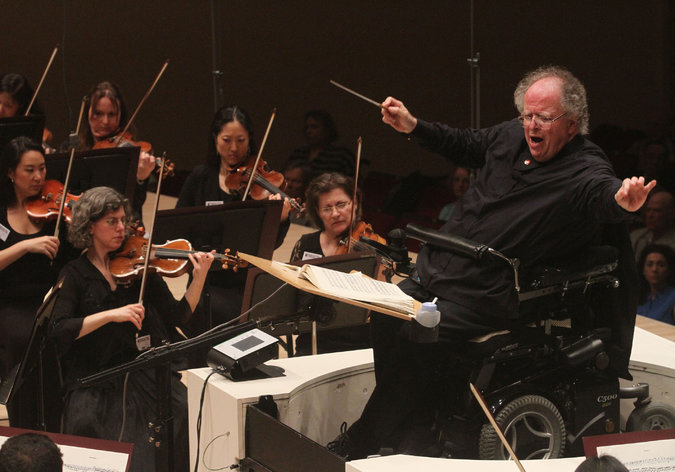 Carnegie Hall has been a hotbed of musical excitement over the past few weeks, first with David Lang's collected stories concerts at Zankel, followed by the, sadly final, Spring for Music festival. Compared to this type of adventurous programming, an all-Dvořák concert on Sunday seemed pretty vanilla by comparison. Vanilla turned technicolor, however, upon the first note of the Carnival Overture, due to both the melodic genius of the composer and the greatness of the MET Orchestra, strongly led by a vigorous James Levine.

Is there a composer anywhere—aside from Mozart and Schubert—whose gift for melody equals Dvořák? The biggest, and possibly least familiar, piece on the program was the Seventh Symphony, with its great tunes melded into a firm symphonic skeletal structure. Levine and his players extracted all they could get out of the wonderful symphony; motives were clearly delineated throughout, and the classical rigor of the performance paid wonderful homage to Brahms, the Czech composer's friend and mentor (both the Dvořák symphony and Brahms's Fourth Symphony received their premiere performances in 1885).

Levine had taken the first movement at a somewhat relaxed pace, which worked perfectly well, but this leisurely approach did not continue in the other movements. Great conductor; great choice. The third movement, with its waltz-like beginning, was especially beguiling, and the final movement marched on to a thrilling climax. 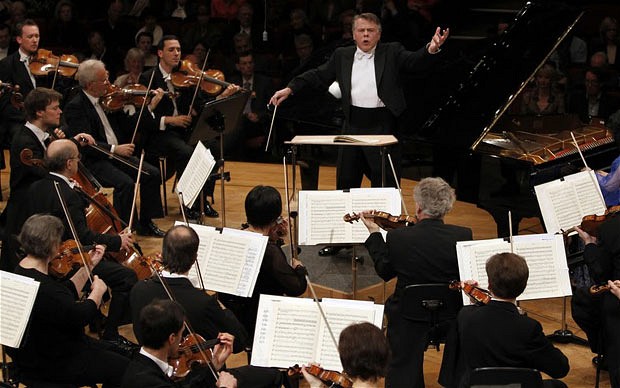 FoM is giving away five pairs of free tickets to the Bavarian Radio Symphony Orchestra this Sunday, May 18, at 2:00 p.m.! 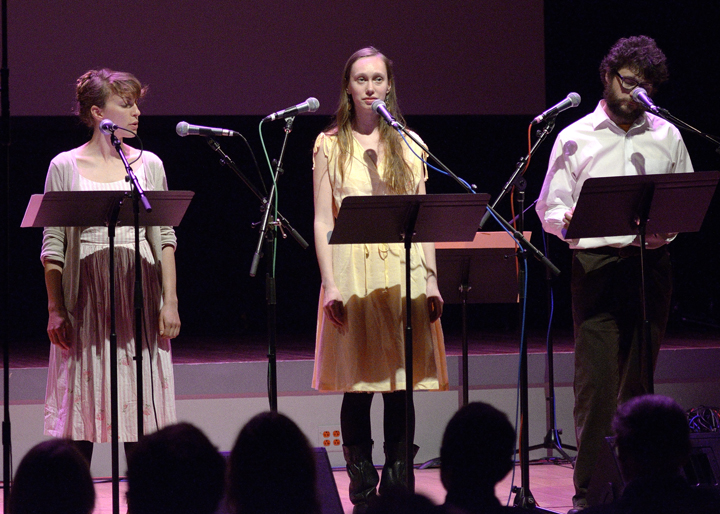 When Roulette was founded in a TriBeCa loft in 1978, New York City was bankrupt, subways were covered in graffiti, and the city, more than ever, needed a place for artists and audiences alike to call home. A place where—as the emcee of Thursday night's performance, David Garland, said—audiences could come "to hear something new, to be surprised, and to be engaged."

Last Thursday, Roulette celebrated 35 years of adventurous music making with an evening entitled "Sound Bites," a reference to the snapshots of different work that had previously been done at Roulette, all compressed into one night. And, as if to further commit to the idea of accessibility, their celebratory evening was only $25 (though a $35 ticket came with a tote bag, like any quality nonprofit organization), and full of extraordinary performances.

What was particularly adventurous about the programming, however, is that it was a concert of new music without a single world premiere. While there is always a desire for new, envelope-pushing work, Roulette doesn't create new works and then leave them to gather dust; they are devoted to creating a new canon of regularly performed works by living composers.