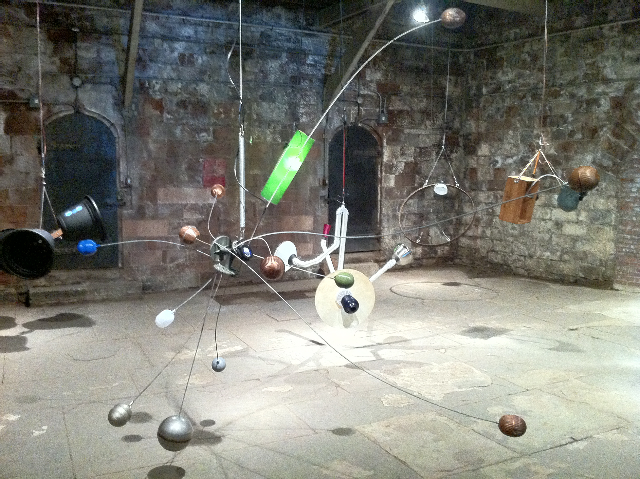 Most trips to the Caramoor estate in bucolic Katonah, New York end with a charming Italian Opera, chamber music, or maybe some jazz. One thing you wouldn't expect to hear is progressive sound art—but Stephen Moore, curator and artistic director of Caramoor's inaugural Garden of Sonic Delights aims to change that. Through November 2nd, the 90 acre campus features over 10 site-specific artworks, providing curious listeners the opportunity to linger among the leafy scenery so often neglected by those who attend only for a specific concert.

The long term installations are all Caramoor commissions, giving the artists a chance to create specifically for the space. Stephen Vitiello’s “You are the Sweet Spot” programs recordings of guitar and synthesizer drones that harmonize with the interior of the Italian Pavilion. The resulting effect is a heightened sense of pitch, echoing slightly and seeming to follow you around the space.

Betsey Biggs lets visitors compose their own, nonlinear piece by walking through her “Sunken Garden.” Electromagnetic waves given off by induction loops hidden beneath the surface of the garden are picked up by a monitor and transmitted to headphones given to each participant who enters. The loops slide into one another, overlapping and swirling—the experience is akin to exploring some underwater city.

Whether it's a performance of contemporary music in South Beach or Wagner in the Berkshires, I realized long ago that young musicians can more than hold their own in a concert setting, especially when surrounded by 100 or so of their peers. But, there must have been something especially daunting about the prospect of performing at Carnegie Hall - arguably this country's greatest stage - for the teenaged members of the National Youth Orchestra of the United States of America, who made their Carnegie debut on Tuesday night in a special summertime concert that was, to the best of my knowledge, without precedent at the 123-year old institution.

Founded last year by Carnegie's Weill Music Institute, the NYO-USA brings together young musicians from all across the country for summer of music making. Aspiring orchestra members apply online with a video audition and are selected based on a variety of factors, including their responses to questions such as: "How would you describe your instrument's personality?" Upon arrival in early July, the musicians - who must be non-conservatory students - undergo two weeks of training at SUNY Purchase with section leaders from top orchestras such as the Chicago Symphony and The Cleveland Orchestra. Last year, the NYO-USA toured with conductor Valery Gergiev to London, Moscow, and St. Petersburg; this year, they are traveling across the U.S. with St. Louis Symphony music director David Robertson.

Taking the stage Tuesday night in bright-red pants and red, white and blue Cons, the NYO-USA kicked things off with Leonard Bernstein’s Symphonic Dances from West Side Story, evoking memories of another youth orchestra who performed on this stage a few years ago. Despite some wobbles in the brass and winds, the kids gave an electric performance of this jazzy score, showing some real swagger in the strings and shouting "Mambo" like they were the NY Phil; no doubt Robertson clued them in that the Phil gave the world premiere on this same stage in 1960. 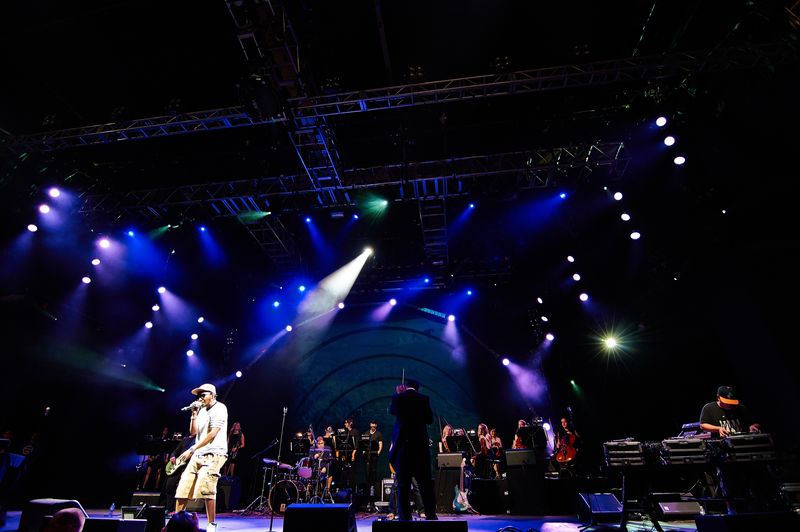 On Saturday, Deltron 3030 played a free show at the Prospect Park Bandshell as part of the ongoing Celebrate Brooklyn Series. The group, which consists of Del The Funky Homosapien, Dan The Automator and Kid Koala, were supported by an eight person string ensemble, four backup singers, a four person horn section, bass, drums and electric guitar.

Montreal based multicultural/multilingual group Nomadic Massive opened with a set showcasing their great live energy. Using only turntables and vinyls, Kid Koala followed with a solo DJ set that set the stage for hip-hop the way it should be performed. 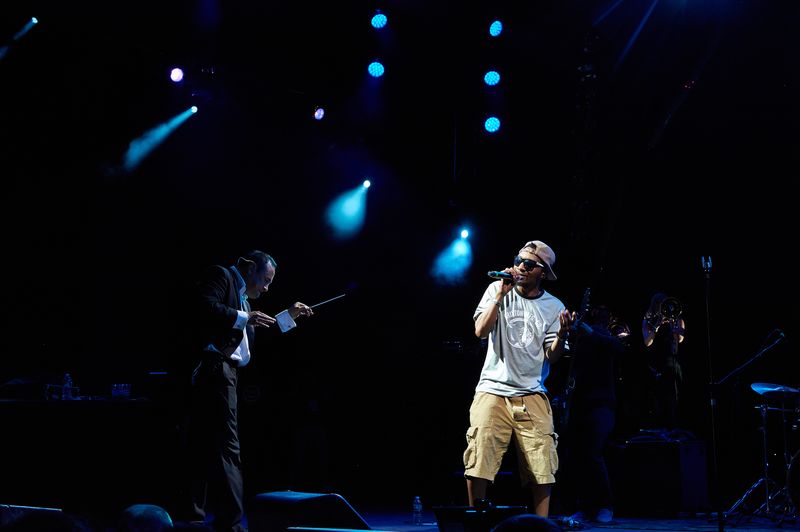 More photos below and on the photo page. 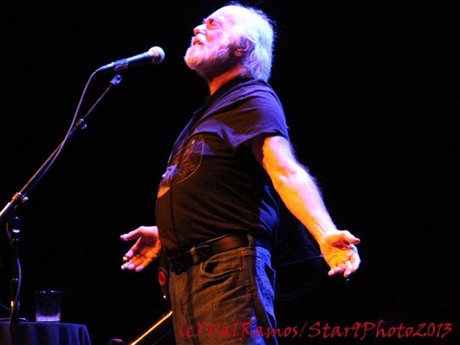 In their heyday, which never ended if you're a Deadhead, the Grateful Dead were distinguished by great tunes, long jams, and exquisite, poetic lyrics. Lyricist Robert Hunter, the silent member of the band, will perform some of the Dead's iconic songs over the next few nights at City Winery.  More than a wordsmith, Hunter was integral to the band, particularly in their mind-bending, culture-changing early years. This is an historic event for anyone who loves rock history and wants to revisit those far-off but forever influential times.