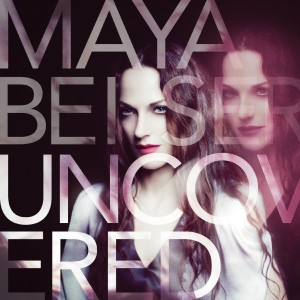 Cellist Maya Beiser wants to change the way people look at rock music. Or, more accurately, music in general. Raised in Israel, Beiser was groomed for a career as a concert soloist until she had an awakening of sorts at 15, when she heard Janis Joplin for the first time.

"It blew my mind," Beiser says. "It was this revelation, that someone could be so raw and leave it all out there."

Not long after, Beiser moved to the States where she embarked on a more unconventional career path, first as a founding member of the Bang on a Can All-Stars, then as a globetrotting soloist whose multimedia performances have altered the way audiences think about the cello. But, Beiser never really shook the rock bug, so two years ago, she approached fellow Bang on a Can alum Evan Ziporyn to see if he'd arrange some of her favorite songs by Led Zeppelin, AC/DC, Pink Floyd and others. The resulting Uncovered, released on Tuesday, is less of a cover album (think Portland Cello Project or 2Cellos) than a total reimagining of these classics, using the expressive capabilities of the cello (along with some subtle electronics) to peel away our embedded notions of how these songs should sound. It is, according to Beiser, "a journey into the inner layers, untouched surfaces, nameless colors, dazed images."

Beiser will be performing selections from Uncovered next Thursday (9/4) at LPR, along with additional works written for her by Glenn Kotche, David T. Little and David Lang. I had the chance to chat with Maya on the phone earlier this week about the new album, as well as her thoughts on music in general. Check out her responses below. Martin's Polyptyque, a 1973 Menuhin commission based on Duccio di Buoninsega's paintings of the Passion at the altar of the Siena cathedral, features a solo violinist with double string orchestra in a taut but pungent score.  Described as "cinematic" in the program, the sound world of this work shares much with mid-century film scores, its harmonies becoming crunchier in the dramatic images and more widely spaced and placid in the sacred portions.  As both this work and Bach's are Passion stories, a certain alliance seems possible.  Certainly, the sturdy Bach chorales shone as exaltant reflections on the (often dark) drama of the Martin work surrounding them, especially given violinist Patricia Kopatchinskaja's glassy, sharp-edged tone (wearing for long periods). It wasn't clear, however, that the Martin benefitted from being broken up in this manner - the last two sections, 'Jugement' and 'la Glorification', have their own internal contrast which was inevitably lost with a chorale stuck in between.

By contrast, the performance of Mozart's Requiem that followed was excellent, beyond question.  The Concert Chorale of New York did great work here, showing a fine range of sound and attention to detail.  Conductor Louis Langrée kept everything moving along at a good clip, which only served to heighten the music's drama and contrapuntal energy.  Unfinished as it is, the 'Requiem' score is an invitation to tinkering, from which Langrée himself is not immune.  Although there is probably no saving the Süssmayr-composed 'Sanctus' from its brassy, simplistic view of salvation, the remainder of the score did not fail to command attention. Until next summer! 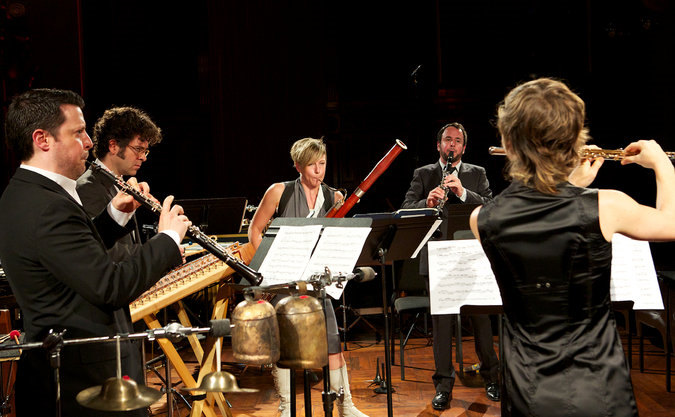 For the third time this week, the International Contemporary Ensemble (a.k.a., ICE) appeared at the Park Avenue Armory's Board of Officers Room Thursday night with a program of recent and not-so-recent works. First up was Dai Fujikura's Minina (2013) for woodwind quartet and hammered dulcimer, a colorful ensemble inspired by the birth of the composer’s first child. With their lively body movements, the players themselves seemed to embody the character of a child. Claire Chase, ICE’s artistic director, opened with a broad bass flute solo evocative of traditional Japanese music, accompanied only by sparse, quiet tapping, creating an airy effect like wind rustling through trees.