Newcomers to the music scene maybe not, but the pull of Brooklyn’s Beach Fossils was too strong to resist Thursday night at Brooklyn Bowl. Lush reverb, loose verse/chorus structure, catchy riffs and relentless yet unobtrusive drumming: it all makes way for that hazy soundscape that you can just check out in and sway a little. (In fact, singer-songwriter Mac Demarco was swaying right in front of me.) Some might say Beach Fossils' original lineup can’t be beaten, but they’re not trying to beat it. Just enjoy, relax, and kick back like you’re at a city beach listening to 'Careless'.

Tennessee rockers Colony House unfortunately proved they weren't the right support for the dream pop headliners. They were caught somewhere in between Coldplay and Kings of Leon: a barren wasteland devoid of any sort of life. Don’t get me wrong: they were tight, with strong vocals and catchy guitar melodies. The drummer had it going on. But, you wouldn’t go to a Slayer concert and expect to see Miley Cyrus supporting. Same principle here, except that Miley Cyrus rules.

Small Black were unfortunately in the same boat as Colony House: good, just not what the crowd was looking for. The synth-heavy group are all dance pop and very fabulous, darling: think a less rigid version of Neon Indian but with girlier vocals. Check out ‘Breathless’ for a taste of what they have to offer.

I was sorry to miss Delaware outfit Fiancé, because the recordings I’ve heard from them are actually really sick, and much more in touch with the vibe the audience were seeking. Check out ‘Era’ to get a sense of their hazy, laid-back dream pop. 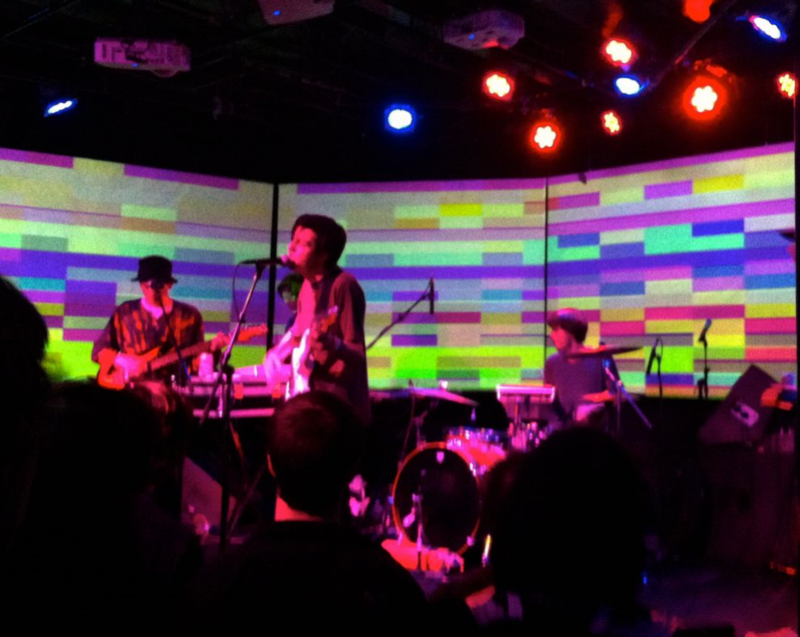 I arrived at the Brooklyn Night Bazaar last Tuesday just in time to catch Glasgow thrashers PAWS take the stage. Their set was three parts brutal garage punk to one part dream pop. Lots of yelling. Lots of jumping around. But then, washes of pretty melodies and hazy vocals, such as ‘Sore Tummy’. The band complained that their gear was ruined after touring, but I’m pretty sure at least one guitar was self-smashed by the close of the set. Yeah, rock n’ roll!

Having seen past projects from a couple of the members of SPLASHH in Sydney, Australia (R.I.P. Pineapple Head, Domeyko Gonzalez), I was keen to see what London & New York had done to their sound. It was sick, way more synth-heavy and progressive than than their popular early track ‘All I Wanna Do’, but still lovely and cloudy, and my favorite set of the night. Check out ‘Colour It In’ to get an idea of their exciting new direction.

Brooklyn heavyweights DIIV also dished out some new material, but it was the old(er) favorites such as ‘Wait’, ‘Follow’ and ‘How Long Have You Known’ that created more of a buzz. A bizarre, monotone cover of Bob Dylan’s ‘Like a Rolling Stone’ had even the teeniest of boppers looking slightly puzzled.

More Tuesday pics below and here. 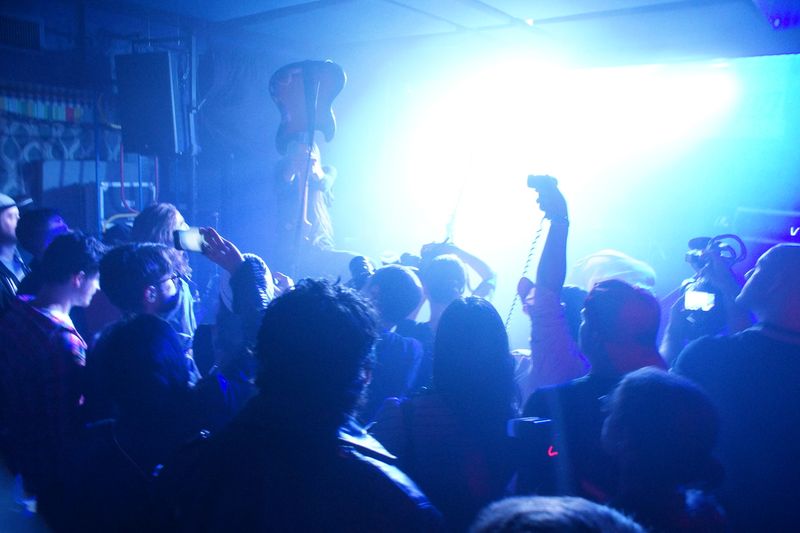 Well, I never made it out of Williamsburg on Saturday for the last day of CMJ, but I hardly felt deprived of good, interesting music. As on Friday, I started at BV's day party at Baby's All Right, arriving just as LA's Girlpool was setting up. The guitar duo did the cute riot grrl thing, with pigtails and high pitched voices singing tracks like and "Stomach Ache" and "Blah blah blah."

But, it was no preparation for Japan-by-way-of-UK band Bo Ningen, who mixed punk, noise, progressive rock and hardcore in an overwhelming set that blew me away the same way Ryoji Ikeda did a week earlier. (It helped that Baby's All Right set loose their crazy stage display, which looked like a Lite Brite on speed.) Goddamned ferocious. What is it with the Japanese, anyway? 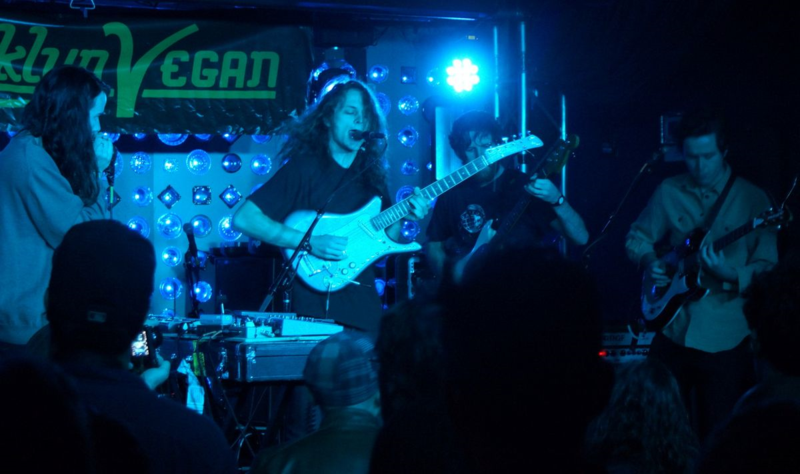 I got an earlier start on Friday, thanks to Brooklyn Vegan's day party at Baby's All Right, celebrating it's 1st anniversary after opening during last year's CMJ Music Marathon. Starting things off were hardcore trio The Wytches, who mixed Dinosaur, Jr. with ghost western twang. Cincinnati's Tweens played high energy speed rock featuring the prodigiously talented Bridget Battle on lead guitar and vocals. And, despite the silly name, Melbourne's King Gizzard and the Wizard Lizard was the day's most impressive act, mixing four guitars, two drumkits and the occasional flute for a wild, relentless psych-out that blended Jethro Tull with Thee Oh Sees. (Sadly, I didn't stick around long enough to catch Detroit post-punk's Protomartyr.)

A quick ride up Bedford on the B62 brought me to Rough Trade: the NYC outpost of the UK record store, complete with a Bowery Presents venue in the back. I got there just in time to catch an unanounced set by UK modern rock vets James, playing a set of new tracks from their latest release La Petite Mort, which lead singer Tim Booth said was about "embracing our mortality with bravery and joy." Pretty amazing experience to hear a multi-platinum band play a plugged-in set with only 50 or so others.

Over at Union Pool, I heard recent Portland transplant Laura Gibson play a quiet, haunting solo set, accompanying herself on acoustic guitar. Gibson will be playing again next Friday, 11/7 as part of Paper Garden Records new free, live monthly concert series at Chelsea Market, along with ARMS and Cassandra Jenkins.

Later that night, I made it back to the Lower East Side, where I caught Quebec MC Eman x Vlooper and Toronto R&B singer Allie at the M for Montreal showcase at Arlene's Grocery. There was more Canadian music over at Cake Shop, where London's (Ontario, not UK) Single Mothers unleashed a set of pure, feral energy, with frontman Drew Thomson making me feel a bit uneasy with his relentlessly direct eye contact. Until the mosh pit broke things up.