The Bad Plus Play Ornette Coleman with the Joshua Light Show 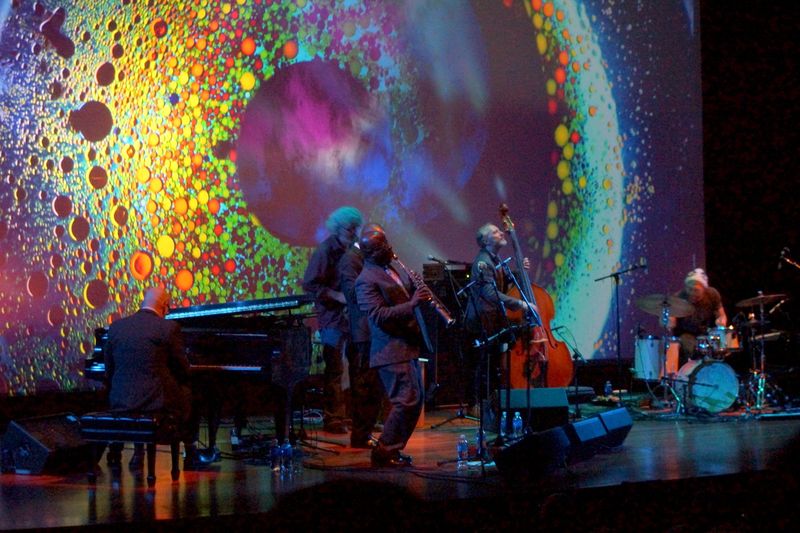 In between CMJ hopping on Thursday night, I had the chance to stop by NYU's Skirball Center for The Bad Plus' (pianist Ethan Iverson, bassist Reid Anderson and drummer Dave King) take on Ornette Coleman's 1971 concept album Science Fiction, backed by the trippy psychedelic visuals of The Joshua Light Show. Joined by Sam Newsome (soprano saxophone), Ron Miles (cornet) and Tim Berne (alto saxophone), they played the entire album, along with several "bonus tracks", including the soaring encore, "Happy House." For an album that was cut back when the original Joshua Light Show was backing everyone from The Grateful Dead to Jimi Hendrix, the music sounded remarkably fresh and current, even experimental.

There are two more Joshua Light Shows tonight at the Skirball Center, featuring post-punk legends Television (7pm) and J. Spaceman & Kid Millions (10pm). Tickets available at the box office or online. (Note: these are not CMJ shows.) More pics on the photo page. 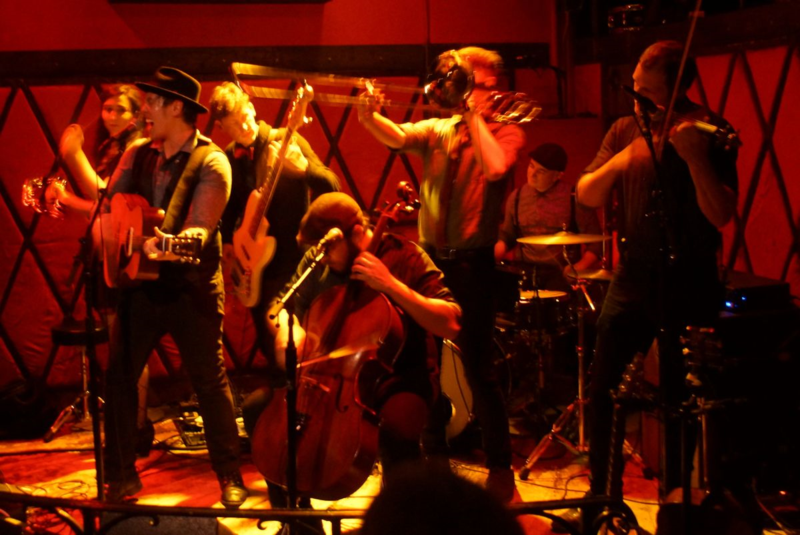 I danced in between the raindrops last night in search of new discoveries last night, the second night of CMJ 2014, containing myself mostly to the Lower East Side before venturing across the East River for a late, ill advised jaunt to Williamsburg. Along the way, I encountered seasoned vets (The Ocean Blue at Pianos), half-baked electropop (Tel Aviv's Skyroads) and a pair of tight, high octane Toronto bands (Beliefs; Poor Young Things) that put most of their south-of-the-border peers to shame at the Canadian Blast showcase, where there was no mention of the shooting in Ottawa earlier that morning.

But, the only band that really piqued my interest last night was San Francisco's The Family Crest, who performed at Rockwood Music Hall as part of The Deli Mag's Roots showcase. The nine-piece mini-orchestra of brass, strings, keys, and the occasional flute was anchored by the charismatic Liam McCormick, who played piano and guitar while singing with a fiery intensity I've rarely seen outside the punk/hardcore world. There are lots of bands these days trying to do the Mumford and Sons/DeVotchKa thing - big sweeping harmonies leading to ecstatic choruses, all in a rootsy vibe - but very few actually manage to pull it off. Count The Family Crest one of them. Well worth the wet jeans and sopping socks, which I think are almost dried out by now... 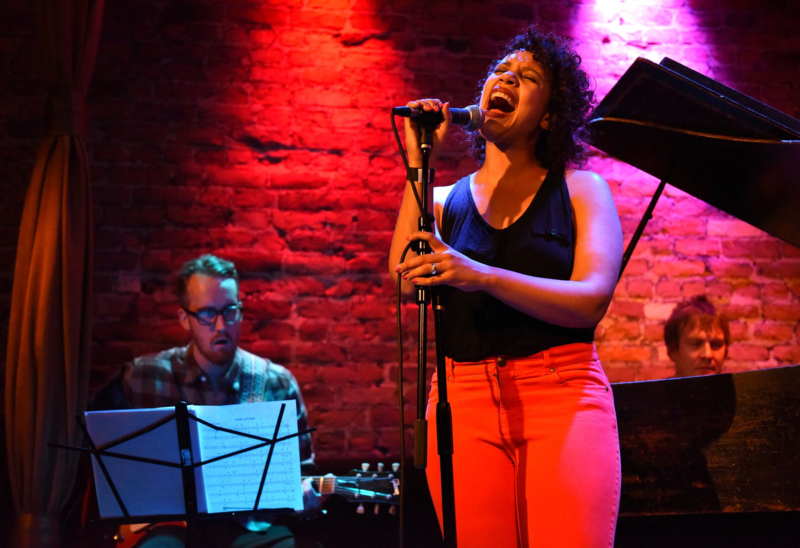 For the last 34 years, the CMJ Music Marathon has presented New York with an overwhelming number of live music performances crammed into just five days. This year, there are over 1,400 bands appearing at more than 80 venues in Manhattan and Brooklyn, some trying to get signed to a recording contract, others already with contracts but trying to amp up their profile.

Trying to determine which performers to see from this incredible bounty of music is an impossible task (though CMJ does offer a daily guide of "Top 10 artists to see.") And not feeling any compulsion to see the “coolest” show or the “next big thing” (like getting to say you saw the Beatles in Hamburg), I just jumped in, randomly.

I started at Bowery Electric, down along the Bowery near East 2nd Street. I was there early, around 6:00 pm, so I was not surprised to see there were more people with CMJ credentials hung around their necks standing outside the club smoking than there were people inside. The Map Room on the main floor is a tiny room at the far end of the bar that can seat about a dozen people, if that. And the stage does not face the seating. There really is no way for an audience to see a band here, only hear it. And your best bet for even hearing the music is to actually be a member of the band. Or be the sound guy with frizzy hair parted in the middle who sits arms-length from the stage, adjusting the reverb. In other words, if you've been sent to play in this cramped, dark, afterthought of a space, you've been sent to music Purgatory. It's not quite Hell, but it sure ain't Heaven.

A bearded guy named Fred, wearing a plaid shirt and a plaid hat (and different patterns of plaid at that), was just finishing up his set. I heard him sing a couple of songs, but a day later I can't remember anything about them. He reminded me of some dad with a guitar singing songs at a Saturday program at my kid's school.

It's early, I thought. It’ll get better.